Toyota City, Japan, Jun 14, 2021 - (JCN Newswire) -  Lexus announced the world premiere of the all-new NX, the first model of Lexus' next-generation range. The NX, as well as the forthcoming model lineup, will better meet the diversifying needs and lifestyles of customers the world over, and in doing so, will promote the realization of a carbon-neutral society.

Lexus NX (Prototype)
Since its establishment in 1989, Lexus has been committed to the spirit of innovation and has continued to take on the challenge of providing new technologies and values to its customers. With the launch of the first-generation RX in 1998, Lexus created a new category of luxury crossover SUV and has been a leader in the realm ever since. In 2014, Lexus launched the NX, based on the concept of "Premium Urban Sports Gear." Since then, the luxury crossover has been well-received by customers for its agile driving performance and powerful design. As of the end of April 2021, the NX has sold a cumulative total of approximately 1 million units in more than 90 countries and regions, and together with the RX, has grown to become a core global model for Lexus.

The new NX is the first model to introduce the next generation of Lexus and is based on the development concept of "Vital x Tech Gear." This concept combines vital dynamism (Vital) with advanced technology (Tech). The new NX features improved linear response thanks to the strengthening of the car's fundamentals, a design that attracts attention with athletic proportions, and many advanced, new technologies. Also, in order to establish the unique driving experience to be found in future electrified vehicles, Lexus focused on thoroughly improving driving control, aerodynamics, and weight reduction. In addition, based on the "Lexus Electrified" electrification vision, the new NX will be available as both HEV and--a Lexus first--PHEV, further accelerating the rollout of electrified vehicles. In addition, Lexus will respond to the diversifying needs of customers by offering a wide lineup of powertrains, including models powered by a 2.5-liter naturally-aspirated or a 2.4-liter turbocharged engines, among others.

Highlights:
- Under the "Lexus Electrified" initiative, the all-new NX accelerates the proliferation of electrified models by being Lexus' first-ever Plug-in Hybrid Electric Vehicle (PHEV) also offered as a Hybrid Electric Vehicle (HEV).
- The all-new second-generation Lexus NX, a highly successful luxury crossover around the world, offers elevated levels of driving performance, design, and advanced technology.
- As the first all-new model developed under the "Lexus Driving Signature", the NX involves a confidence-inspiring level of dynamic behavior that can be expected on future new models.
- The all-new NX displays elements of an evolved Lexus design language that pursues "Simplicity" rooted in technology and "Uniqueness" in proportions that contribute to a dynamic performance.
- The all-new NX possesses the latest Lexus advanced safety technologies and convenience enhancements based on the Japanese luxury brand's human-centered approach. 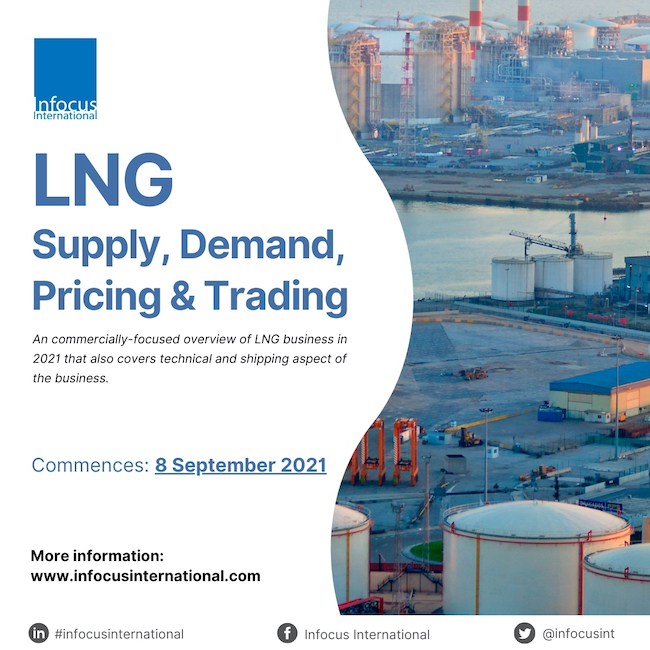 Singapore, Jun 14, 2021 - (ACN Newswire) -  The best rated LNG Supply, Demand, Pricing & Trading online training is back by popular demand with updated agenda and it will be commencing live

ScoopAsia
—
All-New Lexus NX Premieres, Heraldling the Start of the Lexus Next Chapter
Share this