TOKYO, Apr 14, 2022 - (JCN Newswire) -  Mitsubishi Motors Corporation announced that the plug-in hybrid electric vehicle (PHEV) model of the all-new Outlander won the iF DESIGN AWARD 2022 - one of the world's most prestigious design awards - organized by iF International Forum Design GmbH based in Hannover, Germany. This marks the first time that Mitsubishi Motors has received the world-renowned design prize.

Since 1954, the iF DESIGN AWARD has honored outstanding design and is recognized as a symbol of design excellence around the world. For the iF DESIGN AWARD 2022, around 11,000 entries submitted from 57 countries were judged by a jury of international design experts based on five criteria - idea, form, function, differentiation and impact.

The all-new Outlander PHEV model is Mitsubishi Motors' flagship model which brings together the best in electrification and all-wheel control technologies, while also utilizing a new-generation platform and an array of advanced technologies. Under the design concept Bold Stride, the exterior features thick, horizontal proportions which produce a bold, fixating presence, and jet tail fin pillars inspired by the vertical tail of airplanes which express the vehicle's powerful and nimble road performance. Inside, materials were carefully selected to enhance the premium feel, while the horizontally-sculpted instrument panel which makes it easy to understand the position of the car while driving adds a feeling of robustness and spaciousness. In winning the iF DESIGN AWARD 2022, the all-new Outlander was especially recognized for its form, function and differentiation.

"We are truly honored that the all-new Outlander, which epitomizes the new generation of Mitsubishi design, has received one of the most renowned design awards in the world," said Seiji Watanabe, division general manager of design, Mitsubishi Motors. "The all-new Outlander has been well received by customers in Japan since the start of sales last December, and this award will give us further momentum to introduce our all-new flagship to even more users."

The winners of the iF DESIGN AWARD are selected in multiple disciplines which include product, packaging, communication and service design, architecture and interior architecture, as well as professional concept, user experience (UX) and user interface (UI).

Mitsubishi Motors Corporation (TSE:7211) -a member of the Alliance with Renault and Nissan-, is a global automobile company based in Tokyo, Japan, which has more than 30,000 employees and a global footprint with production facilities in Japan, Thailand, Indonesia, mainland China, the Philippines, Viet Nam and Russia. Mitsubishi Motors has a competitive edge in SUVs, pickup trucks and plug-in hybrid electric vehicles, and appeals to ambitious drivers willing to challenge convention and embrace innovation. Since the production of our first vehicle more than a century ago, Mitsubishi Motors has been a leader in electrification-launched the i-MiEV - the world's first mass-produced electric vehicle in 2009, followed by the Outlander PHEV - the world's first plug-in hybrid electric SUV in 2013. The company announced a three-year business plan in July 2020 to introduce more competitive and cutting-edge models, including the Eclipse Cross (PHEV model), the all-new Outlander and the all-new Triton/L200.

For more information on Mitsubishi Motors, please visit the company's website at
https://www.mitsubishi-motors.com/en/ 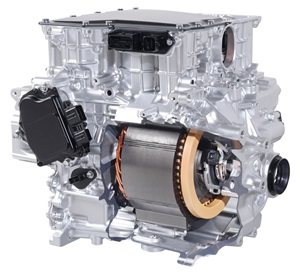