It is reported that the Traffic Carnival of DOU+ will provide traffic promotion services for businesses, which in turn will provide a broader market for marketing service providers on DouYin ecosystem chain. DOU+ helps merchants expand their compatible traffic pools. In order to take full advantages of DOU+ and achieve final profit realization, sophisticated and powerful algorithm should play the most significant role to achieve the purpose of precise matching, so that the tremendous traffic of 618 can be converted into precise and tangible profits.

Under the scenario of "product recommendation" of the e-commerce, in order to apply DOU+ to "product recommendation" videos, "precise" setting is required by merchants to approach targeted audience to promote their merchandises. In this way, directional promotion of traffic from short videos to Taobao/Tmall/JD stores can be optimized and improved, boosting the efficiency in converting best-selling items and increasing merchandises' traffic. Under the scenario of live streaming e-commerce, merchants require "precise" traffic directing through real-time interaction in order to stimulate and arouse users' consumption interests to promote conversion. Under the scenario of store exploration on DouYin, with the help of DOU+'s "preferential products promotion" to reach targeted customers, local merchants "precisely" position local customers, in order to improve stores' effective rate of reaching users in the same cities through the traffic of 618.

Observers mentioned that the e-commerce shopping festival is shifting towards the "precise" operation, representing the inevitable trend of e-commerce development in the era of data algorithms. It also provides mutual benefits for various parties, such as MarTech service providers with data algorithm capabilities, among which Joy Spreader is an absolute leader. Combination of high-quality traffic of DOU+ and precise algorithm of the service providers can support businesses effectively to match with the consumers' demands and reach more precise target groups to making full use of the traffic, while assisting product distribution of entrepreneurs and precise monetization of content publishers.

According to the data, Joy Spreader is one of the first MarTech companies to obtain sufficient advantages by taking early initiatives in the video e-commerce segment in China. Since January 2019, Joy Spreader became one of the first service providers on DouYin ecosystem with the utilization of data algorithm and interest recommendation technology to promote video content monetization business. By the end of the Q1 2021, Joy Spreader has access to more than 639,000 realizable access points on its new media database, including large proportion of DouYin accounts. 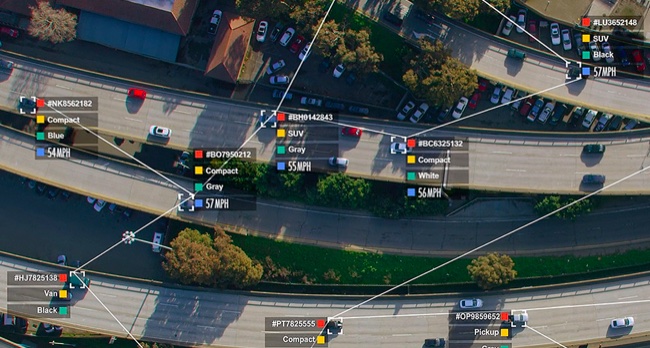 San Francisco and Tokyo, Jun 17, 2021 - (ACN Newswire) -  Woven Capital, L.P. today announced that it has made an investment in Ridecell Inc., a leading platform powering digital transformations and