Revenue for FY2019 was US$288.6 million, a yoy increase of 1.5% as compared to US$284.3 million revenue recorded in FY2018. This was mainly due to higher sales in local currency terms in the Group's key markets partly offset by lower sales contribution from the Group's South-East Asia market mainly due to rationalisation of underperforming markets and lower translated revenue resulting from depreciation of the Russian Ruble against the US dollar.

Gross profit was US$111.8 million, up 0.8% as compared to prior corresponding period, with gross profit margin of 38.7%.

Selling and marketing expenses were lower by US$6.3 million or 13.3% from US$47.8 million in FY2018 to US$41.5 million. The decrease was mainly due to rationalisation of underperforming markets partly offset by higher manpower cost.

General and administrative expenses decreased by US$1.5 million, from US$41.4 million in FY2018 to US$39.9 million. The decrease was mainly attributable to lower provision for doubtful debts partly offset by higher manpower cost.

For FY2019, the Group generated net operating cash flows of US$39.3 million mainly due to better performance and better working capital management, bringing its cash and cash equivalents to US$54.7 million.

Commenting on the Group's results, Mr. Tan Wang Cheow, Executive Chairman of Food Empire said, "FY2019 was a spectacular year for the Group and we are pleased to deliver yet another set of stellar results. The favorable outcome is a testament to the effectiveness of the Group's strategies implemented to address identified problems and improve profitability. Moving ahead, we will remain focused on growing our key markets, streamlining our business operations and looking for strategic mergers & acquisitions opportunities to achieve sustainable growth."

The outbreak of the novel coronavirus (COVID-19) in China has since spread to a number of other countries. While efforts have been made to limit the advance of the disease, there is still substantial uncertainty over the duration and severity of COVID-19, which is expected to adversely affect global supply chains and threaten economic growth.

At this moment, the Group assessed that the health crisis is unlikely to have any direct or significant impact on its plans for the year. The Group expects business in its key consumer markets to remain resilient against the backdrop of a moderately acute and well-contained epidemic.

The Group will continue to invest in branding, product development and expanding distribution networks to capture greater consumer mindshare. It will also carry through corporate transformation initiatives to restructure business operations and streamline the organisation into a more cost efficient and sustainable global business.

The Group may face currency volatility in core markets such as Russia, Ukraine, Kazakhstan and CIS countries, which could impact the results of the Group.

Following the success of its first Non-Diary Creamer ("NDC") plant, which is currently fully utilized, the Group has unveiled plans to commence the construction of a second NDC project on its existing plot of land located in the Iskandar region of Malaysia. The project will leverage on existing infrastructures and resources and is expected to take place over the next 24 months. When completed it will increase the existing capacity and offer a wider range of NDC products.

The Group's Instant Freeze Dry Coffee plant in India is expected to be completed and will commence commercial production during the year.

The Group will take a cautious and targeted approach in evaluating M&A opportunities that are synergistic to the Group.

Food Empire's products are exported to over 50 countries, in markets such as Russia, Ukraine, Kazakhstan, Central Asia, China, Indochina, the Middle East, Mongolia and the US. The Group has 24 offices (representative and liaison) worldwide. The Group operates 7 manufacturing facilities in Malaysia, India, Vietnam, Russia and Ukraine.

Food Empire's strength lies in its proprietary brands - including MacCoffee, Petrovskaya Sloboda, Klassno, Hyson, OrienBites and Kracks. MacCoffee - the Group's flagship brand - has been consistently ranked as the leading 3-in-1 instant coffee brand in the Group's core market of Russia, Ukraine and Kazakhstan. The Group employs sophisticated brand building activities, localised to match the flavour of the local markets in which its products are sold.

Since its public listing in 2000, Food Empire has won numerous accolades and awards including being recognised as one of the "Most Valuable Singapore Brands" by IE Singapore (now known as Enterprise Singapore), while MacCoffee has been ranked as one of "The Strongest Singapore Brands". Forbes Magazine has twice named Food Empire as one of the "Best under a Billion" companies in Asia and the company has also been awarded one of Asia's "Top Brand" by Influential Brands. For more information, please refer to: http://www.foodempire.com 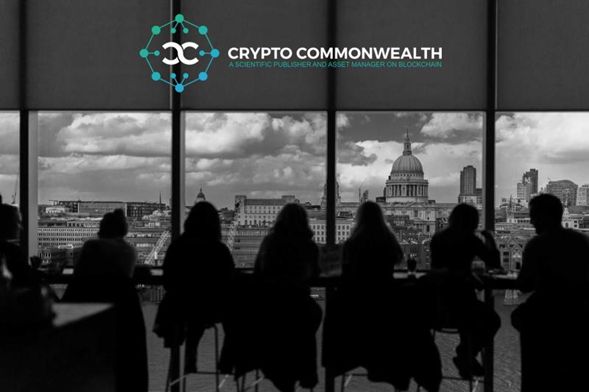 SINGAPORE, Feb 25, 2020 - (ACN Newswire) -  When people talk about the biggest scientific publishers, the names Nature and Science are always included. The ongoing blockchain revolution is incubating such an excellent