Gala Games, a pioneer in blockchain gaming will feature as the headline sponsor for the inaugural virtual edition of World Esports and Gaming Summit - Asia, an event presented by Trescon & Semper Fortis, on 23-24 September 2021. Jason Brink, President of Blockchain at Gala Games will be among the top speakers joining the summit.

Saturday, 22 May 2021: One of the first companies to use blockchain technology in the gaming industry, Gala Games, will feature at Trescon's virtual edition of the World Esports and Gaming Summit on September 23-24, 2021. With a special focus on Asia, the inaugural summit aims to gather over 300 global attendees including the thought leaders and experts from the global gaming & esports ecosystem.

Among the top technology leaders and speakers who will join the global conversation will be Jason Brink, President of Blockchain at Gala Game. Jason is a recognized leader, speaker and commentator in the cryptocurrency and blockchain space. Jason is passionate about equity, mobility and security, and believes that decentralized technology will provide a much-needed change for people across the world.

Having been previously recognized by the Bill and Melinda Gates Foundation, winning the Global Development Network Prize for 'AidDollar', a novel blockchain-based solution to solve the problems endemic to foreign aid, he is currently immersed in designing and building the ecosystem for the world's leading blockchain gaming company Gala Games.

According to Mithun Shetty, CEO of Trescon, The summit will essentially explore how Asia is anticipated to dominate the esports and gaming landscape in the next years, owing to a favourable environment, a cultural inclination for games and genres, significant levels of investment, and a solid gaming infrastructure. He said, "We are extremely honoured to feature Gala Games as the Headline sponsor for the event. Gala Games is vehemently changing the gaming ecosystem by the use of Blockchain Technology." He further added, "The summit will feature regional and international, keynotes, panel discussions, tech talks and more from leading experts from the industry."

Gala Games was founded with one goal in mind: to give power back to the gamers. Their mission is to enable freedom through play. To this end, we have embarked on one of the most ambitious development projects to date - the creation of the Gala Games Ecosystem.
Founded by Eric Schiermeyer (the co-founder of Zynga and gaming legend), Wright Thurston (one of the first major miners in the cryptocurrency space and holder of multiple patents on blockchain technology), and Michael McCarthy (the Creative Director behind viral gaming hits such as Farmville 2), Gala Games is here to fundamentally redefine both the gaming and blockchain spaces.

World Esports and Gaming Summit, is Asia's biggest foray into the esports and gaming space. Set over the course of 2 days, the summit, hosted on a virtual platform, will cover the current state of esports and build on the already strong framework of gaming within the continent.
With an aim of hosting over 1500+ executives/professionals/enthusiasts from all gaming industry verticals, the summit will also act as a platform for change to discuss, deliberate and share insights within these forward moving industries.

Semper Fortis translates in Latin to "Always Strong", channelling its expertise in sports, media and entertainment to strengthen, innovate and add value to the Esports ecosystem in the United Kingdom and globally.

Trescon is a global business events and consulting firm that provide wide range of business services to a diversified client base that includes corporations, governments and individuals. Trescon is specialises in producing highly focused B2B events that connect businesses with opportunities through conferences, roadshows, expos, demand generation, investor connect and consulting services. 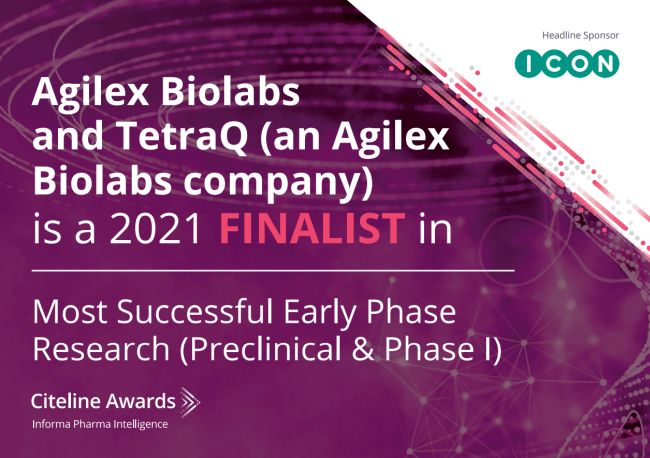 ADELAIDE, AUS, Sep 23, 2021 - (ACN Newswire) -  Agilex Biolabs, Australia's most experienced and technologically advanced bioanalytical laboratory and the only biolab in the region with a dedicated toxicology unit, has been