Genetec also announced their proposal of a bonus issue of 661,564,800 new ordinary shares in Genetec ("Bonus Shares") on the basis of twelve (12) Bonus Shares for every one (1) existing ordinary share in Genetec ("Genetec Share" or "Share") held on an entitlement date to be determined later ("Proposed Bonus Issue"). The Entitlement Date will be determined and announced at a later date upon receipt of all relevant approvals for the Proposed Bonus Issue. In addition, for purposes of clarity, the actual number of Bonus Shares to be issued will depend on the total number of issued Shares on the Entitlement Date and is not intended to be implemented on a staggered basis. Further and final details will be announced upon receipt of all relevant approvals soon.

In their announcements the Company highlighted, "It has been an eventful year. Genetec's bonus issue proposal is part of our efforts to enhance trading liquidity of the Genetec shares, following the recent share price appreciation, as well as to reward existing shareholders on the back of the strong performance of the EV and energy storage divisions. The strong performances have contributed significantly to overall revenue amid steady demand for more sustainable modes of transport and energy. We expect the order book for the EV division to remain significant and to continue contributing to Genetec's financial performance in the coming quarters. As countries and companies step up their transition towards more sustainable and zero emission transport and energy solutions, we are confident that this growth trajectory will continue. It is well supported by the trifecta of global regulatory frameworks, new incentives to promote the adoption of EVs, and a fast-expanding range of EVs. Meanwhile, EV models are becoming more accessible as the ecosystem grows and battery costs drop further."

"While we have a more positive outlook as the global economy reopens amid higher vaccination rates, we remain cautious of spikes in COVID-19 infections that may result in supply-chain disruptions and affect consumer sentiment." 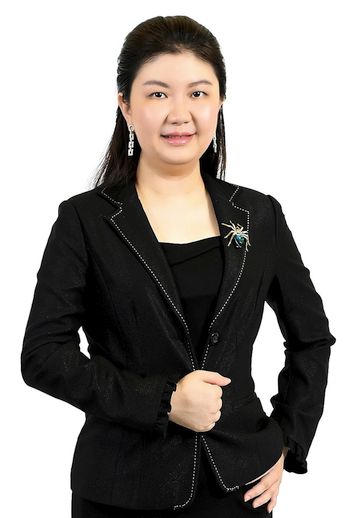 ScoopAsia
—
Genetec Q2FY2022 PAT Up by Sixfold
Share this