THOMASVILLE, GA, Jun 7, 2022 - (JCN Newswire) -  GGTOOR, Inc., (OTCMKTS:GTOR) ("GGTOOR, Inc., "GTOR", or the "Company"), an emerging leader in the eSports markets, announces the Company has successfully closed a deal valued at $102,300,000. The Company believes this is the largest virtual land purchase in history surpassing a publicly announced purchase of $5,000,000 just two weeks ago. The combined parcels will be GGTOORCITY the first ever virtual city devoted to entertainment. When sold out the Company envisions hundreds of businesses in sports, music, gaming, movies, theater, dance, amusement parks, retail, concessions, all making up a virtual city where millions of daily visitors will work and play. The Company will be building an eSports Arena that will become one of the focal points of GGTOORCITY. Certain and specific parcels will go on sale Tuesday, June 14, 2022, at 9:00 AM EST with prices ranging from $375,000 to $28,000,000 per parcel. The less expensive city parcels with prices starting at $8,400 will be released for sale at a future date.

The Company will be holding a worldwide Zoom Call and all interested persons are encouraged to join the call. The Company's CEO, John V. Whitman Jr., will be sharing details on the purchase along with disclosing what Metaverse GGTOORCITY will be a part of. Mr. Whitman will not be taking questions during the call and everyone except Whitman will be on mute. The Zoom Call will be held June 14, 2022, at 9:00 AM EST. To enter the call please use the following coordinates;

John Whitman is inviting you to a scheduled Zoom meeting.

Another month, more records broken! This time, the Company reached new heights on Unique Twitch Viewership, tallying over 39,000 different people tuning in to watch one of our events during the course of May as the action unfolded live, and the number of tournaments hosted by GGTOOR was its largest count yet for a single month. May also saw a 39% increase in total player registrations compared to April, with over 1,600 new players competing in one of our events for their very first time, joining thousands of others that returned to play with us once again.

Hearthstone posted a 47% gain compared to the May event, and not to be outdone, Super Smash Brothers Ultimate posted a whopping 55% increase in player registrations for this week's event!

The special invitational to mark the end of the season for the Wednesday's Pokemon TCG Online Late Night series was finally here, and the timing couldn't have been better, kicking off the new Astral Radiance format with a bang! The community wondered what shifts in the meta to expect; would we see Palkia VSTAR? Darkrai VSTAR? Updated variants of existing powerhouse archetypes? With 30 of the best players in the game, we saw these minds bring a wide variety of decks, including some that were unexpected - when the dust settled, we found the Top 8 featured some of the decks you might expect joined by some surprises such as Gengar VMAX / Houndoom! The other decks that made the cut were Toolbox / Inteleon, Mew VMAX, Palkia VSTAR / Inteleon, Arceus VSTAR / Inteleon, and Rapid Strike Urshifu VMAX / Toolbox.

Starting off coverage of the Top eight, we saw Logan McKay play against Cal Connor in a Gengar vs. Mew matchup. The matchup was absolutely nightmare fuel for Cal on paper, but he was able to take a quick win after Logan had some poor draws game one; However, in game two and three Logan's Path to the Peak shut down Cal's Genesect V, paving the way to victory. The featured SemiFinals match was a slightly closer battle, with WadeDaze going up against Andrew Hedrick in a Mew vs. Palkia matchup.

Throughout the entire series WadeDaze was rarely able to get OHKOs with Mew VMAX against a Palkia VSTAR, often coming up ten damage shy, largely due to Andrew's use of Tool Jammer to stop Choice Belt from adding the extra thirty damage - this tech helped him secure the match win! The Grand Finals found Andrew against another Mew, this time being piloted by Augusto Beringer. Game one Augusto donked on Andrew, who lost due to an empty bench when his Lumineon V was knocked out.

Game two Andrew was able to even up the series, repeatedly scoring OHKOs with Palkia VSTAR thanks to a combination of Echoing Horn (to increase damage output), Choice Belt, Leon, and Quick Shooting. Game three was looking terrible for Augusto, but a few critical topdecks and favorable coin flips enabled Augusto to OHKO Andrew's only Benched Palkia V. Andrew struggled to set up with such an aggressive play, and Augusto was able to pick up a few more easy Prize Cards. Andrew tried one last play to stall a Genesect V in the Active Spot with Boss's Orders, but Augusto was able to claim victory by retreating with a Double Turbo Energy to close out the match!

This week's Smash Ultimate event showed us that a tier list does not matter! The Top sixteen was littered with a wide range of characters typically considered under-powered, like Kirby, Dr Mario, Donkey Kong, Villager, and Ganondorf, which promised the viewers would be in for some unique gameplay! Yei, a veteran player regarded by many as the best Meta Knight in the world, joined us for this week's event, showing his range of skill with the decision to not use Meta Knight at all until the very last game of Grand Finals!

Instead, Yei opted to use a variety of different characters over the day, such as Lucina, Byleth, and Palutena, to make it all the way to the Grand Finals without dropping a single set. This includes a 3-0 win over JaZaR, the strongest veteran of all the tournaments in this event series! We also saw an incredible run from Nalexander, making it all the way to third place with Ganondorf, who many consider to be the worst character in the entire game. JaZaR fought his way back to the Grand Finals through the losers side for his chance at a rematch vs. Yei; There was no 3-0 this time, with JaZaR tying up the series 2-2 and forcing a game five, which finally prompted Yei to pilot his well known Meta Knight for game five, ultimately besting JaZar in the final game and earning Yei the championship title!

Since a few years back the metaverse has grown to become a driving force in crypto and the tech world at large, especially with the increasing acceptance and adoption of cryptocurrency, its wallets, and much more.

Without a doubt, demand for metaverse projects has risen dramatically, with more corporations showing unprecedented interest in virtual reality every day. Given the growing corporate fascination with the Metaverse, the general public's attention is also bound to be drawn to the significant technology which is bound to change the course of our digital lives.

It's simpler to think of the metaverse as a hybrid of the physical and digital worlds, which combines the best of both. Even so, it doesn't change the fact that much of the general populace is still in the dark about what the metaverse is, and what it means. We are very excited that soon people will embrace this new technology where they can build the life they always wanted virtually.

Want to participate? Find the plan that best suits you! You can choose between the Bronze Plan, Gold Plan, and Diamond Plan: https://GGToor.com/join.php. If you want to bring your team or friends to GGToor.com, or be a Tournament Organizer, we can support you and help you grow; you can reach a worldwide audience of similar-minded individuals that like to compete and have fun! You can be sure that GGToor.com is here to grow with you. Just follow the link to sign up as an organizer https://GGToor.com/organizerlogin.php If you have any questions about our events visit our socials; Discord https://discord.gg/GUhyZxFH8Q, twitter https://twitter.com/GGToor/ , twitch https://www.twitch.tv/GGToor, and Facebook https://www.facebook.com/eShadowGaming

If your organization would like to be part of this growth and work with Shadow Gaming, contact us at luis@shadowgamingtv.com

GGTOOR, Inc., is engaged in the business of eSports. The Company is aggressively entering the Metaverse by having purchased enough virtual land, 2,144 parcels, to form its own virtual city that will be called GGTOORCITY. The Company has held over 200 video game tournaments and has given away over $150,000 in cash and prizes. GGToor.com is continually being customized and upgraded, with the goal of becoming one of the most comprehensive gaming portals in the world. The Company is now accepting subscriptions from players, gamers, and tournament organizers. To register logon to https://GGToor.com/home.php.

Forward-Looking Statements. This press release may contain "forward-looking statements" within the meaning of Section 27A of the Securities Act of 1933 and Section 21E of the Securities Exchange Act of 1934. We intend all forward-looking statements to be covered by the safe harbor provisions of the Private Securities Litigation Reform Act of 1995. Forward-looking statements generally can be identified by the fact that they do not relate strictly to historical or current facts and by the use of forward-looking words such as "expect," "expectation," "believe," "anticipate," "may," "could," "intend," "belief," "plan," "estimate," "target," "predict," "likely," "seek," "project," "model," "ongoing," "will," "should," "forecast," "outlook" or similar terminology. These statements are based on and reflect our current expectations, estimates, assumptions and/ or projections as well as our perception of historical trends and current conditions, as well as other factors that we believe are appropriate and reasonable under the circumstances. Forward-looking statements are neither predictions nor guarantees of future events, circumstances or performance and are inherently subject to known and unknown risks, uncertainties and assumptions that could cause our actual results to differ materially from those indicated by those statements. There can be no assurance that our expectations, estimates, assumptions and/or projections, including with respect to the future earnings and performance or capital structure of GGTOOR, Inc. 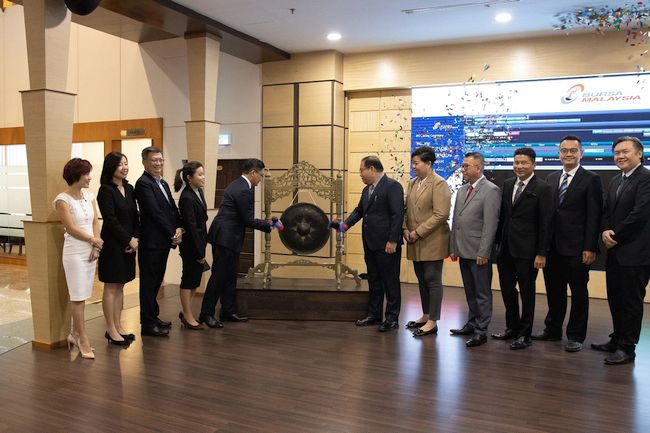