Highlights
- Recorded revenue of HK$367 million, an increase of 35.1%.
- Attained net profit for the period of HK$44 million, representing a decrease of 14.3%.
- Declared an interim dividend of 4.0 HK cents per share.
- Stays optimistic to search for opportunities to expand the land bank for the property development business.

The consolidated revenue of the Group increased 35.1% from HK$272.0 million for the period ended 30 September 2018 ("FH 2018/19") to HK$367.5 million for the FH 2019/20, which was primarily driven by revenue recognition of the sales of three units of Cristallo during the period under review.  Yet the consolidated gross profit decreased by 11% from last year to approximately HK$100.7 million (FH 2018/19: HK$113.1 million), which was mainly attributable to recognition of additional work done in a construction project in last period, but no such additional works was recorded during the current period.

The Board proposed to declare interim dividend of 4.0 HK cents (2018: 4.0 HK cents) per share, payable on 16 December 2019 to shareholders whose names appear on the Company's register of members on 4 December 2019.

Revenue derived from the leasing of data centres (iTech Tower 1 and iTech Tower 2) decreased by 3.7% or HK$2.8 million, from HK$74.7 million for FH 2018/19 to HK$71.9 million for FH 2019/20, primarily due to a decrease of rental related income being recorded as a result of lower electricity consumption by the tenant of iTech Tower 1 during the period under review.

For the property development business, the Group's first property development project, situated at 18 Sai Shan Road, Tsing Yi, New Territories with a gross floor area of approximately 400,000 square feet, is now named "The Grand Marine". The site formation and foundation works are now progressing, and the whole project is expected to be completed in late 2021. The Group launched the presale of "The Grand Marine" in November 2019 and it has received overwhelming response from buyers, with 75% of the residential units being presold and cumulative presale proceeds of approximately HK$3.6 billion being recorded.

"Cristallo", the Group's another property development project located at Prince Edward Road West, Kowloon, was well received by the market since its launch for sales in 2018. During the period under review, sales and delivery of 3 apartments had been completed and revenue of HK$131.1 million was recognised during the period.  Furthermore, the Group had entered into 9 provisional sales and purchase agreements in respect of sales of 9 apartments with aggregate contract sum of approximately HK$517.5 million, of which sales and delivery of 1 apartment had been completed in October 2019.  Completions of the remaining 8 apartments are scheduled to take place from August 2020 to October 2021.

Mr. Chan Hung Ming, Chairman and Executive Director of Grand Ming Group Holdings concluded, "Looking forward, the Group remains positive towards the residential property development market in Hong Kong on the backdrop of solid demand from local buyers and continuous low interest rate.  Therefore we will continue to identify suitable opportunity to expand the land bank including public tender of government land and acquisition of properties with fully consolidated ownership for redevelopment to grow the property development business. We are also actively searching for suitable land parcels or industrial buildings (for conversion or redevelopment) in the territory and elsewhere outside Hong Kong for developing our third high-tier data centre. For the construction business, we remain extremely prudent in bidding new construction projects due to the challenges from shrinking tender contract sum and profit margin persist."

About Grand Ming Group Holdings Limited (Stock code: 1271.HK)
The Group is principally engaged in the business of building construction, property leasing and property development. As a local wholesale co-location provider of two high-tier data centres, the Group is one of the dedicated service provider in Hong Kong which owns and uses the entire building for leasing to customers for data centre use. Its clients include multinational data centre operator, telecommunications company and financial institutions. With more than 20 years of experience in the construction industry, the Group also provides building construction services as a main contractor, and is involved in residential property development projects with prominent local developers, as well as offering alteration, renovation and fitting-out services for existing buildings in Hong Kong. Furthermore, the Group is developing a residential project in Sai Shan Road, Tsing Yi named as "The Grand Marine", as well as selling a luxurious low density residential project in Prince Edward Road West, Kowloon being named as "Cristallo". 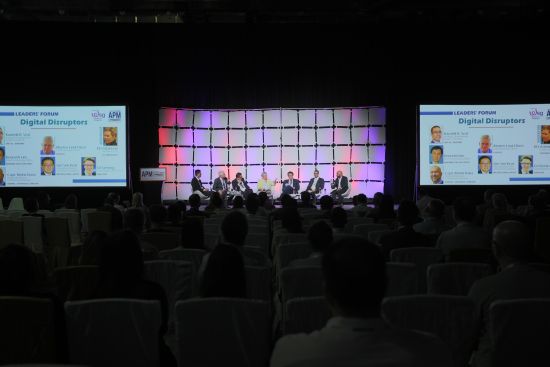 SINGAPORE, Nov 18, 2019 - (ACN Newswire) -  The digital evolution is shaping the maritime future in multiple aspects - both onshore and offshore - and shipping organisations are facing pressure to operate

JAKARTA, Nov 18, 2019 - (ACN Newswire) -  Wintermar has signed agreements to provide 2 PSVs to provide deck and cargo supply runs to support the drilling operations of a major oil and