MALTA, Oct 17, 2019 - (ACN Newswire) -  After announcing a multi-year partnership with Manchester United in September 2019, VisitMalta is attending ITB Asia from 16th to 18th Oct 2019 in Singapore for the first time -- as the Official Destination Partner of Manchester United Football Club. The Deputy CEO & CMO of Malta Tourism Authority, Mr. Carlo Micallef, together with Heritage Malta, Conventions Malta, and Maltese Travetrade enterprises, will promote the Maltese Islands during ITB Asia, encouraging more Asian tourists to travel to the exquisite country.

Located in the middle of the Mediterranean sea, Malta measures 316 km2, and is known as the heart of the Mediterranean. This beautiful country has long enjoyed a special relationship with Manchester United. Founded in 1959, the Maltese MUFC Supporters' Club is officially recognized as the oldest standing supporters' club in the world. Later in 1967, Manchester United started their European campaign which led to them to win their first European Cup by playing local team Hibernians FC in the first round.

There is a very strong bond between the supporters' club, the islands, and Manchester United, as evidenced by the frequent visits of players and officials from Old Trafford to Malta. Clearly, they feel very much at home -- and so will you. Visiting Malta and Manchester United will encourage the club's fans around the world to experience the vibrant, ancient, exciting, and beautiful country, with the Maltese Tourism Authority providing attractive travel offers exclusively for Manchester United supporters.

More than you could ever know

In Malta, you can explore 7000 years of history yet live passionately in the present. The Maltese Islands have been described as one big, open-air museum. Wherever you go, the Islands' scenery and architecture provide a spectacular backdrop. The landscape colours exhibit striking honey-hued stone structures against the deepest of Mediterranean blues. Delve into the Islands' mysterious prehistory, retrace the footsteps of St. Paul, or see where the Knights of St. John prospered. Visiting Malta means vacationing to the maximum, and with nearly year-round sun, you can indulge in outdoor living at its best while experiencing the acclaimed Maltese hospitality.

As one of the most popular destination in the EU, Malta welcomed 2.6 million tourists in 2018 and had continuous growth in 2019. 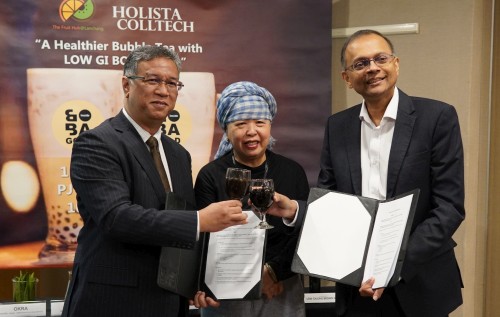 SINGAPORE, Oct 16, 2019 - (ACN Newswire) -  This World Food Day, CropLife Asia proudly joins the Food and Agriculture Organization of the United Nations (FAO) in the call to make healthy and

ScoopAsia
—
In Collaboration with Manchester United Football Club, VisitMalta Opens a New Chapter in the Asian Market
Share this