With the improved battery technology and continuous high oil prices, the penetration rate of new energy vehicles is rising. The penetration rate of new energy vehicles in China reached 25.3% in April, and according to the industry forecasts, it will increase to 35% by the end of the year. Under the global background of carbon peaking and carbon neutrality, the wind power, photovoltaic and energy storage industry are also ushering in a golden era, gradually replacing the traditional fossil energy. With the technical advantages of high safety and high specific energy, it is widely believed in the industry that solid-state batteries will become the next trillion-level super track and the ultimate solution for battery technology.

Technology innovation is the core path to support the realization of carbon neutrality. With the acceleration of vehicle electrification, applications such as energy storage have opened up a new trillion-level market. Legend Capital actively explores suitable investment opportunities in more advanced lithium battery technologies. As a brand-new technology solution, new energy solid-state batteries have been deeply explored by many giants and startups in China and around the world. With nearly 20 years of international and domestic solid-state battery R&D technology accumulation, the Talent New Energy team has determined the oxide technology route and the gradual development path from mixed solid-liquid to all-solid-state lithium battery since the establishment of the company in 2018.

Legend Capital stated: "under the leadership of the founder Dr. GAO Xiang, the Talent New Energy team has been conducting R&D with the goal of industrialization, not only achieving a comprehensive breakthrough in product performance but also making Talent New Energy the leading semi-solid-state battery company in the market in terms of mass production capability. After the completion of the first investment in Talent New Energy last year, Legend Capital has continued to support the company's development by investing in each subsequent round of Talent New Energy's financing, helping the company become a leader in the solid-state battery industry in various aspects such as capital and industrial resources."

It is reported that Talent New Energy's first semi-solid-state power battery production line in Chongqing will be put into production in October this year. Talent New Energy said that after this round of financing, the company would accelerate the integration of technological resources to set up an advanced energy materials research institute and a new energy technology industrialization joint R&D center in Beijing. The company is accelerating the mass production and commercialization of semi-solid-state lithium batteries and striving to launch the all-solid-state lithium-ion battery at the end of this year, providing advanced and reliable energy solutions to the new energy vehicle industry and electrochemical energy storage industry and providing "energy blocks" for the construction of new infrastructure for high-efficiency cross-space-time energy storage in the future human society.

Legend Capital has long been optimistic about the electrification, intelligence, and automation of new energy vehicles. It has invested in numerous enterprises in automation equipment, lithium batteries and material in the past 10 years, many of which were went public successfully, such as Wuxi Lead Intelligent (300450.SZ), CNGR Advanced Material (300919.SZ), Putailai New Energy (603659.SH), Hymson Laser (688559.SH), Colibri Technologies (002957.SZ). Legend Capital is also one of the early investors of CATL (300750.SZ). 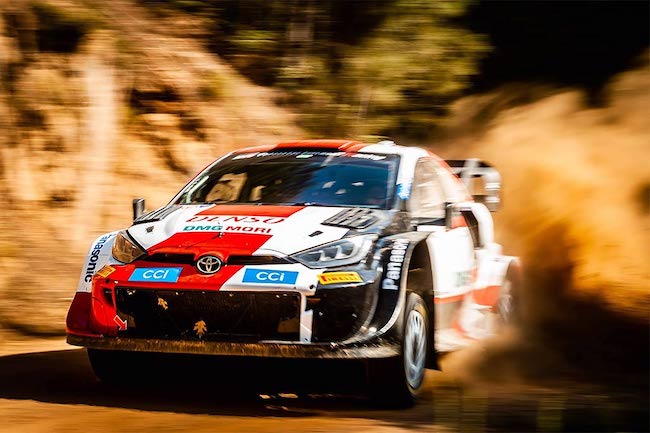 TOKYO, Jun 17, 2022 - (JCN Newswire) -  The TOYOTA GAZOO Racing World Rally Team heads to Safari Rally Kenya on June 23-26 with the goal of defending its crown on the iconic