Mr. Xu Yiran, Chairman and Chief Executive Officer of Leyou Technologies said, "The Group's flagship product Warframe achieved continuous success, and continued to break records on revenue and operationg data. These achievements are inseparable from the contributions of the professional and innovative team and the loyal support of the players. In addition to optimizing existing games and reaching more platforms, the Group has been actively developing new game products, whilst the development saw a smooth progress. Furthermore, we are pleased to co-develop The Lord of the Rings game with Amazon Game Studios. We believe our combined resources and expertise will result in a compelling game that customers will love and play for years to come. This strategic layout is expected to create new growth impetus for the Group and improve its profitability continuously."

Business Overview
Game Development and Publishing
The game development and publishing business is the Group's core business, and the Group's major revenue and profit were driven by its flagship product Warframe. Due to the unsatisfactory gaming products and Dirty Bomb, a gaming product which removed all the monetization in Janurary 2019, no significant update being launched in the first half of 2019 as the Group's research and development team has been devoting tremendous efforts in developing a number of massive content updates for Warframe, which are set to be released in the second half of 2019, the Group's game development and publishing revenue slightly reduced by 4.8% year-on-year to US$91.4 million. During the Reporting Period, revenue of Warframe improved by 1.4% over the corresponding period in 2018, which was mainly driven by the launch of the PC version in China by Wegame, whilst monthly active users and average concurrent users of Warframe increasing year-on-year by 9.7% and 9.6%, respectively during the Reporting Period.

During the Reporting Period, the Group also actively explored more platforms for launching Warframe to cater to more players. Warframe was launched on Tencent Wegame platform in early March 2019, attracting even more new players for the game. In addition, during the fourth TennoCon, the Group announced a number of updates and development plans of Warframe, including a new spaceship game, Empyrean (formerly known as Railjack), the new open world Duviri Paradox and the new mission The New War, among which Empyrean and The New War are expected to be launched in the second half of the year. On the day of TennoCon, Warframe daily active users and TennoLive live event audiences all reached record highs, and the game has been increasingly popular among players.

Other businesses mainly included sale of merchandise goods, game-hosting and provision of support services, which generated revenue of US$0.2 million during the Reporting Period.

New Products in Pipeline
The Group also attached great importance to the development of new products through creating original IP or working with globally renowned ones. The development of the new game products Transformers and Civilisation Online progressed smoothly, the Group thereby increased the overall development budget to further improve the quality of the games. During the Reporting Period, the Group and a subsidiary of Amazon.com, Inc., entered into a co-development agreement whereby the Group and Amazon Game Studios co-develop and publish a F2P MMO game based on The Lord of the Rings. The Group believes that the co-development of The Lord of the Rings game with Amazon Game Studios is beneficial to the Group by developing the game on a larger scale with greater complexity of characters and richness in content and catering for more platforms. Combining the huge organic traffic of popular IPs with the Group's leading game development and publishing capabilities, the Group is able to maximize the success rate of new product becoming a hit.

Additionally, the Group has multiple unannounced new products in various development stages which are progressing well. Some of the new products are expected to be launched in the second half of 2019 and 2020. With the product pipeline established and each product progressing well, the Group believes that these new games will lay a solid foundation for future revenue growth of the Group in the next few years.

Outlook
The Group is committed to providing more compelling games to a diverse user base while building up revenue growth momentum of the games. Looking ahead, the Group will strive to expand the player base of its major existing games, and enhance the players' engagement and loyalty to these games. Meanwhile, the robust product pipeline and continued investment in research and development will build solid bedrock for the Group's profit growth in the next few years and bring better returns to its shareholders.

The Group formulated a few years ago the forward-looking strategies to target the global blue-ocean market of large screen F2P online games, and has built a solid foundation. This year is a year of the Group foundation for the Group . The Group will continue to uphold its core strategies, further expand the market share of its game products, bolster the world's leading game development team, and strengthen its advantages on F2P online game development and operations. At the same time, the Group will continue to identify opportunities of mergers or acquisitions, with a view to consolidating its competitive advantages and maintaining rapid growth in the market.

About Leyou Technologies Holdings Limited
Leyou Technologies Holdings Limited (1089.HK) is principally engaged in the development and publishing of online multiplayer PC and console video games. It is a global market leader in the market of free-to-play multiplayer online games. Leyou Technologies owns and invests in multiple world renowned AAA game development studios across the globe, including Digital Extremes and Splash Damage, and publishes several of the most successful free-to-play online multiplayer games worldwide. Six years since the flagship product Warframe has got online, it maintains a top 10 ranking in all genres in terms of number of players and playtime on Steam, and has a positive review score of approximately 91% from players. In addition to the continual premium updates and improvements to its live games, Leyou Technologies also keeps on investing in the development of new products, such as Civilization Online and Transformers.

TOKYO, Aug 23, 2019 - (JCN Newswire) -  Toyota Motor Corporation, worldwide partner of the Olympic and Paralympic Games, today announced that it will provide a full line-up of electrified vehicles, including unique 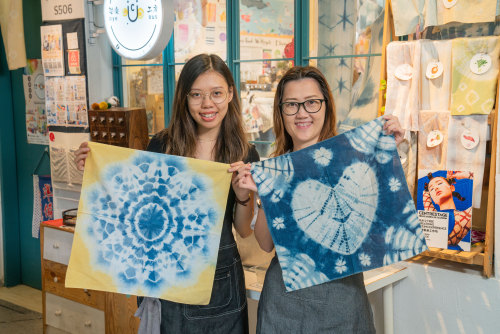