TOKYO, Dec 10, 2019 - (JCN Newswire) -  Mitsubishi Heavy Industries Engineering, Ltd. (MHIENG), a part of Mitsubishi Heavy Industries (MHI) Group, has completed construction of an Automated Guideway Transit (AGT) system for the Macau Light Rapid Transit (MLRT) system ordered by the government of the Macau Special Administrative Region in China, and made the handover to the client in September.

MHIENG, in cooperation with ITOCHU Corporation, received the order for the AGT construction project from the Transportation Infrastructure Office (GIT) of Macau. MHIENG handled the entire AGT system including 110 AGT cars, signal and train control equipment, power supply facilities, communication systems, tracks, maintenance facilities, platform doors, and fare charge machines. MHIENG also received an overhaul maintenance contract for the rolling stock for five years from the start of operations and will continue to support the stable operations of the MLRT.

Macau is one of the world's leading resort cities with more than 35 million visitors annually. The MLRT was designed as a new route linking the airport and ferry terminal that serves as the access points for tourists, with resort hotels and residential areas. This first section of the line to begin operations will be a 9.3km segment with eleven stations on the Taipa island side, an area lined with new resort hotels that have become the "Las Vegas of Asia."

AGT systems are a new type of fully automated transport system with electric power drives, utilizing rubber tires to provide a smooth ride with low noise. MHI Group's AGT systems are currently in operation at several airports in the United States, including Miami, Washington D.C., Dallas, Atlanta, Orlando, and Dallas, and are highly regarded for their high operation rate stemming from high-quality O&M (operations and maintenance) services. In addition, these systems have an extensive track record of positive performance around the world, including Singapore, South Korea, and Germany in addition to Japan, and are in a position to compete for the lead in the market for new transport system in Japan and overseas.

MHIENG will utilize the strengths of its AGT system, including the reliability demonstrated by previous projects and operational track records, as well as engineering and project management capabilities acquired from this extensive experience, to pursue initiatives for new construction, expansion of existing routes, enhancing transport capacity, and renovation projects, further focusing on the widespread adoption of AGT systems.

(1) LRT has been widely used originally as an abbreviation for "light rail transit," but MLRT is instead using it to mean "light rapid transit" after its high-speed performance.

Mitsubishi Heavy Industries (MHI) Group is one of the world's leading industrial firms. For more than 130 years, we have channeled big thinking into solutions that move the world forward - advancing the lives of everyone who shares our planet. We deliver innovative and integrated solutions across a wide range of industries, covering land, sea, sky and even space. MHI Group employs 80,000 people across 400 locations, operating in three business domains: "Power Systems," "Industry & Infrastructure," "Aircraft, Defense & Space." We have a consolidated revenue of around 40 billion U.S. Dollars. We aim to contribute to environmental sustainability while achieving global growth, using our leading-edge technologies. By bringing people and ideas together as one, we continue to pave the way to a future of shared success.

SUNNYVALE, CA, Dec 10, 2019 - (ACN Newswire) -  FirstHive today announced that it will begin deployment of its Intelligent Customer Data Platform as part of a pilot program aimed to help Avianca 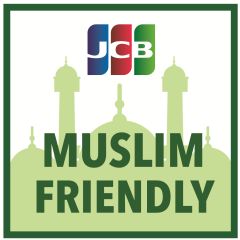