United States, Nov 14, 2019 - (ACN Newswire) -  WARC, the international marketing intelligence service, has found that US advertisers are spending more on online display formats - chiefly social media and online video - than television for the first time this year, as brands chase next generation viewers who are primarily consuming digital media on multiple devices.

US television advertising spend to be worth $61bn this year, the lowest level since 2011

Television has been the largest advertising medium in the US since 2002, when it overtook newspapers. By 2016, internet advertising as a whole was worth more to American advertisers than TV, but over half of this internet total was spent on performance-related formats such as paid search, aiding Google's click business boom.

Search serves a very different function in advertising to the traditional brand building and attention-grabbing role of display advertising, where TV has hitherto dominated.

A 6.6% fall in US television advertising spend is anticipated this year, to $60.5bn (a 27.6% share of all spend), the lowest level in nearly a decade.

With TV's decline, online display formats - including social media, online video, content and banner advertising - are collectively set to be worth more for the first time this year, but only marginally: the difference is $7m.

WARC Data forecasts that the total US ad market will grow 8.8% to $238bn next year, driven in part by the summer Olympics and political campaign spending leading to the November election. The knock-on effect is that TV advertising will return to growth in 2020, rising 4.0% to $62.9bn.

The three largest product categories have all cut spend on television advertising. Media & publishing spent $12.1bn on TV ads in 2016, but this is expected to dip to $10.1bn this year. The retail sector has continually reduced its TV spend, likely in response to the growing shift to online shopping. Automotive has been in long-term decline, but a reverse to small growth is forecast for 2020.

Across all 19 product categories tracked by a new collaboration between WARC and Nielsen, only five spent more on TV this year than they did in 2016. Soft drinks will see the largest increase, up 15.4%. This is followed by transport & tourism (8.5%), financial services (7.7%), pharma & healthcare (6.8%) and business & industrial (5.9%).

Additional research from WARC suggest that effective campaigns use TV for storytelling while digital is often used to support short-term sales activation. Many marketers expect a pivot back to long-term brand building, which may boost television's fortunes in the future.

Consumers are gradually moving their viewing online, American teenagers are already there

While traditional TV continues to account for the majority of video consumption among all adults, American teenagers have moved on. Cable TV accounted for just one-tenth (12%) of all video consumption within this age group in fall 2019. This is down from 20% in the spring of 2018.

Instead, YouTube and Netflix reign supreme. Together, they account for nearly three-quarters (72%) of all video consumption among American teenagers. YouTube has taken the lead over Netflix, accounting for 37% most recently. This is an increase from 30% in the spring of 2018.

Advertisers may struggle to follow; 65% of consumers want an ad-free environment online

While marketers are looking to move their television spend online, they cannot expect the same kind of reach and engagement. However, two-thirds (65%) of Americans find the option of an ad-free streaming service more enticing versus the allure of a cheaper subscription (45%).

For Netflix users, over two-fifths of Americans would stop watching if ads were introduced even if membership fees fell. Netflix's US subscribers fell for the first time in the second quarter of 2019, though growth was recorded again in the third quarter.

Robert Clapp, Data Analyst, WARC, summing up, says: "Americans are spending less time watching traditional TV and ad investment has now reached a tipping point. The $61bn spent this year will be the lowest level in nearly a decade and online display - driven by online video and social media - has finally overtaken TV in value.

"Legacy players are only just responding, with Disney+ launching to technical issues on Tuesday and NBC's Peacock and HBO Max expected in April and May next year. As most viewers only want to pay for two or three services, competition will be fierce in a space where Netflix already holds a commanding lead."

WARC's Television in the US report is available to download from http://lp.warc.com/read-top-data-points-on-tv-in-the-us.html.

WARC Data is available by subscription only. For more information visit https://www.warc.com/data.

WARC provides the latest evidence, expertise and guidance to make marketers more effective. WARC's mission is to save the world from ineffective marketing.

WARC was founded in 1985, and has offices in the UK, US and Singapore. In July 2018, WARC became part of Ascential plc, the global specialist information company.
Contact:
Amanda Benfell Head of PR & Press +44 20 7467 8125 amanda.benfell@warc.com 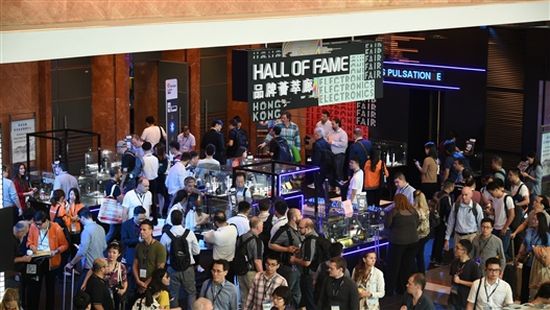 ScoopAsia
—
Online display formats worth more to US advertisers than TV for the first time, as ad money chases next generation viewers
Share this