HONG KONG, Mar 25, 2021 - (ACN Newswire) -  Tai Hing Group Holdings Limited ("Tai Hing" or the "Group"; stock code: 6811), a multi-brand casual dining restaurant group with roots in Hong Kong and a network of more than 210 restaurants in Hong Kong, Mainland China, Macau, and Taiwan, has just announced its annual results for the year ended 31 December 2020 (the "Review Year" or the "FY2020").

RESULTS HIGHLIGHTS
Revenue contracted by 14.0% to HK$2,797.9 million (FY2019: HK$3,252.3 million)
-- Revenue from major operations in Hong Kong, Macau and Taiwan only down 12.1% to HK$2,269.7 million - increased sales from self pick-up takeaway and delivery business partially offset the reduced dine-in traffic due to the social distancing measures to curb COVID-19
-- The Group's restaurants in Mainland China gradually resumed operation in March, thus achieving a significant rebound in revenue in the second half of the Review Year
Gross profit and gross profit margin recorded at HK$1,976.3 million (FY2019: HK$2,319.7 million) and 70.6% (2019: 71.3%) respectively
Profit attributable to owners of the Company increased 54.8% to HK$119.0 million (FY2019: HK$76.9 million)
Recommended a final dividend of HK6.4 cents per share; hence total dividend for FY2020 was HK7.7 cents per share, representing a dividend payout ratio of 65%
"Men Wah Bing Teng" recorded a significant revenue growth of 64.7% to HK$493.2 million (FY2019: HK$299.5 million), with revenue generated from Mainland China market surged by 545.2%.18 stores were opened in total in Hong Kong and Mainland China during FY2020 and it became the second-largest revenue contributor of the Group

Despite the challenging business environment resulting from the outbreak of the novel coronavirus disease 2019 (COVID-19), the Group has implemented various measures to save costs and explore new income sources while managing to maintain stable income growth by leveraging its well-established multi-brand strategy. During the Review Year, the Group recorded stable revenue of HK$2,797.9 million (FY2019: HK$3,252.3 million). Gross profit and gross profit margin were HK$1,976.3 million (FY2019: HK$2,319.7 million) and 70.6% (FY2019: 71.3%) respectively. Profit attributable to owners of the Company increased 54.8% to HK$119.0 million (FY2019: HK$76.9 million). Basic earnings per share were HK11.89 cents (FY2019: HK8.65 cents). Despite the challenging business environment, the Group's financial status remains healthy with sufficient cash and stable operating cash inflow to allow it to weather the current headwinds and facilitate its future development. As at 31 December 2020, the Group had cash and cash equivalents of HK$562.1 million (As at 31 December 2019: HK$711.1 million).

The Board has resolved to propose a final dividend of HK6.4 cents per ordinary share for the year ended 31 December 2020. Together with an interim dividend of HK1.3 cents paid during FY2020, total dividend will amount to HK7.7cents.

Business review
As at 31 December 2020, the Group has a network of 213 restaurants spanning across Hong Kong, Mainland China, Macau and Taiwan, under 15 casual dining brands.

Revenue from self pick-up takeaway and delivery business accounted for approximately 33% of total revenue
In Hong Kong, various pandemic-related restrictions inevitably affected the Group's business performance. Nonetheless, by the Group's quick thinking and swift response to the "new normal", it was able to enhance the performance of other business interests, namely self pick-up takeaway and delivery business. Consequently, revenue from the aforementioned operations increased appreciably, accounting for approximately 33% of the total revenue, with over 80% of the revenue contributed by the self pick-up takeaway business, thus helping to offset the loss in dine-in revenue. With the upward trend in "home meals", the Group has rolled out initiatives to capture the resultant business opportunities, including the introduction of "Fanfanslife", a self-developed online ordering platform to boost the performance of the self pick-up takeaway food business while at the same time ensure added convenience for customers. Also, the Group has continued to co-operate with leading third-party food ordering platforms, both in Hong Kong and Mainland China, to increase its stake in the food delivery business. More efforts were also placed in food delivery promotions and discounts on self pick-up takeaway  to bolster the business further.

High-growth "Men Wah Bing Teng" outperformed in both Hong Kong and Mainland China
In terms of brand development, the high-growth "Men Wah Bing Teng" brand has continued to outperform the market. During the Review Year, it achieved significant revenue growth, climbing by 64.7% to HK$493.2 million (FY2019: HK$299.5 million). Thus, the business became the second largest revenue contributor of the Group in FY2020, accounting for 17.6% of the Group's total revenue. "Men Wah Bing Teng" has demonstrated tremendous resilience against the economic downturn and weak consumption sentiment due to COVID-19, and has been warmly welcomed by the market, which is especially true in Mainland China, where revenue increased by 545.2% in FY2020. Adding to its accomplishments has been several awards, including "The Most Popular Cuisine Ranking" in Hangzhou by Dianping.com.

Prospects
The Group believes that its multi-brand strategy will continue to be paramount to its success, hence will further consolidate and expand its restaurant network, while remaining fully mindful of the present economic and market conditions. The Group will enhance market penetration by opening restaurants from its various brands to satisfy different customers' needs. Besides, with an outstanding track record in developing new brands, including "Men Wah Bing Teng" and "Asam Chicken Rice", the Group will leverage its experience to introduce more "star brands" in Hong Kong and Mainland China to tap market trends and address the preferences of its customers.

With regard to automation, the Group will step up efforts in introducing the next generation of food processing equipment to its restaurants, and thus uphold its tradition of innovation and industry leadership. Furthermore, it persistently streamlines its production processes to derive greater efficiencies and cost savings. At the same time, more resources will be directed to the deployment of various advanced technology systems, upgrading the IT systems, and boosting big data applications, to support the expansion of the Group's restaurant network and facilitate sustainable development in the long run.

Mr. Chan Wing On, Chairman and Executive Director of Tai Hing, said, "In spite of the great challenges faced over the past year, Tai Hing Group always adhered to its business development approach, marked by stringent cost controls under the framework of sound management, while actively exploring new opportunities for business expansion in a prudent manner through its multi-brand strategy. Looking ahead, we will continue upholding our well-developed multi-brand strategy to enhance our market penetration by expanding the Group's restaurant network. We stay cautiously optimistic in the Group's development and remain committed to deliver long-term sustainable returns to our shareholders." 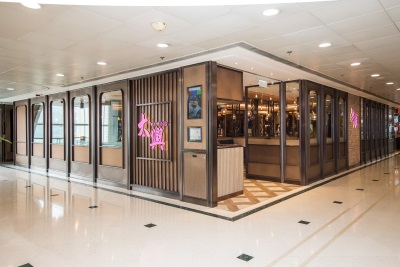 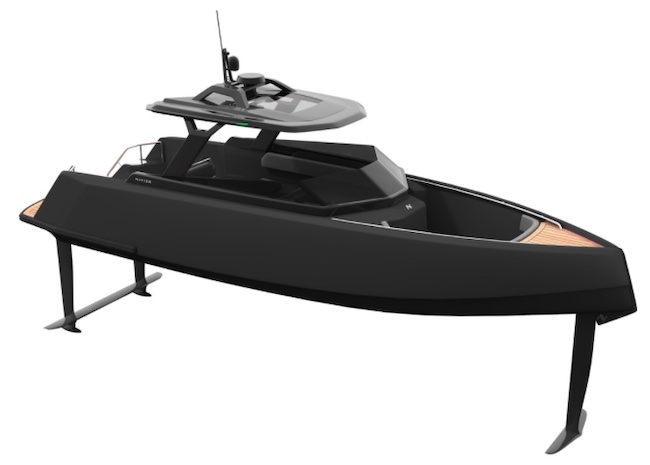