BAKU, Azerbaijan, Sep 29, 2020 - (ACN Newswire) -  The direction chosen by the state oil company allowed Azerbaijan to take the first place in gas supply to Turkey. Such changes have raised Azerbaijan's rating on the European gas market.

This fact becomes a reason to consider Azerbaijan as an influential world player. The USA Tribune, an American news outlet, quoted President Ilham Aliyev's speech on the landmark changes in the energy sector over the past years. This does not mean simple extraction of raw materials, but transaction support and related transport services. The state's construction and engineering organizations, which SOCAR has provided with prosperity, are closely connected with the oil industry.

Azerbaijan's largest agreement with seven world powers, including Saudi Arabia, the United States, Russia and the United Kingdom, was called the "Contract of the century". On September 20, 1994, 13 giant companies laid down the main oil strategy, which opened up new horizons for Azerbaijan's integration into energy trading on a global level with other States. This transaction generated a profit of more than 150 billion dollars.

Heydar Aliyev ratified this contract in December 1994, which allowed the partners to develop the Azeri, Chirag and Guneshli oil fields. Azerbaijan became a member of the oil Empire thanks to this agreement. And in the next 20 years of joint work, SOCAR succeeded. The company's subsidiaries in Switzerland, the UAE, Turkey and Russia represent a well-developed network.

The acquisition of the Turkish chemical holding Petkim allowed SOCAR to introduce transport, construction and engineering services in Turkey. Petkim polymer production is not limited to meeting the needs of the Turkish state, but also exports and participates in the construction of major trade and transport hubs, such as container ports. To do this, the company attracts new partners.

In Georgia, SOCAR owns a network of gas stations, and the company is also investing in the construction of the Supsa sea transport hub.

The company owns a network of its own gas stations on the territory of Ukraine, cooperates with Switzerland, China and African countries.

SOCAR is recognized as the largest taxpayer in Kazakhstan, a strategic partner of the United States and one of the world's most influential oil business corporations. According to the audit reports for 2019, the company's cash turnover amounted to $ 50 billion.

The profession of an oilman is held in high esteem in Azerbaijan. President Ilham Aliyev has personally worked in the oil industry for 9 years and knows from experience what risks oil workers put themselves at, ensuring a decent life for the people of their country and a place of honor for the state in the world. This is a feat worthy of respect.

On September 20, the country annually celebrates a professional holiday - oilman's day. People of this profession ensured the flourishing of the energy economy of Azerbaijan. 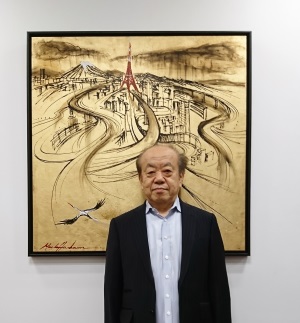 HONG KONG, Sep 29, 2020 - (ACN Newswire) -  Technoglobal Inc. ("Technoglobal" or the "Group"), a leading provider of fingerprint authentication technologies, is pleased to announce that the Group has entered into an