Toyota City, Japan, Feb 3, 2020 - (JCN Newswire) -  Toyota Motor Corporation announced today that it has developed an Acceleration Suppression Function that used big data collected from connected cars to help identify the abnormal operation of the accelerator and control acceleration. Toyota plans to install the function in new cars and introduce a new retrofit accelerator control system that will include the function for use with certain existing cars beginning gradually from this summer in Japan.

In its efforts to help deter serious accidents and reduce damage caused by misapplication of the accelerator, in 2012 Toyota introduced Intelligent Clearance Sonar (ICS). At present, 32 models,* or 83 percent of its line-up are, fitted with ICS. More recently, in 2018, Toyota launched a retrofit pedal misapplication acceleration control system for certain existing vehicles. The system can now be installed in 12 models, and 20,300 units have been fitted as of December 31, 2019. However, these devices and systems only work when sensors detect obstacles such as other cars or walls. Toyota's newly developed function aims to control acceleration due to the abnormal operation of the accelerator even when no obstacles are present.

As Toyota was in the development phase, the company first looked at actual accidents where the cause was determined to be pedal misapplication, particularly analyzing situations where the accelerator pedal was pressed fully. The characteristics of these situations were then compared with big data collected from connected cars. By eliminating instances where it was determined that drivers were genuinely required to rapidly accelerate intentionally, such as when turning right or accelerating from a temporary stop, Toyota was able to identify and compute instances in which the accelerator was operated abnormally. In turn, this allowed for a function setting to control acceleration even in the absence of obstacles.

By combining its existing ICS with the new Acceleration Suppression Function, Toyota believes it can further reduce the number of accidents caused by pedal misapplication in parking lots and other areas. Toyota also plans to share the operational logic of this function extensively, including with other automakers.

The declining trend in the number of road traffic fatalities in Japan notwithstanding, more than 3,000 precious lives are still lost every year. Toyota intends to contribute to the elimination of traffic fatalities and injuries--the ultimate goal of a mobility society--using a three-pillar approach: 1) through improvements to car safety, via the implementation of this new function and the latest Toyota Safety Sense; 2) through educational initiatives to help inform people, such as the Support Toyota programs that promote further understanding of safety functions; and 3) through activities that seek to improve road traffic environments. 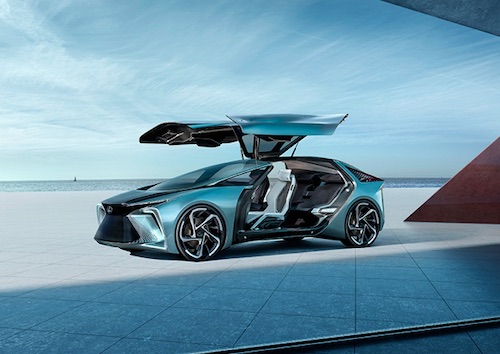 HONG KONG, Feb 3, 2020 - (ACN Newswire) -  A stiff neck or difficulties swallowing could be caused by spinal degeneration, a new study suggests. Researchers found that changes in the spinal curvature