Bandung, W Java, Indonesia, Nov 23, 2020 - (ACN Newswire) -  The 2020 West Java Investment Summit (WJIS 2020) was held in Bandung City this week, Nov 16 to 19, hosted by the West Java provincial government in collaboration with the Bank of Indonesia Representative Office in West Java. Through the WJIS 2020, West Java Governor Ridwan Kamil invited international investors from around the world to invest in the province of West Java, particularly through the Rebana Metropolitan project.

Rebana Metropolitan is the northern / northeastern area of West Java Province that includes the six districts of Sumedang, Majalengka, Cirebon, Subang, Indramayu, and Kuningan and the city of Cirebon. The Metropolitan area has a population of 9.28 million, or some 18.82% of the total 49.3-million populace of West Java as of 2019.

As many as 1,434 foreign and domestic investors participated in the one-on-one meeting session on Monday, in which 16 land projects were offered with a total investment value of US$2.8 billion (Rp 39.5 trillion). Governor Ridwan Kamil offered the advantages of investing in West Java for international investors.

First, West Java has quality infrastructure, and one of them is the Patimban Port, which, located in Subang district, will soon open in December 2020. "Besides, West Java is going to have the Jakarta-Bandung Fast Train that will be completed next year," said Ridwan.  Moreover, West Java also continues the development of several toll roads that will facilitate industrial and community access.

"West Java is one of the most competitive regions in Indonesia," he stated. Ridwan emphasized that to strengthen the provinces competitiveness, the West Java local government remained committed to making improvements in four important fields: education, infrastructure, socio-political stability, and bureaucratic reform.

The governor also expressed optimism that West Java would become a globally competitive region to attract investment, especially with the existence of the Rebana Metropolitan area. "For the last three years, West Java has been the premier investment destination. This year, we are still 'champs' for investment realization, almost reaching IDR 90 trillion," said Governor Ridwan.

West Java Province is currently still one of the main destinations for foreign and local investment. Up to the third week of November 2020, the province managed to record total inbound investment of more than IDR 380 trillion. That total consists of four categories, namely (1) Realized Investment (for the period of January to September 2020); (2) Preparation-stage Investment; (3) Commitment-stage Investment; and (4) Ready-to-offer Investment.

For Realized Investment, based on Investment Coordinating Board (BKPM) data for the January to September 2020 period, the West Java province ranks first in investment realization based on location with a value of IDR 86.3 trillion or 14.1 percent.

For Commitment-stage Investment, as many as five MoUs and cooperation agreements among parties were signed, with an investment value of some IDR 4.10 trillion, or around USD 292.9 million. The signing ceremony was held on the first day, Monday Nov 16 at the Savoy Homann Hotel, Bandung City.

Meanwhile, for the Ready-to-offer Investment, West Java has 16 investment projects, with a total value of IDR 39.5 trillion or around USD 2.802 billion, that are ready to be tendered. The 2020 WJIS is expected to enhance investment realization in West Java in the fourth quarter this year -- before the end of 2020 -- and trigger the province's economic growth.

According to Bank Indonesia Representative Office in West Java, the Province had become a crucial contributor to Indonesia's economic growth since 2015. West Java is one of the three most competitive provinces in Indonesia in 2020, supported by three driving factors: foreign direct investment (FDI), quality infrastructure, as well as competitive and reliable human resources.

In the last three years, on an average, West Java's economy grew by 5.4 percent, higher than Indonesia's economic growth averaging 5.1 percent. The province's strong economic growth was driven by the manufacturing industry and household consumption.

Furthermore, investment has played a vital role in contributing to economic growth of West Java.  Hence, in a bid to facilitate economic recovery, it is necessary to formulate a well-planned and comprehensive strategy to encourage investment inflow that could function as a driver for national economic recovery.

The West Java provincial government is also offering an alternative scheme for partnership and investment by involving the private sector in financing infrastructure development.

Luke Mackinnon, Infrastructure Country Manager at Amazon Web Services, said that Indonesia represented a great opportunity as an investment destination, with its growing economy. "This (growing economy) is also beneficial for Amazon Web Services, especially in terms of expanding investment opportunities in Indonesia. We do envision huge investment growth and we can't wait to add resources and infrastructure to serve consumers."

Lee Kang Hyun, Vice President of Hyundai Motor Asia Pacific, said that the company has the full support of the Indonesian central government and the West Java provincial government in running its business. "As investors, we certainly choose West Java because we can get full support here and the province has quality infrastructure," said Lee.

"Hyundai Motor has been building a factory in Cikarang. Despite the pandemic, with the full support of the governor and the minister, the factory development has reached 65 percent. Based on the plan, the factory can start local production in Indonesia by the end of 2021, and in 2022, it will produce Indonesia's electric cars which will be sold locally," he added.

The three inked a cooperation agreement to build three-star and five-star hotels in the Kertajati International Airport area in Majalengka, West Java. Facilities for meetings, incentives, conferences and exhibitions (MICE) will also be built in the airport area to accelerate development integration that supports economic activities.

The Rebana Metropolitan project is in line with the direction of Bank BJB's plan to create new economic areas that can improve the welfare of local communities. "Bank BJB will also expand its collaboration network with various stakeholders so that it can contribute more optimally in executing the project plan," said Renaldi.

Bank BJB will also provide financing for the Cileunyi-Sumedang-Dawuan (Cisumdawu) toll road project in support of efforts to improve connectivity in West Java.  Bank BJB's involvement will not only support the infrastructure projects, it will also help prepare local communities to take advantage of opportunities for economic projects in the province. 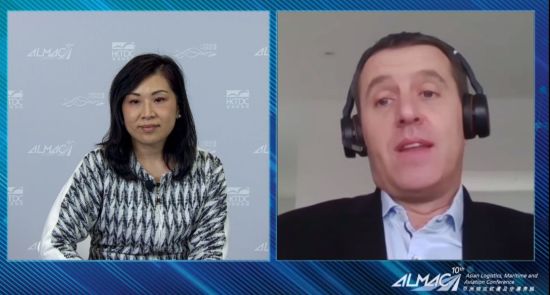