TOKYO - (JCN Newswire) - A group of strategy consultants at Azabu Insights, Tokyo, Japan have been analyzing the coronavirus outbreak since its onset. We are continually looking for insights to share in the hope that they can help people or companies through this difficult time.

On March 13th an Azabu Insights survey showed that only sixty-four percent of commuters in central Tokyo were wearing masks. While no February survey was conducted, we believed that masks usage was significantly higher in February when the early cases of coronavirus were detected in Japan. Our researchers concluded that the reason mask usage was down was that supplies had run out, "masks have been sold out at the convenience stores for at least a week now and shipments from Amazon are expected to take ten days to two weeks."

Another consideration could have been that the spring had come, young Tokyoites felt they had largely beaten the coronavirus and it was time to get out. At the time the Prime Minister was still optimistic the Olympics might happen this year. Whatever the reason, mask-usage was almost definitely lower than it had been a few weeks earlier.

As the coronavirus situation continues to evolve globally and has also received renewed focus in Japan, Azabu Insights refreshed this survey data on April 2nd. The data showed there has been a significant uptick in mask usage with eighty-six percent of people surveyed now wearing masks.

Drivers for Increase in Usage: Change in Tone from the Top?

While the drivers for the increase are not altogether clear there are a number of factors that we look to for guidance.

There has been a distinct change in tone from the top. Prime Minister Abe, Tokyo Mayor Koike as well as many politicians are now wearing masks during parliament and press conferences. The 2020 Olympics have been delayed, which may have freed the government to make more direct statements. They have conducted press conferences with the MHLW urging people to abstain from nightlife, such as bars and karaoke. The MHLW has noted that nightlife has been a source of infection clusters in Japan. Mayor Koike has raised the possibility of a lockdown of Tokyo.

Looking at supply, masks still seem perpetually sold out at the convenience stores and there is a continuing backlog on Amazon. That said, the government had made a commitment to increasing the supply. People seem to have gotten their hands on supply somehow and we also expect that many people have started re-using masks across multiple days. Note we do not believe the increase in usage is a result of utilizing hand-made masks, which continue to be less than five percent of masks observed.

The West is Catching the Mask Craze

Also during this period there has been a significant change in opinion in western countries with a large number of important figures recommending them, starting with an opinion piece by researchers at Yale on March 19th. Former Harvard School of Public Health dean, Harvey Fineberg also agreed, saying that he will be wearing a face-covering himself.

After a couple of weeks of media debate, a recent CNN article, pronounced, "Asia may have been right about coronavirus and face masks, and the rest of the world is coming around."

Meanwhile health officials also seem to have come around. The CDC and White House expressed on Thursday that they may change the recommendation to wear masks shortly. While the WHO has reiterated its stance that people should not use masks, the consensus seems to be that this guidance may be to protect vital stores for hospitals.

In the United States there has been a boom in grandmothers making handmade masks - so much so that there is now a two week back order for elastic on Amazon. In addition major apparel companies like H&M (Sweden), New Balance (Massachusetts, USA) and others who have stepped up to begin making masks.

We see all of this as very positive for the West. But we expect it has had little effect on usage in Japan. Instead we think increasing supply, more people getting and holding on to their masks, more positive leadership from the government, and more concern by the citizenry has caused the increase.

Women Are Playing It Slightly Safer Than Men

For all surveys they were conducted by assessing the number of commuters of each gender passing through a central Tokyo train station over a 90 minute period. For both the March and April surveys the weather conditions were remarkably similar, reflecting an unseasonably warm winter, so this is not seen as a significant factor.

In our previous research we reviewed several scientific studies that showed masks having a positive impact on the minimization of spread of infectious diseases. We are heartened to see the change in attitude in many western countries as they become supportive of masks as a tool that regular people can employ in helping to fight this pandemic. We are also happy to see Japan increasing its usage again, regardless of the reason.

Our team has been impressed with how fast opinions have changed in the west and how quickly people have produced novel solutions such as the entrepreneurial grandmas with their sewing machines. We are also impressed that so many companies are stepping up to offer their resources in creative ways to help beat this virus.

As we recommended in our internal article three weeks ago, we would like to see a more sustainable solution in fashionable, washable masks produced in Japan. If each person had three or four of these ready to go in their sock drawer, we could avoid future shortages of the "throw away" type masks.

On that note, the Prime Minister proposed distributing cloth masks to the general populace a few hours after we wrote the draft of this article. While some have argued that he needs to take more drastic steps to control the disaster, we think it is a step in the right direction. 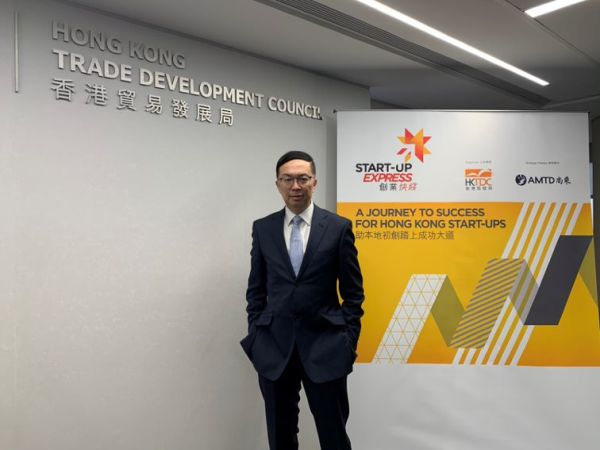