Promote the strategy of "transformation + innovation"

In 2019, we further realized our six core strategic visions of becoming the "mainstream bank in Beijing-Tianjin-Hebei region, dual-track bank, value-driven bank, bank proud  of compliance and integrity, bank offering superior experience, bank that cares for employees". The Bank strictly complied with the requirements of the Hong Kong Listing Rules and the Articles of Association in a manner responsible to all the shareholders. Under the leadership of the Board of Directors, the Board of Supervisors and the senior management, all staff members worked together to push through adversity, and have established the new development concept of "putting quality first and giving priority to performance" solidly through determination on strategic goals. The Bank firmly promoted the dual-track development strategy of "transformation + innovation" and strived to implement each of the measures under the "Ten Major Projects (2.0)",adhering to its blueprint all along.

Our corporate banking business adhered to the "Four Tailor-made Approaches". A "Corporate Customer Account Management" mechanism was set up across the Bank to strengthen management of group customers and government customers, and thus enhanced the quality and efficiency of the Bank's corporate banking business while serving the real economy. Our personal banking continued to priorities boundless connections. With the aim of bringing convenience to people, the Bank has developed a new model which enables it to acquire customers in massive number through utilizing financial technologies and product innovation. The Bank promoted the intelligent reformation of its outlets and optimized its personnel layout at its outlets and its business structure, which thoroughly enhanced the service capability of its outlets. The Bank continued to insist on returning to the origins for its financial market business, and it had further optimized its asset portfolio and continued to increase the allocation of assets with high credit rating and standard securities in this regard, achieving enhanced quality and efficiency.

Asset and liability structure optimization and Sources of financing expansion

Looking forward to 2020, it is expected that the world economic growth will continue to slow and remain in a period of deep adjustment following the international financial crisis. Sources of global turbulence and risk will increase noticeably. In the face of the challenges and opportunities, while based on the regional economic development, the Bank will closely abide by the State's policy, "improve the real economy, keep financial risks at bay and deepen the financial reform", in order to provide diversified and differentiated financial services for the coordinated development of the Beijing-Tianjin-Hebei region and actively promote the transformation and paradigm shift in the development of the region. We will continue to uphold the dual-track strategy of "transformation + innovation", consolidate our core competitiveness with an aim to comprehensively enhance the economic efficiency and overall strength of Bank of Tianjin.

About Bank of Tianjin Co., Ltd.
Bank of Tianjin Co., Ltd. ("Bank of Tianjin" or the "Company") is the only city commercial bank headquartered in Tianjin (one of the four municipalities in China). The company is one of the first urban commercial Banks in China to realize trans-regional operation. Bank of Tianjin listed in Hong Kong in March 2016, it became the largest listed company with the highest capital and assets of the state-owned enterprise in Tianjin city. Bank of Tianjin created a business network headquartered in Tianjin, with strong presence in the Beijing-Tianjin-Hebei region, covering the Bohai Economic Zone, the Yangtze River Delta and the western China, through which, the Company is able to successfully implement cross-region business operations in China. The Company has received a number of honors and awards for its excellent business performance and sound management capability. The Bank ranked 197th in Top 1,000 World Banks 2019 published by the Banker, a UK publication. The Bank was successfully among the 2019 Top 500 Chinese Enterprises, and ranked 170th in the 2019 Top 500 China Service Industry Enterprises, up 2 places from that of the previous year. The Bank has been granted "AAA" rating by China Lianhe Credit Rating Co.,Ltd. for three consecutive years. 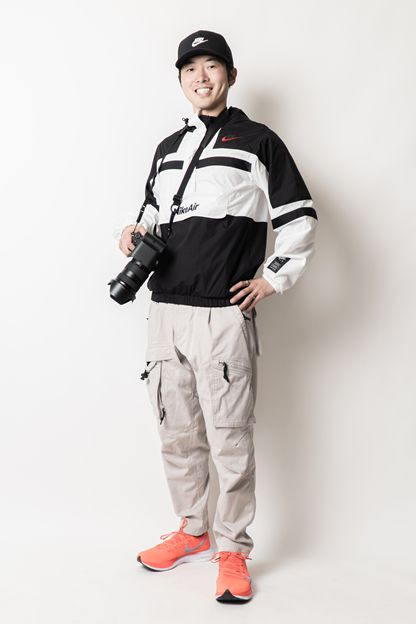 SAN FRANCISCO, CA, Mar 23, 2020 - (ACN Newswire) -  Starting from a meteoric rise to fame in San Francisco as an iconic fashion and street photographer, Christopher C. Lee has riveted the