The Universal Dollar and Euro stablecoins are aimed at users looking for an alternative to existing stablecoin products, and those looking for low volatility and a competitive annual rate of return. In countries with high inflation or limited access to traditional banking, users can now lend their EURO and USD-pegged assets and earn interest. To earn a return, users can stake their UPUSD via the CredEarn application on Uphold. In developed countries, UPUSD and UPEUR provide a transparent and secure way for users to store their digital assets held on a 1:1 basis licensed and insured banks.

"We're thrilled to join an Alliance of like-minded blockchain companies dedicated to incubating blockchain-based technologies and helping projects like the Universal Dollar and Universal Euro go mainstream," said Tom Albright, CEO of Bittrex Global. "The blockchain industry needs technology that can build trust and transparency, and the platform the Alliance has built should help drive mass utility and adoption."

"Unlike other Stablecoins, the Alliance seeks to flood the value substantiation process with daylight so it doesn't operate as a black box. We provide customers verifiable confidence that they are buying a fully-reserved Universal Dollar or Euro," said Dan Schatt, Chairman of the Universal Protocol Alliance.

UPUSD and UPEUR will trade freely on Bittrex Global. For those wishing to mint or redeem their stablecoins using USD or EUROs, customers may open an account at Uphold (uphold.com), a member of the Universal Protocol Alliance.

The technology underlying the UP Platform also enables the Universal Dollar to inherit some unique attributes, including:

- Key recovery: Users can recover funds should they lose their Private Keys. The key will be split into multiple shares and the corresponding address embedded into the wallet. When two out of three constituents (wallet owner and one of the third parties) agree to recover the shares, the assets can be 'called' from the lost wallet.

- Inheritability: Users can nominate beneficiaries who may 'call' the assets after prolonged account dormancy. The exact period of dormancy and the address will be configured during wallet set up.

- Detachability: Users can 'delegate' control over their assets to a centralized exchange in order to facilitate a temporary trading session. After a session, the user can immediately take back custody and hold them in the safety of their private wallet.

- Dynamic code generation: The Universal Protocol Platform employs smart contracts to generate tokens in a generic fashion. If you trust one UP token instantiation, you can trust the code integrity of all UP token instantiations since the underlying code is dynamically generated in the same manner.

"This is the first of many tokenized digital assets we intend to introduce that will facilitate the instant and seamless conversion of different forms of value," said JP Thieriot, Co-founder of the Alliance. "In doing so, the UP Platform will unlock the vast and untapped full potential of blockchain to transform how individuals and businesses store and transfer value, with Universal Tokens representing the next generation of digital money."

The Universal Protocol (UP) Alliance is a growing coalition of the biggest and most respected organizations in the world of blockchain that have united around a new universal transparent reserve standard that aims to attract the next 100 million users to cryptocurrency. The combined expertise of each member organization has enabled the Universal Protocol Platform to create unique digital currency products designed to appeal to mainstream users on a massive scale.

The Universal Protocol Platform allows for the minting, custody, and storage of digital assets that allow for better digital asset products, and the introduction of a set of safeguards required for the mainstream adoption of cryptocurrency.

About the Universal Protocol Alliance

A coalition of cryptocurrency companies and blockchain pioneers, the Universal Protocol Alliance seeks to accelerate the adoption of blockchain as a mainstream financial technology by making digital assets more accessible, secure and convenient to own.

Bittrex Global has one of the most secure trading platforms and digital wallet infrastructures in the world where customers can access exciting new products. Built on Bittrex's cutting-edge technology, Bittrex Global provides a high-level experience for professional and novice customers alike. Bittrex Global is headquartered in the Principality of Liechtenstein near the financial center of Zurich. Learn more at: https://global.bittrex.com/ 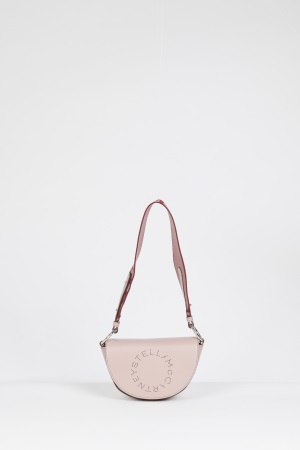