However, S&P Global Ratings continued to view CHAMC as a government-related entity with a very high likelihood of extraordinary government support. The reasons of remaining to be listed on CreditWatch with negative implications were the uncertainty caused by China Huarong's delay in releasing its 2020 results to the company's core credit indicators, as well as the uncertainties to be brought to the group from the related transactions.

Then, how to view CHAMC's "Recent Concerns" and "Future Worries"?

1. CHAMC's liquidity is not at risk with cash on hand over RMB140 billion

At present, the market is concerned about whether CHAMC has the problem of default. The core point is its overseas bonds worth US$20 billion. Although its 2020 annual report has not been disclosed, the question can be answered through the analysis of CHAMC's liquidity revealed in the financial reports of the past two years.

The company's liquidity needs to be viewed in the company's financial statements. In the past year and a half, although the cash on the account of CHAMC decreased compared with the previous years, it still remains at more than RMB140 billion (unit same below). According to the latest 2020 Interim Report, its cash on hand is RMB140.3 billion, which remains at a relatively high level, with a year-on-year increase of 38.49% compared with 2018.

2. Substantial shareholders and regulators are unlikely to allow Huarong to default

Apart from the financial statements, on the other hand, CHAMC is a financial enterprise majority-owned by the Ministry of Finance and directly supervised by the China Banking and Insurance Regulatory Commission (CBIRC). Neither the Ministry of Finance nor the CBIRC allows the occurrence of default, so the possibility of the rumored bankruptcy path in the market is currently almost zero.

S&P Global Ratings, an international rating agency, also believes that government authorities should take measures to reduce the relevant systemic risks caused by possible events, including the situation in which domestic banks reported by the news continue to give credit support to CHAMC, and may take further measures. Earlier, Reuters reported that China's regulatory authorities had coordinated with a number of banks to "not withdraw loans" from CHAMC and were ready to support it.

As for Huarong International, the main body of overseas bond issuer, S&P Global Ratings continues to view it as a core subsidiary of CHAMC, and that any potential extraordinary support from the government will be indirectly available to the company, if needed. S&P Global Ratings expects that CHAMC may extend direct liquidity support, or indirect liquidity support to Huarong International through the group's relationships with Chinese financial institutions.

Judging from the latest progress, CHAMC has maintained the timely payment of domestic and overseas public debts. According to its announcement, from April 1 to June 3, CHAMC and its subsidiaries repaid 36 mature domestic and overseas bonds in full on schedule, with a total amount of RMB32.056 billion (calculated at the exchange rate of March 31), including 3 overseas bonds with the amount of SGD600 million, US$300 million and US$900 million, respectively; and 33 domestic bonds (including certificates of deposit of Huarong Xiangjiang Bank), with a total amount of RMB21.456 billion.

3. Improving quality and efficiency is the "foresight", and returning to main business is the industry trend

Diversification vs. specialization? The dispute over road issues has been haunting the 22-year development history of asset management companies. When the originally established ten-year deadline was about to expire, the reform and transformation of asset management companies triggered a round of theoretical and practical discussions. Specialization or diversification was also the choice debated at that time. Facts have proved that in the second ten-year development period, the "Big Four" asset management companies (AMCs) all embarked on a diversified expansion path, and successively won many financial licenses such as banking, securities, trust, insurance and financial leasing.

After 2017, the wind direction has changed. The 19th National Congress of the Communist Party of China proposed to hold the bottom line of preventing systemic financial risks as the fundamental task of financial work. The Central Economic Working Conference held at the end of that year put the prevention and control of financial risks as the focus of the battle to prevent and defuse major risks. Since then, the Chinese regulatory agencies have significantly strengthened supervision on the specialization and core business operation of the "Big Four" AMCs.

At the start of the third decade, the four AMCs are unanimously embarking on the road to return to their main business. It can be predicted that the four major AMCs may continue to downsize in the future, which is in line with the development trend of industry, regulatory requirements and the current strategy of preventing and resolving financial risks. In the long run, specialization will help the AMC industry optimize its business structure, improve asset utilization efficiency, and improve core competitiveness and development quality. After all, China does not lack good banking, insurance and securities institutions, but needs more professional and experienced non-performing asset management institutions.

For China Huarong, stabilizing the current liquidity is only a phased task, rather than a goal of reform. From the analysis of all aspects, the "immediate worries" of liquidity are ungrounded, and the market should pay more attention to its "foresight" of improving quality and efficiency, as well as the future development prospects brought by this "foresight" to Huarong.

How can AMCs improve quality and efficiency? It is undoubtedly a relatively quick strategy to divest some non-advantageous and non-main business subsidiaries. On the one hand, the released funds will help optimize AMCs' business structure, promote strategic adjustments, and further focus on the main business. On the other hand, it is also an opportunity for Huarong to completely offload the historical burdens. According to Huarong's 2019 annual report, the revenue of the non-performing asset management segment was RMB69.791 billion, representing an increase of 7.8% over 2018, and the pre-tax profit was RMB19.591 billion, representing an increase of 51.8% over 2018. The contribution of the main business is relatively high.

In addition, the CBIRC recently issued the "2021 Regulations and Legislation Work Plan", including the formulation of the "Interim Measures for the Supervision and Management of Local Asset Management Companies", which means that local AMCs are expected to usher in unified supervision this year. Under unified supervision, the AMC industry may face a new round of reshuffle, which will increase the constraints on local AMCs, while it is favorable for the four leading AMCs in the industry. 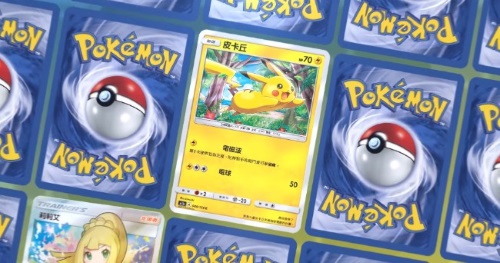 BANGKOK, Jun 30, 2021 - (ACN Newswire) -  The Singapore Court of Appeal has rendered a final decision absolving Nop Narongdej of an obligation to make a compound payment for the purchase of