He cited issues related to powerful groups in the company and the price difference between Boeing 777-300ER aircraft rental and CRJ1000 aircraft purchase.

Ghonta spoke of having reported the problems to several institutions ranging from the director-general of the Ministry of Law and Human Rights to the chairman of the Corruption Eradication Commission (KPK).

The report outlines the government's plan to restructure Garuda Indonesia as well as provides evidence regarding the procurement of ATR 72-600 aircraft.

We provide evidence from the investigative audit, so it is not an accusation, he asserted.

For the past two years, Garuda Indonesia had faced a financial storm due to past mismanagement that caused the company's debt to swell to more than Rp140 trillion, Thohir remarked.

Meanwhile, Thohir noted that the Garuda Indonesia case was not just about an aircraft but pertaining to an ecosystem.

He encouraged the Garuda Indonesia case to be resolved, as it was impossible to buy or rent an aircraft without a business plan and without calculating flight routes.

In the absence of such a calculation, Garuda ultimately paid the aircraft rental fee of up to 28 percent to the lessor as compared to only eight percent to other airlines' aircraft lessors.

"Hence, there is a system and there is a solution, so that in the future, Garuda will not repeat similar cases again since due to no management, the loss will also affect the people, in the form of expensive tickets," he pointed out.

In addition, the SOEs Ministry has taken steps to restructure and salvage the state-owned airline.

The ministry will focus on transforming the airline to make it more accountable, professional, and transparent.

More than 470 creditors have submitted claims of up to US$13.8 billion, or equivalent to Rp198 trillion, to Garuda Indonesia as of January 5, 2022, as part of a debt recast.

After the verification is completed, the PKPU team will take a decision on January 19, 2022, regarding the amount considered to be valid and can be included in the restructuring process, he remarked.

The Garuda management had earlier submitted a proposal to reduce its liabilities by more than 60 percent, from US$9.8 billion to US$3.7 billion through restructuring.

The proposal aimed to help the company survive amid the COVID-19 pandemic that has protracted for two years.

Manurung explained that the working committee will work not only to look for management issues within the state-owned airline but also to explore options offered by the government.

The deputy chairman of Commission VI stated that the formation of the working committee was also a form of political support for Commission VI of the Indonesian House of Representatives for Garuda Indonesia to stay afloat.

Meanwhile, State-Owned Enterprises Minister Erick Thohir expressed support for the establishment of a working committee by Commission VI of the House of Representatives (DPR RI) to rescue and reform national carrier Garuda Indonesia.

Establishment of the working committee is proof of DPR RI's concrete support and commitment to monitoring the state-owned airline's rejuvenation process, the minister noted.

The political support that the legislature has exhibited would be key to rescuing the flag carrier, the minister noted while adding that his ministry is committed to cooperating with the parliament's working committee for seeking solutions to remedy issues that have plagued the national airline.

The ministry will also inform the working committee, which will monitor the airline's restructuring and reform progress, about Garuda Indonesia's future business and reform plan, he added.

Transforming Garuda Indonesia is a must to ensure the flag carrier survives amid the economic uncertainty posed by the COVID-19 pandemic and to ascertain that it records positive performance after the pandemic, he noted.

The ministry has also collaborated with the Attorney General's Office to investigate allegations of corruption by the airline management in the past, the state firm minister remarked.

Thorough reforms in the law enforcement and business aspects are expected to bolster Garuda Indonesia's performance to become more accountable, professional, and transparent in the future, Thohir affirmed.

Efforts to eradicate corruption by the minister are also being made in the insurance business sector.

Thohir revealed that the completion of Jiwasraya's mega scandal case provided a solution for the aggrieved parties.

"However, what distinguishes us from other corruption cases is that the Jiwasraya case has a solution for those who were harmed. It is not a pending case for which there is no explanation. Those who were harmed will be recompensated for their losses," Thohir stated.

The minister drew attention to no solution being found to this day in several cases of corruption in pension funds and insurance. No refund was offered to the cheated parties.

For instance, the case of illegal online loans where no perpetrators or masterminds had yet been revealed and no refund was provided to the victims and deceived parties.

Thohir affirmed that the collaboration was necessary to solve the Jiwasraya case.

President Joko Widodo gave directions that the Jiwasraya case should be solved immediately.

After looking at the facts and evidence, an audit investigation from the Development Finance Comptroller (BPKP) and a report from the Supreme Audit Agency (BPK), the Ministry of SOEs officially reported the Jiwasraya case to the Attorney General's Office.

"The Ministry of SOEs does not want to become trapped in legal problems, and it focuses on corporate issues," the minister stated.

In addition, Thohir will fix pension funds in state-owned enterprises comprehensively this year.

The pension fund has become a breeding ground for corruption, with the pensioners' bills not being paid in the end, he pointed out.

To this end, the minister of SOEs urged Commission VI of the Indonesian House of Representatives to jointly conduct a focus group discussion on exposure regarding pension funds.

"We are ready, but we cannot clean it up right away, as there is a binding law. Hence, the Ministry of SOEs cannot intervene," Thohir noted.

Meanwhile, he remarked that comprehensive improvement in pension funds in the state firm became one of the SOE Ministry's programs in 2022.

The existence of state-owned companies aims to provide the greatest profits to the state.

Thereafter, the profits will be channeled back through various programs for the people, starting from infrastructure development to welfare improvement, and others.

There is no place for corruption within SOEs.

The accountability, transparency, and anti-graft approaches must continue to be implemented to build prosperous SOEs. 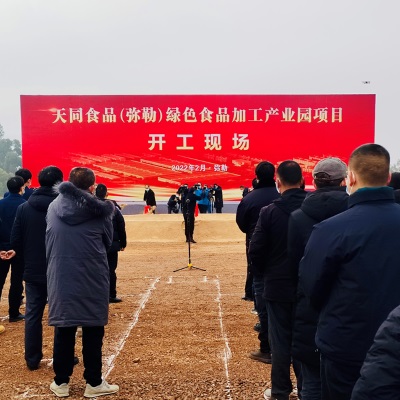