In the face of the sudden outbreak of COVID-19 in the first half of the year, Greenland Hong Kong actively responded to the state's requirements for coordinated promotion of epidemic prevention and control and economic development, and took the initiative to implement precise and targeted policies. With the concerted efforts of all staff of Greenland Hong Kong, the Company managed to maintain a good growth momentum despite the adversity in the first half of the year. In particular, it recorded steady increase in major indicators of core profits, continued to optimize the layout of key projects and achieved great progress in industry collaboration, laying a solid foundation for completion of the annual goals and tasks.

While continuously enhancing its profitability, the Company kept on optimizing the debt structure. Its net interest-bearing debt ratio was only 38%, maintaining at a relatively low level as compared with the industry peers. The existing interest-bearing debt balance was RMB16,750 million, of which 67% were long-term debts and 33% were short-term debts, and the weighted average interest rate decreased to 5.5%. At the same time, the Company continued to strengthen its cash flow control and collected 92% of its sales receivables in the first half of the year, thereby providing the Company with sufficient cash flows. Up to now, the Company's cash on hand was RMB10,333 million, which was sufficient to cover short-term interest-bearing liabilities. The Company's capital chain security has been continuously consolidated, and its anti-risk capability has also been further improved, providing strong support for the further development of the Company.

In the first half of the year, Greenland Hong Kong focused on major projects and deepened inter-sector synergy in the Yangtze River Delta, Greater Bay Area, Beibu Gulf, Yunnan and other key areas, and a number of key projects with potential have been implemented successively. As of the date of the results announcement, the Company secured 13 new land parcels and achieved newly constructed gross floor area of 2.53 million sq.m. with a total worth of approximately RMB42.1 billion, an ownership ratio of 84% and an average floor price of RMB6,012 per sq.m. These projects are concentrated in core cities with dense population flows, rapid economic development and extremely competitive advantages, where the real estate market has gained strong support. Among these new projects, the projects to be delivered in the second half of this year is worth approximately RMB14,330 million, providing sufficient support to achieving the annual goal.

Up to now, Greenland Hong Kong has a total land reserve of approximately 22 million square meters in 26 cities across the country with a total of 70 projects. Over 70% of the total land reserve is located in the first- and second-tier cities and provincial capital cities, which has formed a balanced and deep layout in the core areas of the Yangtze River Delta, the Guangdong-Hong Kong-Macao Greater Bay Area, the gateway areas of the Belt and Road and the Hainan Free Trade Zone and can fully support the Company's development needs in the next 2 to 3 years.

Greenland Hong Kong is committed to meeting people's increasing needs for a better life by enhancing the value of its products and facilitating product upgrade through continuous refinement and improvement. By adhering to the concept of housing upgrade, Greenland Hong Kong combined arts and technology to upgrade the 8+X product series, and launched various popular IP products such as Greenland Loch Mansion in Taihu, Greenland Yejin Mansion in Yangzhou, Greenland Yushan World in Jiangyin and Greenland Ocean Masterland in Nantong, which attracted great market interest and attention. In addition, in the first half of 2020, Greenland Hong Kong was granted 16 domestic and overseas design awards for its projects. The Company also adhere to refined management. It established a data platform with focus on Greenland Hong Kong to implement information-based, systematic and visualized management of specific measures to reduce cost and enhance efficiency, thereby enabling refined management and control of the whole operation cycle and effectively reducing cost and enhancing efficiency. In the first half of 2020, the Company recorded gross profit margin of 33%, keeping it at a relatively high level among industry peers for many years in a row. Since its establishment seven years ago, Greenland Hong Kong's gross profit margin grew from 27% to 33%, which reflected continuous and rapid improvement in the operation ability and profitability of the Company.

While continuing to develop and expand its main business of real estate, Greenland Hong Kong strived to build a real estate+ ecological chain, focusing on the coordinated development of comprehensive health, cultural tourism, cultural and educational sectors. The systems of comprehensive health industry have been continuously enriched and improved, and the "H1 health city" sector has gradually been carried out with seven companies related to the health industry introduced. Provectus Care Mansion upgraded the care standards to set a benchmark for high-end care. The large-scale cultural tourism projects of sports and health landed in Jinning, Kunming, creating a new benchmark for health and cultural tourism in Kunming. The high-end educational resources such as Shanghai Jiao Tong University's Institute of Cultural and Creative Industry opened in the Greenland International Education Park to promote new models of industrial practice and talent training. Nanning 289 Shanghai Tiandi Commercial Plaza strived to create the most modern and high-quality urban living venue and build a very representative symbol of culture, business and tourism in Nanning, and was recognized as a national AAA grade tourist attraction. These successful commercial operations further enhanced the value of assets and created new growth drivers for the development of the Company.

In the first half of 2020, Greenland Hong Kong carried out a series of mechanism innovation with focus on "project co-investment system". Through the incentive mechanism that adopts the "one share one vote" structure and advocates equal rights and responsibilities, the Company aligned the interests of its shareholders, management members and frontline project teams, which greatly motivated the management members and frontline staff and improved their creativity and cohesiveness, thereby facilitating the development of the Company with their concerted efforts. In addition, as a state-backed real estate enterprise, the Company will actively explore the in-depth implementation of mixed ownership reform, continue to promote system and mechanism innovation, and establish a more market-oriented and professional operation system.

Moreover, Greenland Hong Kong made full use of its advantages in information technology and employed emerging technologies such as big data, artificial intelligence and cloud-based services to create a data driven digital management platform covering the entire life cycle of business, which enables online and real-time business management, thereby facilitating the strategic transformation from information technology (IT) management model to digital technology (DT) management model and further enhancing the management efficiency. Through innovation in governance mechanisms, we will continue to stimulate our endogenous development momentum.

While focusing on its development, Greenland Hong Kong has also spared no effort to devote itself to charity and public welfare undertakings, actively fulfilling its corporate social responsibility and mission. Immediately upon the epidemic outbreak in the first half of the year, 2,846 employees of the Company spontaneously donated nearly RMB800,000 in one day, and it also purchased epidemic prevention materials worldwide to support front-line work. We supported the Greater Bay Area in the fighting with the epidemic, assisting farmers and industrial poverty alleviation, and we stood with our country and the people to get through such bad times. We launched the Red Jacket Village Children's Charity Program to pass on the charity of property owners, customers, employees and their families to left-behind children in poor and mountainous areas. Greenland Hong Kong has fulfilled its corporate mission of "mission-driven, considerate and humane" with practical actions.

Mr. CHEN Jun, the Executive President of Greenland Holdings and the Chairman of the Board and Chief Executive Officer of Greenland Hong Kong, said at the press conference that "in the first half of the year, the COVID-19 epidemic has brought an unprecedented impact to China's social and economic development, which put the real estate enterprises to the test with respect to their abilities in operation, profit making, risk resistance and long-term development. By taking targeted and proactive measures and putting great efforts in precise business planning, refined management, financial position improvement and system innovation, Greenland Hong Kong achieved stable growth in operating results, which reflected the powerful strength and great resilience of the Company. In the second half of the year, as the market gradually picks up, our previous layout and efforts will gradually pay off, and we are confident that we can keep the target set at the beginning of the year unchanged. We will focus on resources, regions and key projects to strive for steady growth in core performance. We will continue to optimize the debt structure, improve the cash flow position and enhance our ability to resist risks. We will persistently strengthen inter-sector synergy, deepen the overall upgrade of the comprehensive health, cultural tourism, cultural and educational industries, continue to provide consumers with better life scenarios and better lifestyles, as well as continuously promote the high-quality and healthy development of the Company."

About Greenland Hong Kong Holdings Limited
Greenland Hong Kong Holdings Limited (337.HK) is a subsidiary of Greenland Holdings, one of the top 500 companies in the world. Ever since its establishment 27 years ago, Greenland Holdings has created a diversified development pattern of "focusing on the development of real estate market and placing equal stress on Big Infrastructure, Big Finance, Big Consumption, medical and healthcare and scientific innovation" with a global presence. By adhering to the development strategies of capitalization, popularization and internationalization, Greenland Holdings has secured its market presence in more than 100 cities of domestic and overseas countries such as China, the United States, Britain, Germany, Australia, Canada, South Korea, Thailand and Malaysia. Leveraging Greenland Holdings' mature brand image, rich resources, large scale and system, advanced management and passionate corporate culture, Greenland Hong Kong will comprehensively consolidate the existing assets and fully utilize the advantages of the capital platform in Hong Kong to establish itself as a benchmark in the Hong Kong capital market for mainland China real estate players. 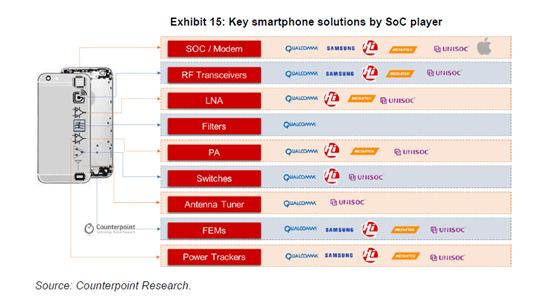