HONG KONG, Aug 20, 2020 - (ACN Newswire) -  Huijing Holdings Company Limited ("Huijing Holdings" or the "Group"; Stock code: 9968 ), an integrated residential and commercial property developer in the People's Republic of China ("PRC"), with a foothold in the Greater Bay Area, has announced its first interim results for the period ended 30 June 2020 ("1H2020" or "the Period") since listing on the Main Board of The Stock Exchange of Hong Kong Limited ("HKEX") on 16 January 2020.

During the period ended 30 June 2020, the Group in leveraging the advantages of a successful presence in the Guangdong-Hong Kong-Macau Greater Bay Area, rich quality land reserves, excellent products and strong service capability, has continued to achieve favorable business results amid adverse market conditions. Overall revenue totaled approximately RMB 2,277 million, representing a period-on-period upsurge of 73.0%, which was primarily attributable to the sale of properties and, to a lesser extent, the leasing of investment properties. Gross profit amounted to approximately RMB 877 million, a period-on-period increase of approximately 28.4%. Gross profit margin declined to approximately 38.5%, which was mainly due to the difference between the product portfolio and regional portfolio of property deliveries. During the Period, profit surged by 43.4% period-on-period to approximately RMB 306 million in 2019, and net profit margin reached 13.4%. Basic earnings per share were RMB 0.06. The Board of Directors resolved not to declare any interim dividend.

Mr. Lun Zhao Ming, Executive Director and CEO of Huijing Holdings, said, "2020 is a year of challenges and opportunities. Despite facing an ever-changing market environment and intensifying competition in the industry, the Chinese government has insisted on the principle of 'Houses are for living in, not for speculative investment' and has implemented property market regulations accordingly, thus contributing to the steady development of the industry as a whole. After listing, the Group has leveraged its existing strengths and markets and capitalized on the favorable austerity policies to continue its strategy of extending its reach in the Greater Bay Area in order to cope with market changes. As a result, its results have continued to improve and contracted sales reached a new high."

During the Period, the Group has continued to implement its strategy, the general direction of which has been steady and balanced development. The Group has also adhered to its mission "Maintaining a foothold in the Greater Bay Area", by operating its base in Dongguan and continuously extending its reach in the Southern, Central and Eastern regions of the PRC. In addition, the Group has further optimized its business portfolio and capital structure, as well as grasped opportunities from the stable development trend of the property market. During the Period, the Group's revenue from the sale of properties soared by around 73.1% period-on-period to approximately RMB 2,276 million. The Group recognized a total GFA of approximately 238,917 sq.m., an increase of approximately 83.1% as compared with last period. The average selling price ("ASP") was approximately RMB 9,526 per sq.m.

As at 30 June 2020, the Group had land reserves amounting to approximately 2.63 million sq.m., with 17 projects and 5 parcels of land located in 5 cities namely Dongguan, Heyuan, Hefei, Hengyang and Changsha, in the Greater Bay Area, the Yangtze River Delta Urban Cluster and the Mid-Stream Urban Cluster. With a deep understanding of the property markets in the Greater Bay Area, Yangtze River Delta Urban Cluster and Yangtze Mid-Stream Urban Cluster, as well as in-depth research on target cities, the Group has been actively expanding its land reserves. This will ensure and support better balanced and steady development of the Group in the future.

The Group's finances are stable, with total assets valued at RMB 8,973 million and net gearing ratio at 26.5% as at the Period, a significant year-on-year improvement. Total cash and bank balances amounted to approximately RMB 1,115 million (31 December 2019: RMB 729 million). Going forward, the Group will use the cash generated from its operating activities, available banking facilities, and net proceeds received from the Global Offering to further improve its financial structure and reduce finance costs. In addition, the Group will continue to strengthen cash flow management, speed up repayments and increase the capital turnover rate.

Mr. Lun Zhao Ming, Executive Director and CEO of Huijing Holdings, said, "The outbreak of COVID-19 at the start of the year had a short-term impact on the property market in the PRC. Nonetheless, the Group has responded to the pandemic by making adjustments aimed at optimizing operations, and have done so in a prudent and proactive manner. It has also refined and strengthened the management of project timelines to enhance its resilience against adversities. The Group will adopt a more proactive sales strategy and modify its marketing plans and strategies in a timely fashion. With the pandemic improving, we believe that transactions will gradually increase and drive the growth of the Group's results. Looking ahead, in line with its mission of 'Inspiring growth together', the Group will continue to bolster its foothold in the Greater Bay Area and gradually extend its reach across areas with high growth potential, such as Yangtze River Delta, Chengdu-Chongqing and the mid-stream of the Yangtze River. With stable business growth, sufficient land reserves, sound investment strategy and proactive sales operations, the Group is confident that it will boost both sales and competitiveness, so as to deliver sustainable and high-growth returns to shareholders." 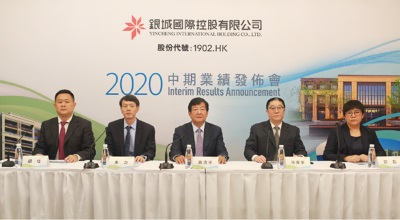 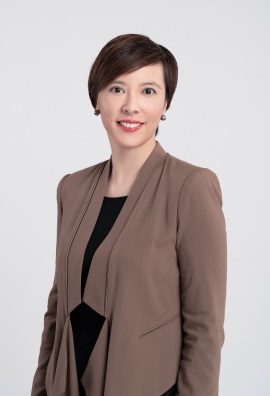