Since the end of the feed-in tariff in 2019, there has been no financial incentive to adopt solar technology. Rowan however aims to change this by bringing carbon offsetting and blockchain together enabling greater environmental and financial rewards to its customers. The UK-based energy start-up passionately believes in making renewable energy production equally as valuable to its producers as it is for the environment.

Right now, potential solar customers can earn a maximum 5.5p per kilowatt hour (kWh) for the electricity produced by the solar panels on their roof. This means, depending on your solar supplier, that it could take up to thirty years to get a return on investment, which is longer than the panels are expected to last.

Rowan Energy residential customers can currently enjoy returns of up to 15.5p per kWh with the capacity for this figure to grow in future. Potentially bringing them profits on their solar investment in less five years.

Rowan allocates rewards for every kWh produced by the solar setup, not just what is fed onto the grid. This level of incentive is achieved by bringing several new technologies together in a single package. The backbone of their platform is a custom built blockchain. A blockchain is a distributed secure database, that traditionally utilises large amounts of energy to run. Rowan built their own custom blockchain from the ground up. The blockchain was designed to run on Raspberry Pi's (a UK distributed micro-computer), making it low powered and therefore low-carbon.

The Smart Miner sits behind the existing smart meter, counting the energy produced by the roof top installation while simultaneously validating the transactions on the blockchain itself.

Once installed the Smart Miner counts the energy produced by the solar panels and rewards its owners with points accessible via a user-friendly interface either on a desktop or mobile app. As these devices sit behind the solar panels Rowan's custom made blockchain is mostly solar powered and carbon neutral.

The reward points represent 10p for every kWh produced. Once collected points can be transferred to your PayPal account or Rowan Debit card, with the added benefit of being given the option to donate rewards directly to UK fuel poverty charities.

When joining Rowan Energy Rewards, you will not have to change your current supplier and it does not affect any agreed feed-in program.

In February 2021 Rowan began its beta rollout program. Working with leading solar panel installer Ecocute, Rowan has begun installing miners into 50 properties to test and perfect the program end to end prior to a national rollout. Rowan Energy has a target of installing ten thousand miner units in properties by the end of the year.

This is just the beginning of the Rowan Energy journey. Once Rowan has signed up a significant number of solar customers, they plan to launch their peer-to-peer energy trading platform. This means that solar prosumers will be able to sell their energy directly to other consumer, based on how much energy the customer needs and the producer closest to them. Meaning you could share your solar energy production with family, friends and others.

By bringing this to market Rowan Energy will become the world's first community fed green energy company. Customers will be able to go onto their dashboard and see in real-time where their energy is being produced.

This not only brings better returns for producers, but cheaper green energy for consumers and eliminates the controversial use of Green Energy Certificates to greenwash energy produced by diesel or coal power stations. Some energy companies buy brown energy, offset the carbon and then sell it to unsuspecting Green energy customers.

The idea for the business was first established in 2018 in Cambridge, by the company's CEO and founder; David Duckworth.

After being rebuffed by several large utility companies, David worked to develop the idea and brought out a 4 stage plan to bring the new incentive to market.

Phase one saw Rowan Energy build a beta version of its low-carbon blockchain and partner with smart meter provider PassivSystem to launch a proof of concept that tracked the energy production of 175 houses and rewarded them for that production.

In phase two Rowan released its live blockchain and then added the base token; Rowan Coin, to major exchanges ProBit and LAtoken. Next Rowan Energy set about hiring talent from around the world to help make David's vision become a reality.

Following on from phase two Rowan concluded the development of its Smart Miner technology and manufactured its first revolutionary hardware product. Partnering with a welsh open-source smart meter company Emonpi they were able to move into the current phase three, which has seen the Smart Miner being rolled out to homes as part of its beta launch trial. A national rollout is expected in the latter part of 2021.

Phase four will see the introduction of Rowan as a licenced utilities provider followed by exciting Solar-Battery-EV potential advancements.

Rowan Energy want to make Green Energy available and rewarding to all. 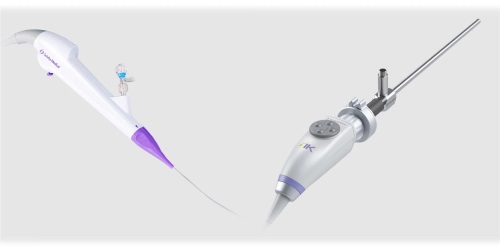 Manilla, Philippines, Apr 26, 2021 - (ACN Newswire) - iZooto has signed a 3-year contract with Summit Media to double down on its audience engagement and retention efforts. iZooto, a US-based India HQ,