HONG KONG, Dec 14, 2020 - (ACN Newswire) -  On November 30, a new domain name "Douyinpay.com" was added under "eName", which is a domain name registrar commonly used by ByteDance to store its domain names. With DouYin Pay, DouYin's short video ecosystem is expected to form a closed loop.

Joy Spreader is deeply integrated into the DouYin ecosystem

On December 6, Joy Spreader in its announcement pointed out that DouYin had further opened up access to mini-programs and H5 games in its ecosystem, allowing the users to experience more features without leaving DouYin. This has enriched DouYin's commercialization and monetization channels and increased user retention. In fact, Joy Spreader will provide more content products and monetization channels to DouYin Pay, and the company will continue to benefit as one of the first key partners to gain access to DouYin's platform.

Online payment service is an important infrastructure for internet companies like DouYin to carry out user ID-based marketing and expand into other businesses such as finance. The most important task after launching a payment service is to cultivate users' habits and guide them to use the payment service for functions such as the Shopping Cart and access to mini-programs and H5 games.  DouYin not only offers its users access to mini-programs and H5 games, it also offers interconnectivity to other payment services providers such as WeChat Pay and Alipay, so that users can easily finish top-up payments without leaving DouYin, which further improves the user experience.

As the largest performance-based we-media marketing service provider in China, Joy Spreader has started expanding into new content platforms such as short video and live streaming while covering mainstream information platforms such as WeChat official accounts.

Based on its IPO prospectus, as early as the fourth quarter of 2018, Joy Spreader became one of the first companies to gain access to DouYin's e-commerce platform. Since DouYin's launch of its accesses to mini-programs and H5 games, Joy Spreader once again maintain its position as one of the first companies to serve as DouYin's distributors and joint-operators of mini-programs and H5 games.

The reason why Joy Spreader can be quickly integrated into DouYin's ecosystem is that its service can help more users of DouYin to monetize, which in turn increases the user retention on DouYin's platform. The company is an important part of the closed-loop of DouYin's ecosystem.

As an algorithm and technology platform with experience in providing tailored products to the target audience of we-media publishers, since Joy Spreader entered the short video market, it has built a thorough database which includes over 3,000 cooperating Douyin accounts, with e-commerce purchase links and product placement. Joy Spreader can therefore provide more users with precise monetization solutions.

The emergence of platform companies such as WeChat and DouYin has made the channels of information dissemination increasingly flat and the traffic distribution more fragmented. This means that the focus of online marketing activities is shifting from media channels to users. The newly promulgated national "Anti-monopoly Guidelines on the Platform Economy (Draft for Comments)" has also clarified this trend from a regulatory perspective. How to serve customers by effectively using the fragmented traffic has become a problem in we-media marketing service, which, however, brings opportunities to Joy Spreader.

Joy Spreader is able to capitalize on the opportunities because it can accurately match products with we-media publishers through big data analytics and algorithms.

Specifically, at the product end, Joy Spreader will analyze and select products with the same attributes and develop corresponding marketing strategies. At the media end, the company will label the we-media publishers with corresponding tags according to their users' age group, gender, geography, interests and other characteristics to create preconditions for the following precise marketing.

More importantly, as the number of marketing services increases, the massive data feedback will further optimize the accuracy and efficiency of the algorithm matching and continuously improve the ROI of the marketing services. As a result, industry customers can access the service at a reasonable price and with better marketing performance.

As shown in the announcement of Joy Spreader on October 31, 2020, the company has provided content monetization services to an aggregate of 36,612 WeChat official accounts, an increase of 63.5% as compared to the number as of December 31, 2019. The number of cooperating DouYin accounts, with e-commerce purchase links and product placement, has exceeded 3,000. Gross profit for the first 10 months reached RMB175 million, 1.5 times of last year's full-year profit of RMB117 million.

Through the data, the significant growth of the number of WeChat official accounts served by Joy Spreader can be visualized. This ongoing trend proves that once Joy Spreader's algorithms work its magic, the outcome is continuous growth. Therefore, it's not difficult to imagine the company's future expansion on DouYin's platform.

As DouYin further permits the access of mini-programs and H5 games in its ecosystem, Joy Spreader's cooperation with DouYin will deepen in every dimension. Cooperation on the platform-level access will bring exponential growth in the number of DouYin users, which will further expand the growth rate and growth scope of the company and is expected to usher in a new round of performance development.

HONG KONG, Dec 14, 2020 - (JCN Newswire) -  On November 30, a new domain name "Douyinpay.com" was added under "eName", which is a domain name registrar commonly used by ByteDance to 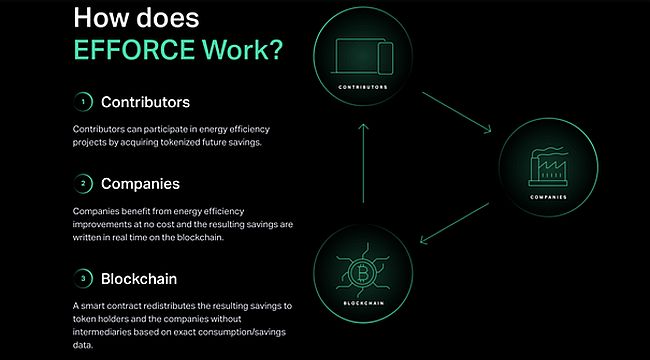