LOS ANGELES, CA., Jun 26, 2020 - (ACN Newswire) -  Moms on Watch, a watchdog group dedicated to making mother's milk safe, affordable, and accessible is urging the board of Prolacta Biosciences Inc. to immediately engage an independent investigator to assess the mounting number of disturbing claims made about Prolacta's management and its business practices.

This demand comes after the most recent allegation was brought to light in the form of a lawsuit by former employees alleging they suffered preventable injuries after being forced to carry large bags in cold temperatures without sufficient protective equipment.

This latest lawsuit joins a slew of other controversies at Prolacta which has led many Moms on Watch members to highly doubt if large venture backed pharmaceutical companies should be in the business of selling mother's milk, which the group contends should be affordable and accessible.

Some of the other allegations include:

1. A lawsuit (LA Superior Court Docket 19STCV37738) filed in October of 2019 by a former Director of Human Resources, Jacqueline Roeder, points to a systemic culture of racist, sexist and homophobic comments. These include allegations that VP of Operations made fun of an employee for being a lesbian and, together with CEO Scott Elster, declined to hire a candidate due to his sexual orientation. The lawsuit also cites pay disparities between male and female employees and a culture of inappropriate remarks by top executives.

2. The lawsuit from that same former HR Director also alleges an even more disturbing and potentially fraudulent practice of using milk donors' DNA for research without their authorization. These allegations, if true, potentially amount to fraud.

3. Prolacta is currently in late stage litigation with a small Oregon based milk bank called Ni-Q LLC based on allegations that Prolacta fraudulently obtained bogus patents (US District Court of Oregon, Case No. 3:17-cv-934-SI).

4. Some of the reviews on job site Glassdoor again point to disturbing comments made by executives and a toxic good ol boy network where friends of Scott Elster are promoted over more qualified candidates. Accounts of inappropriate comments aren't even limited to Glassdoor. One former employee recalls Scott Elster telling her that her "pregnant belly was disgusting" and that she shouldn't have another baby.

5. Prolacta has sued Medolac, a Public Benefit corporation, in a case legal observers have called frivolous and predatory. This case appears like an attempt for Prolacta to silence competition and bury a smaller competitor in legal fees.

Moms on Watch had the following statement on the matter:

"Mother's Milk is essential for the proper development of preterm infants which means it is critical that companies providing mother's milk act as good citizens to make sure it reaches everyone who needs it, not just those who can afford it. Scott Elster and Mark Hannon are not taking this critical mission seriously when there are allegations of mistreatment of workers and crude comments by executives. Moreover, it is critical to acknowledge the systemic issues including allegations of misusing donors' DNA - a serious breach of trust, and discriminating against women at a company providing MOTHERS milk. Prolacta seems to embody everything people find most troubling about Big Pharma."

Moms on Watch called on Prolacta board members and top investors to immediately order an independent investigation and clean house if needed.

"David Brailer, Dan Janney, Braden Kelly, Martin Sutter, Andy Funk, Frank Foster and Tiffany Foster, Bill Draper and the rest of the board are ultimately responsible for the company and its actions. It is not acceptable for board members to claim this isn't their job - these mounting allegations call for decisive action. No more finger pointing, no more dodging responsibility. Bring in an independent investigation now or you will be seen like the rubber stamp boards that ok-ed the illicit conduct of other dubious names in this industry like Elizabeth Holmes and Martin Shkreli."

This news release was issued through EmailWire - the global newswire with press release distribution services: http://www.emailwire.com. 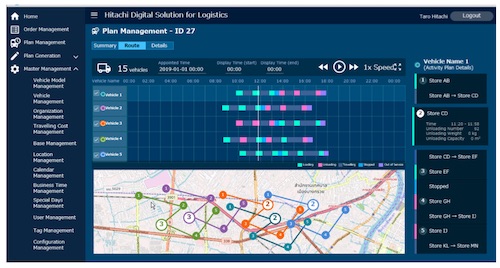