Philadelphia, PA, Nov 6, 2021 - (ACN Newswire) -  The full schedule of programming for PAX Unplugged, the most attended tabletop gaming convention in the eastern U.S., is now available on the PAX website. The die has been cast, and a full weekend of panels featuring industry celebs and fan-favorite personalities hits the floor when PAX Unplugged returns to the Philadelphia Convention Center from Friday, December 10 through Sunday, December 12, 2021.

For the first time in two years, PAX Unplugged returns with a weekend full of sensational fun and behind-the-scenes access. Walk the show floor, seeing and playing the latest from Cephalofair, R. Talsorian Games, CGE, KOSMOS, Bezier Games, and more. The full exhibitor list is available now. Choose from hundreds of tiles in the freeplay area and bring the whole family. With greater COVID-19 vaccine availability for children ages 5 to 11, Sunday Kids Day badges have been added for those who have completed a full vaccination series 14 days prior to the show.

"We always say 'Welcome Home' at PAX, but this year feels welcomey and homier than usual," said Jerry Holkins, co-founder of Penny Arcade and PAX. "It's time to unleash our treasured dice and embark on new adventures in the very best of company."

Three-day badges for PAX Unplugged 2021 are on sale now for $75, while individual Friday, Saturday, and Sunday badges are available for $35 each. Sunday Kids Day badges sell for just $10.

PAX, or Penny Arcade Expo, is a festival for gamers to celebrate gaming culture. First held in Seattle in 2004, PAX has nearly doubled in size each successive year, with PAX Prime 2014 selling out of tickets in a matter of minutes. Connecting the world's leading game publishers with their most avid and influential fans, PAX expanded with a second show in Boston in 2010, and a third in San Antonio in 2015, making it the three largest gaming shows in North America. The first international PAX was held in Melbourne, Australia in 2013. In 2017, Penny Arcade established PAX Unplugged, its first tabletop-focused show, held in Philadelphia.

Penny Arcade has been the world's most popular webcomic for over 20 years, with over 3.5 million readers. Started in 1998 in the living room of Mike Krahulik & Jerry Holkins, it has grown into a media empire encompassing multiple beloved properties such as Lookouts, Automata, and beloved D&D live-play series Acquisitions Incorporated. Penny Arcade was responsible for the creation of Child's Play, a gaming charity that has raised over $45 million dollars for children across the world. They are also the founders of PAX, the number one consumer gaming festival in North America, with hundreds of thousands of loyal visitors every year. 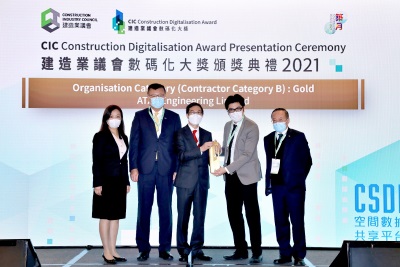 HONG KONG, Nov 8, 2021 - (ACN Newswire) -  Analogue Holdings Limited (stock code: 1977) together with its subsidiaries (referred to as "ATAL Engineering Group", "ATAL" or the "Group"), a leading electrical and