As a leader of the industry, Changsha Broad Homes Industrial Group Co., Ltd. (2163.HK) has launched its initial public offering in Hong Kong on October 24, with offer price ranging from HK$ 9.68 to HK$12.48 and entry fee amounting to approximately HK$3781.73 per board lot of 300 shares, seeking to raise up to HK$1,520.91 million funds, assuming no exercise of the Over-allotment Option.

The company is a pioneer and leader of the industry, committed to establishing a digitized system covering the entire industry chain of construction. It was also the first in the industry to possess a technology system covering the entire industry chain with proprietary intellectual property. Capitalizing on the first class PC unit manufacturing capability as well as advanced software and systems such as PC Maker and PC-CPS, it has connected each step of the construction industry chain covering design, manufacturing, construction, operation and maintenance, and has become a standardized portal for industrialization and intelligent service platform in the construction industry. Supported by its strong technological capability, its per-capita production efficiency for PC units manufacturing reaches 2.0 m3/day, far higher than the average level of industry peers in China which is approximately 0.5-0.6 m3/day. The average gross profit margin of its PC unit manufacturing business for the years ended December 31, 2016, 2017 and 2018 has reached over 30%, higher than the average of 5%-15% of the industry peers in China during the same periods.

Continuous innovative development is underpinned by the strong technological capability. For the years ended December 31, 2016, 2017 and 2018 and the four months ended April 30, 2019, the total expenditure of its research and development amounted to RMB116.6 million, RMB143.3 million, RMB207.7 million and RMB63.0 million, respectively. Hard work always pays off. As of April 30, 2019, it has 515 patents, and has filed 439 patent applications in the PRC. The company possesses several world-class core technologies, including, among others, complete PC equipment research and development and manufacturing technology, fully prefabricated residential construction technology and integral utility tunnel composite prefabrication technology.

After years of development, the company has built up a good reputation for its brand in overseas markets. It is the only prefabricated construction enterprise selected by the Ministry of Industry and Information Technology to participate in the Pilot Demonstration Project of Intelligent Manufacturing 2018. Besides, the company has won numerous awards. For example, it ranked No. 1 among the "First-Choice Brands" in prefabricated construction in the selection of first choice brands of China's top 500 real estate developers organized by China Real Estate Association and China Real Estate Appraisal Center in 2018.

While making its brand known to the world, the company has also developed a high-quality customer base. As of April 30, 2019, it has provided integrated prefabricated construction solutions to nearly 300 clients, including eight of the top 10 real estate developers of 2017 in terms of sales areas according to Frost & Sullivan; and six of the top 10 construction companies of 2017 in terms of total contracted amounts according to Frost & Sullivan. In addition, it has established cooperative relationships with and provided prefabricated construction services to top-notch PRC developers and large-scale construction companies, such as Hefei Vanke, Chenzhou Country Garden and China State Construction.

In future, the company plans to leverage on the network of its wholly owned PC factories and the Joint Factories to integrate its technology centers in various regions to achieve national coverage and continue steering the development of the industry. 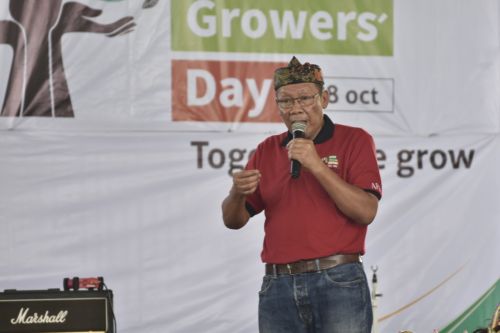 Bandung, W Java, Indonesia, Oct 31, 2019 - (ACN Newswire) -  More than 40 million tobacco farmers and tobacco farm workers around the world depend on tobacco for their lives. Unfortunately, there has