Raleigh, NC, Jul 15, 2022 - (ACN Newswire) -  Quantum Generations Qubit Blockchain The first testing node was launched to low Earth orbit in 2018 on SpaceX and was the first generation of Blockchain to engage in the space race and quantum space revolution. Schedule to deploy the Plato Blockchain nodes in the 1st quarter of 2023.

The partnership between the space industry and Blockchain is mutually beneficial. Conducting transactions via satellites will provide an even higher level of security and decentralization to distributed ledger technologies like Plato and Qubit Blockchain. Consequently, the quantum infrastructure is protected against any physical intrusion.

Additionally, the collaboration will present a chance to advance space technology. We have opened up an exclusive membership program for the QG Community. Every new member will receive a Web3 address from the Plato's platform and be placed on the priority list for the QPhone and other products and services. "We are thrilled to be a part of such significant industry advancements. Furthermore, we are pleased to collaborate with a distinctive partner in Plato, which will now be the Fourth Blockchain to participate in this space race," said Larry Castro, CEO of Quantum Generation.

The partnership represents a huge step toward the quantum space revolution and a new frontier.

Plato is an open intelligence repository and platform that curate's the latest data intelligence across the innovation economy. The platform is designed to provide a safe and secure environment to consume sector-specific real-time data intelligence while delivering fully secure Web3 connectivity.  Plato covers 27 Market Verticals across 27 languages. Plato's mission is to drive the shift to Web3 by organizing the technology sector via real-time research access across multiple data sets including an organized taxonomy consisting decentralized directories; news and intelligence, regulatory information, company fundamentals, pricing and liquidity, data analytics, OnChain data, people directory, dApp directory and GitHub contributions to the registry. Plato was designed to seamlessly connect users with thousands of Defi specific applications 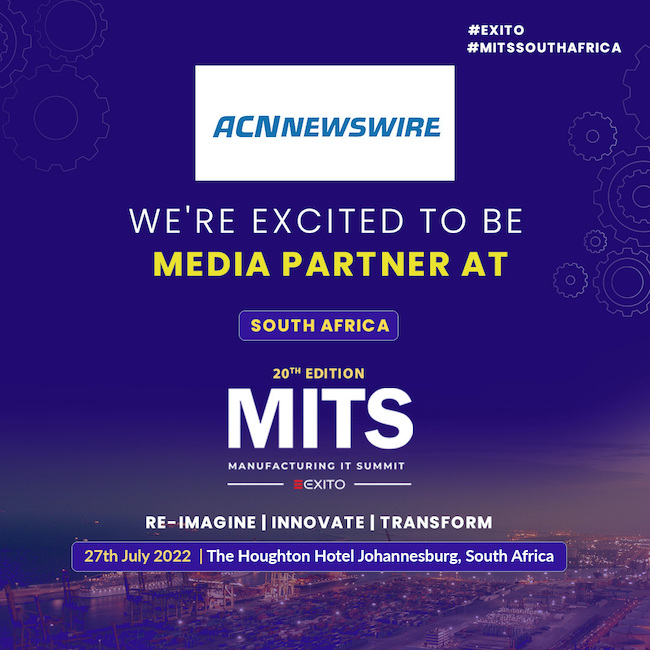 Africa, Jul 15, 2022 - (ACN Newswire) -  After successful 19 editions of Manufacturing IT Summit, Exito is all set to host another milestone event - which serves as an ideal platform to