KLANG, Malaysia, Apr 8, 2022 - (ACN Newswire) -  LTKM Berhad (LTKM), a leading chicken egg producer, today announced a composite proposal, chiefly to divest the Company's existing business and venture into the business of providing of electronic manufacturing services (EMS) while at the same time, rectify its non-compliance with the public spread requirement of its shares under the listing requirements of Bursa Securities Malaysia Berhad.

"The proposed disposal comes amid the challenging operating landscape for the poultry industry brought on by overcapacity, low average selling price of eggs, high raw material prices, difficulty in controlling disease outbreaks in the farms and acute labour shortage. In relation to these challenges, we have also incurred losses in the recent financial years ended 31 March 2020 to 2021 and for the nine-month period ended 31 December 2021. This has affected our ability to pay dividends too."

"Concurrent with the proposed disposals, we believe the proposed acquisition of the EMS business is an opportunity to create value for our shareholders through a business that is viable and profitable."

1. Proposed disposal of LTKM's existing business to Ladang Ternakan Kelang Sdn Bhd (LTKSB) for a total cash disposal consideration of RM158.83 million. LTKSB, which holds 71.6% of the equity interest in LTKM, is also the holding company of LTKM;

2. Proposed special dividend and capital repayment of RM1.1098 per LTKM share totalling RM158.83 million on an entitlement date to be determined;

5. Proposed restricted issue of 230.00 million new LTKM shares at an indicative issue price of RM0.60 each, representing 33.1% of the enlarged share capital of LTKM after the proposals to investors to be identified;

6. Proposed exemption to the vendors and persons acting in concert from the obligation to undertake a mandatory take-over offer to acquire the remaining LTKM shares not already owned by them upon completion of the proposed acquisition; and

The proposed acquisition will result in a significant change in LTKM's business direction from a producer of chicken eggs to becoming an EMS provider. Local Assembly, an EMS provider, will become a wholly-owned subsidiary of LTKM while the vendors of Local Assembly will become LTKM's controlling shareholders with a 56.6% equity interest in the Company following the proposed acquisition and proposed restricted issue. By virtue of his shareholding in Divine Inventions, Datuk Seri Chiau Beng Teik, the Executive Chairman of Chin Hin Group Berhad, will become a major shareholder of LTKM.

For Chai Voon Sun, co-founder and Managing Director of Local Assembly, the listing of Local Assembly via LTKM means a realisation of 2 decades of hardwork for him and his co-founders and a step forward in the company's journey of growth and expansion. "This transaction is a major milestone for Local Assembly.  We look forward to the next phase of our corporate journey as a listed entity, which will further accelerate our growth as an EMS player, allow us to expand our customer base and product offerings and pursue more opportunities" he adds.

Local Assembly, which started operations in 2000, is a manufacturer of electronic, electrical and plastic injection moulded components, and sub-contract assembler of electrical appliances and equipment. Its principal markets are Malaysia and Singapore.  For the financial year ended 31 December 2022, Local Assembly achieved PAT of RM20.06 million on the back of a revenue of RM116.35 million.

M & A Securities Sdn Bhd is Adviser to LTKM for the proposals. 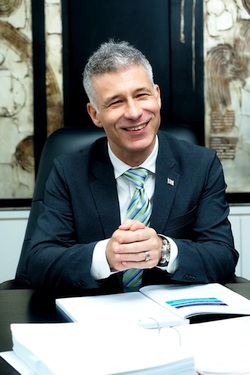