SINGAPORE, Jun 2, 2020 - (ACN Newswire) -  Sapphire is to strategically divest a 43.87% equity stake of subsidiary Ranken Railway for a cash consideration of RMB 280 million; and to retain 48.82% effective interest in Ranken Railway after divestment.

- Shenzhen-listed Shandong Listco (Shandong Hi-Speed's sole shareholder) has a market capitalisation of approximately RMB 5.24 billion as at 31 December 2019 and it is majority-owned by a wholly-state-owned enterprise in the PRC, hence Ranken Railway will become an indirect and partial SOE and it will be able to tender for key infrastructure projects in the PRC which require contractors or vendors to be state-owned.

- Upon the completion of the proposed transactions, Sapphire will retain 48.82% effective interest of Ranken Railway.

- The total consideration is 314% of Company's market capitalisation based on the closing price of the shares of the trading day prior to the date of this announcement.


Shandong Listco is a listed company on the Main Board of the Shenzhen Stock Exchange (stock code:000498) and it is engaged in the business of undertaking infrastructure construction, including highways, bridges, tunnels, municipal works engineering, traffic engineering, ports and waterways.

And given its status as an indirect SOE following the proposed transactions, Ranken Railway would be placed in a more favourable position to secure project contracts in the PRC, and may be able to enjoy lower interest rates on external borrowings from financial institutions.

In addition, Ranken Railway currently faces strong competitive pressure in tendering for projects in the PRC, with most of the projects it has tendered for awarded to SOEs. Hence, as an indirect and partial SOE, Ranken Railway will be able to tender for key infrastructure projects in the PRC which require contractors or vendors to be state-owned which it was previously ineligible to participate, in addition to projects which it could previously access as a privately-owned enterprise.

Ms Wang Heng, Chief Executive Officer of Sapphire, said, "While unlocking value for shareholders, we believe that this strategic divestment to Shandong Hi-Speed can significantly enhance the value and prospects of Ranken Railway with the combination of both companies' capabilities and resources to tap new market opportunities in urban railway infrastructure and water environmental management projects.

"And by retaining a meaningful stake in Ranken Railway, we have the opportunity to participate in the future growth of Ranken Railway as an indirect and partial state-owned- enterprise in the PRC.

"Notably, the gross cash consideration of RMB 280 million will give the Group's increased financial flexibility to strengthen our balance sheet and create optionality in our other business areas."

Listed on the Mainboard of the Singapore Exchange since 1999, Sapphire Corporation Limited ("Sapphire" or the "Group") is an investment management and holding company with a business model aligned towards urbanisation trends. Particularly, the Group is principally engaged in the engineering, procurement and construction ("EPC") business related to the land transport infrastructure and water conservancy and environmental projects in China.

The Group owns a 100% stake in China-based EPC business Ranken Holding Co., Limited ("Ranken") and its subsidiaries, which is a full-edged EPC firm and one of the largest privately owned integrated urban rail transport infrastructure groups in China.

TOKYO, Jun 2, 2020 - (JCN Newswire) -  Mitsubishi Corporation (MC) and Nippon Telegraph and Telephone Corporation (NTT) announced today that they have completed the acquisition of a 30% stake in HERE Technologies 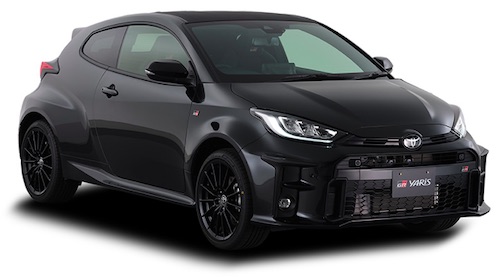 Toyota City, Japan, Jun 2, 2020 - (JCN Newswire) -  Toyota has announced its full line-up for the new GR Yaris models to be sold in Japan. Pre-orders for the GR Yaris*, which