HONG KONG, Mar 30, 2020 - (ACN Newswire) -  Sino Biopharmaceutical Limited ("Sino Biopharm" or the "Company", together with its subsidiaries, the "Group") (HKEX: 1177), a leading, innovative research and development driven pharmaceutical conglomerate in the PRC, has announced its financial results for the year ended 31 December 2019 ("the year"). The Group's overall results for the year continued to show considerable growth. The share of revenue contributed by new products in the Group's total revenue also increased notably, demonstrating its mature integrated capability in launching and promoting innovative products.

Results Highlights
- A total of 28 products including Lenalidomide capsules, Abiraterone Acetate tablet and several indications of Anlotinib capsules obtained the approval for drug registration granted by the National Medical Products Administration. Over 40% of these products are oncology drugs and the competitive edge of our oncology product line has been substantially enhanced. Some 19 products have passed (or are deemed to have passed) the Consistency Evaluation.
- Commanding a total investment of RMB3 billion and occupying an area of 520 mu, CT Tianqing's new drug R&D and production base opened, significantly boosting the Group's integrated strength in the biopharmaceutical area.
- Sino Biopharm ranked 42nd in U.S. magazine Pharm Exec's "Top 50 Companies 2019", as one of the only two Chinese companies on the list.
- Sino Biopharm garnered several awards at "The All-Asia-Executive Team 2019" held by Institutional Investor, and ranked 3rd among the "Honored Companies".
- Sino Biopharm was the only Chinese pharmaceutical company named among Forbes' "Asia 200 Best Over a Billion 2019".
- The quality control study "Shortening the Lyophilization Cycle of Product 'F'" presented by CT Tianqing, a subsidiary of the Company, won the International Quality Gold Award at the 44th International Convention on Quality Control Circles (ICQCC) held in Tokyo, Japan.
- At the "China ChemPharm Annual Summit 2019", Sino Biopharm's subsidiaries, namely CT Tianqing, Beijing Tide, NJCTT, Jiangsu CT Fenghai and CP Qingdao, were included in the Top 100 List of "Outstanding Enterprises and Outstanding Product Brands in China's Chemical Pharmaceutical Industry 2019". CT Tianqing again led the "Ranking of Top 100 R&D Capabilities of Chinese Chemicals Enterprises in 2019" and ranked 2nd in the "2019 Top 100 Enterprises in the PRC Pharmaceutical Industry - Comprehensive R&D Strength".
- CT Tianqing ranked 16th and Beijing Tide ranked 41st in the list of the "2018 Top 100 Pharmaceutical Companies in China" released at the "2019 (36th session) National Pharmaceutical Industry Annual Information Conference".
- Sino Biopharm ranked 1st among the "Top 20 Most Competitive Listed Chinese Pharmaceutical Companies" released at the "2019 China Healthcare Summit of Entrepreneurs, Scientists and Investors", and at the same time also ranked 2nd in the first-tier category of "Top 100 Innovative Pharmaceutical Enterprises in China".
- Eight new drug studies conducted by CT Tianqing were recognised as "National Major Innovative Drug Projects". The number of drug studies approved was among the highest in the country.
- Chia Tai Tianqing Akeso (Shanghai) Biomedical Technology Company Limited, a joint-venture company invested jointly by CT Tianqing and Akeso Biopharma, was officially set up in Shanghai. The joint venture is engaged in the development of the differentiated tumor immunotherapy PD-1 antibody drugs.

Business Highlights
During the year, the Group has re-located more resources in strengthening R&D and focused its academic promotion on oncology drugs and other new products with less competition. Two new indications of Anlotinib capsules have been approved and subsequently achieved great sales success. Other oncology drugs including Yinishu, Yigu, Shoufu, Qianping, Saiweijian and a recently approved product, Yijiu, analgesic medicines including Flurbiprofen cataplasm, cardio-cerebral medicines including Kaina and Xijia, digestive system medicines including Aisuping, Getai and Deyou and anti-infectious medicines including Tianjie and Tianli all enjoyed rapid growth. Markets for infusion solution products including Fenghaina, Qingkeping and the newly-launched contrast agent product Qingliming also expanded, leading to fast growth in sales.

During the year, the Group achieved an outstanding research and development ("R&D") performance and the Group obtained 28 production approvals and had 19 products passed Consistency Evaluation. Also, 23 products obtained clinical approval. The Group has made 25 new production applications and filed 19 new clinical trial applications. In addition, some 26 new applications for Consistency Evaluation have been accepted. The Group has obtained 83 invention patent approvals and filed 341 applications for invention patents. In addition, Tenofovir Disoproxil Fumarate tablet (Qingzhong) has obtained Marketing Authorization (MA) from the EU, marking a milestone for the Group to officially enter into the international mainstream market.

During the year, the sales performance of the Group's major medicine categories are outlined below:

The Group also emphasizes on the protection of intellectual property rights. It encourages its subsidiaries to apply for patent applications as a means to enhance the Group's core competitiveness. During the fourth quarter, the Group has received 23 authorized patent notices (all were invention patents) and filed 83 new patent applications (77 invention patents, 1 utility model patents and 5 apparel design patents). Cumulatively, the Group has obtained 766 invention patent approvals, 23 utility model patents and 90 apparel design patents.

Prospects
Looking ahead to 2020, the implementation of measures including the launch of and adjustments to the New National Medical Reimbursement Drug List, realization of payment categorized under DRG, the Key Monitoring Drug List and performance evaluation of hospitals will speed up the adjustments to the products and overall industry landscapes, hence the turning point of the survival of the fittest gradually emerged in the industry. The implementation of new measures encouraging innovation will accelerate the approval and launch of innovative products. Leading local enterprises in the country will be confronted with more intense competition from multinational companies in terms of innovative products. Those companies like Sino Biopharm, which have strong innovative and R&D capabilities and continuously launch new products in the market, highlight their advantages. In addition to marketing more new products and consolidating its dominant position in the hepatitis and oncology small molecular drug sectors, the Group also places high value on the increasingly important treatment and market value of biopharmaceutical medicines and thus has adopted a comprehensive roadmap covering different facets from R&D to the production.

Also, in order to cope with the spread of the novel coronavirus around the world, the Group has maintained ample liquidity. As of 31 December 2019, its cash and bank balances amounted to approximately RMB11.91 billion, which is sufficient for withstanding any shocks that may result from abrupt changes in the economic and industry environments. Facing the fierce outbreak, the Group promptly made the decision in late January 2020 to issue zero coupon convertible bonds with a principal amount of EURO750 million. This move consequently generated more abundant funds for the Group. The Group will make good use of its capital and competitive advantages, to actively seek for high-quality acquisitions, investments and cooperation projects, to expand its core pharmaceutical business, as well as to comprehensively promote its greater healthcare development strategy, so as to lay the foundation for the Group's rapid development in the next decade.

Stepping into 2020, 5G network and devices have become more popular in Mainland China. As such, the Group will continue to step up its investment in big data, digitalization and artificial intelligence, as well as increase the use of related advanced technologies. These strategies will allow Group not only to further enhance its efficiency in management, R&D, production and sales, but also create greater value for the industry and patients and promote the development of "patient-oriented" pharmaceutical services, pharmaceutical care services and chronic disease management systems, providing full course disease management solutions from which patients can benefit.

Gadoxetic Acid Disodium Injection (Xian'ai): This liver-specific magnetic resonance contrast agent is the first generic drug of its type in China. The product is able to increase the detection rate of small liver tumors, facilitating early diagnosis and treatment of liver lesions. It is also expected to replace invasive examinations and has piqued the widespread interest of the industry.

Iodixanol Injection: Iodixanol is the only X-ray diagnostic contrast agent that is isotonic with blood. It is recognized and recommended by numerous domestic and international clinical guidelines and expert consensus for enhancing the lesion detection rate and functioning as diagnostic identification in the examinations of organ disease in the nervous and cardiovascular systems, chest, abdomen, pelvis, etc. As the third generic drug of its type in China, this product is expected to complement Xian'ai in the area of marketing.

Rivaroxaban Tablet: Rivaroxaban is an important product for preventing vein thrombosis after orthopedic operations. The Group has succeeded in producing and launching the first generic drug for this medicine.

Apixaban Tablet: Apixaban is applicable to adult patients who have undergone hip joint or knee joint elective replacement to prevent venous thromboembolism. Apixaban has a wider therapeutic window and broader market prospects. Apixaban tablets has been included in the New National Medical Reimbursement Drug List and is expected to become the major new product in the portfolio of the Group.

Fosaprepitant Dimeglumine for Injection: This neurokinin-1 (NK-1) antiemetic drug is recommended in numerous domestic and overseas guidelines. The Group is one of the first batch of domestic enterprises successfully producing a generic drug of this kind. This product can perfectly complement the Group's oncology medicine product line, which has already enjoyed the advantage, and is expected to become a heavyweight product in its oncology product line.

Caspofungin Acetate for Injection: This first new echinocandin antifungal drug has broad-spectrum antifungal activity. It has become the market's star product among the antifungal drugs for systemic use.

Tofacitinib Citrate Tablet (Tai'yan): This oral small molecule inhibitor of JAK1/JAK3. Tofacitinib has promising efficacy for treating rheumatoid arthritis, ulcerative colitis, active psoriatic arthritis, moderate-to-severe active ulcerative colitis. The Group is the first in the country to produce generic drugs of this kind. The Group has also obtained approval for Celecoxib Capsule, a classic osteoarthritis medicine with wide indications and a mature market. With the approval of Taiyan, the value of the osteoarthritis drug product lines has also surged substantially.

About Sino Biopharmaceutical Limited (HKEX:1177)
Sino Biopharm Limited is a leading, innovative research and development driven pharmaceutical conglomerate in the PRC. Its business encompasses a fully-integrated chain which spans from R&D to the manufacture and sales of pharmaceutical products. The Group's products have gained a competitive foothold across various therapeutic categories with promising potential, covering a vast array of biopharmaceutical and chemical medicines for treating tumors, liver diseases, respiratory system diseases, cardio-cerebral diseases and orthopedic diseases. 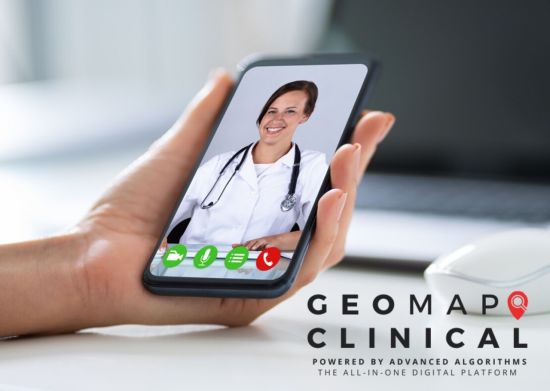