HONG KONG, Aug 28, 2020 - (ACN Newswire) -  Sino Biopharmaceutical Limited ("Sino Biopharm" or the "Company", together with its subsidiaries, the "Group") (HKEX:1177), a leading, innovative research and development ("R&D") driven pharmaceutical conglomerate in the PRC, has announced its unaudited interim results for the six months ended 30 June 2020 (the "review period").

Results Highlights
- Sino Biopharm ranked 133rd among the Top 500 Chinese Listed Companies in terms of market capitalization in 2020 published by 21 Data News Laboratory in March, up 87 positions when compared to last year.
- According to the index review results announced by the Hang Seng Indexes Company Limited in March, the weighting of Sino Biopharm in the Hang Seng Index increased from 0.88 to 0.96, while the weighting of Sino Biopharm in Hang Seng China Enterprises Index rose from 1.41 to 1.51. The changes took effect after the market close on 6 March.
- On 23 March, the Hang Seng Indexes Company Limited announced the launch of the Hang Seng Stock Connect Biotech 50 Index. Sino Biopharm has been included in the index and was ranked second among the top 10 weighted constituents on that day. The index reflects the overall performance of the 50 largest biotech companies in terms of market capitalization that are listed in Hong Kong or Mainland China and are eligible for trading through the Stock Connect Scheme.
- In May 2020, the China Healthcare Consulting and CITIC Securities jointly issued the "2019 China Healthcare Industry Investment and Financing Honor List". Sino Biopharm was named as one of Top 10 Best Listed Biopharm Companies in 2019.
- On 8 June, Sino Biopharm was included among the Hang Seng China (Hong Kong-listed) 25 Index, becoming the only pharmaceutical stock selected by the Index.
- On 12 June, PharmExec, a pharmaceutical magazine in the US, announced a compilation of the top 50 global biopharm players in 2020. The Group again made the list this year, ranking 42nd with a revenue of US$3.373 billion.
- The Group's Budesonide Suspension for Inhalation (brand name: Tianqingsuchang) has obtained approval and has become the first nebulized budesonide generic drug in China. This product is an inhaled glucocorticoid with strong focal anti-inflammatory effect, given through a nebulizer. It can fight inflammation through various ways, not only countering inflammatory cells, but also suppressing glandular secretion, thus reducing exudation from inflammation and sputum, and boasts excellent clinical efficacy for asthma and chronic respiratory patients. It also has a higher technological entry barrier, which requires huge investments in R&D, testing and equipment. Previously, the market only had the branded product of AstraZeneca. In 2019, a sales amount of approximately RMB6 billion was recorded at the specimen hospitals. With high R&D standards, the quality of Tianqingsuchang is as good as the branded product but with differentiation in areas of safety, speed, efficacy, effective duration, etc. The launch of Tianqingsuchang marks a breakthrough for domestic medicine in a product category with a high entry barrier, and offers a new choice to ease the financial burden of local patients.
- Nanjing Chia Tai Tianqing has been included in the Top 100 Innovative Patents of Nanjing Companies published by the Nanjing Municipal Intellectual Property Administration. CT Qingjiang has been named as a National IP Exemplary Enterprise by the National Intellectual Property Administration, PRC.

Business Highlights
During the review period, the implementation of the prices in the National Reimbursement Drug List after negotiation and the centralized drug procurement policy had a bigger influence on the Group's revenue and profit. The rapid growth of new products became the main drivers: Qingkeshu (Abiraterone Acetate Tablet), Anxian (Lenalidomide Capsules), Tianqingsuchang (Budesonide Suspension for Inhalation), Leweixin (Bendamustine Hydrochloride for Injection), Tianming (Caspofungin Acetate for Injection), Weishou (Azacitidine for Injection), Shanqi (Fosaprepitant Dimeglumine for Injection) and Qingliming (Iodixanol Injection). All of these new products have quickly grown into new business drivers, reflecting the value created by the Group's high R&D investments over the years, and the outstanding abilities of its marketing teams developing new products in different sectors.

The Group capitalized on the success of Anlotinib, a blockbuster innovative oncology medicine, and concentrated its human and financial resources on the oncology sector through creating effective synergies. Apart from the oncology drugs mentioned above, other drugs including Yinishu (Dasatinib Tablets), Qianping (Bortezomib for Injection) and Yijiu (Bortezomib for Injections) also delivered substantial growth. Contributions from the oncology medicines sector to the Group's growth already exceeded that from hepatitis medicines and cardio-cerebral medicines sectors which were previously key revenue contributors of the Group.

Benefitting from the Group's deployment in chronic disease management over the years, respiratory system medicine Tianqingsule (Tiotropium Bromide Powder for Inhalation) showed healthy growth. The brilliant performance of Tianqingsuchang (Budesonide Suspension for Inhalation) after its launch also demonstrated the Group's expertise and competitive strength in respiratory medicines sector. Several subsequent respiratory products of the Group are also in the final stage of clinical trial.

As a result of the increasing use of anti-infectious respiratory medicines during the COVID-19 pandemic and the Group's stronger promotion of its anti-infectious products, antibiotics products including Tianjie (Tigecycline for Injection), Tianli (Linezolid and Glucose Injection) and Fengruineng (Moxifloxacin Hydrochloride and Sodium Chloride Injection) achieved satisfactory growth. During the pandemic, the Group quickly engaged in different modes of effective communications and consultations with doctors and patients and provided information services via various network technology platforms, which brought about positive impact on its sales.

During the review period, the sales performance of the Group's major medicine types are as below:

- The sales of oncology medicines amounted to approximately RMB4,018 million, representing approximately 31.8% of the Group's revenue.

- The sales of hepatitis medicines amounted to approximately RMB2,249 million, representing approximately 17.8% of the Group's revenue.

- The sales of orthopedic medicines amounted to approximately RMB1,018 million, representing approximately 8.0% of the Group's revenue.

- The sales of anti-infectious medicines amounted to approximately RMB753 million, representing approximately 6.0% of the Group's revenue.

Prospects
The main purpose of the government's efforts to deepen medical insurance reform is to maintain fundamental benefits and expand coverage. Going forward, adjustments to the categories and prices in the NRDL and Essential Drug List are expected to cover drugs in all categories, and reducing the price of medicines through centralized drug procurement will become a normal practice. The launch of the total amount control payment policy such as payment categorized under Diagnosis-Related Groups and the medical representative registration system will further increase the difficulty of marketing in the pharmaceutical industry. The Consistency Evaluation of injections will accelerate the elimination of uncompetitive generic drugs manufacturers and drive the transformation of generic drug manufacturers boasting R&D capability to develop new medicines. The new drug evaluation and approval mechanism encourages innovation and speeds up the introduction of new medicines. Enterprises with strong innovation and R&D capabilities and diversified market operation models will be able to enjoy greater advantages.

Observing the government's active promotion of the "Internet + healthcare" policy, the trial launch of initial medical consultation via the Internet in some of the provinces and cities and medical insurance payment relating to Internet healthcare, the Group will pay close attention to the impact of these initiatives on the medical model and modes of marketing in the pharmaceutical industry, as well as explore related opportunities. 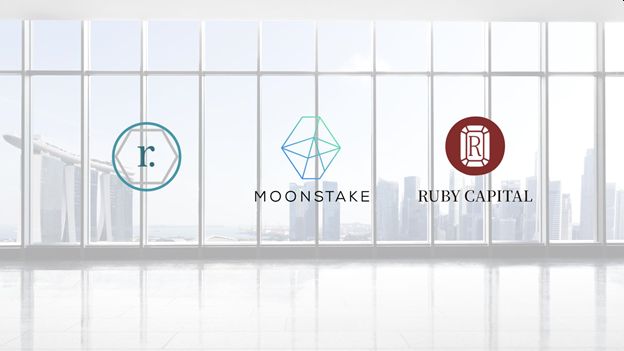 SINGAPORE, Aug 28, 2020 - (ACN Newswire) -  Moonstake announced a partnership with Ruby Capital and RAMP DEFI to take the next step for DeFi integration and expansion of the DeFi ecosystem.Moonstake