LONDON, Apr 29, 2020 - (ACN Newswire) -  As blockchain technology is taking the market by storm and creating exponential growth, Africa would not be exempted. Delivering blockchain-as-a-service (BaaS) and AI enabled SaaS designed to increase the efficiency of marine services and land department real estate services for government agencies, blockchain startup Domineum.io and its founder, serial entrepreneur Geoffrey Weli Wosu, managed to create more than US$5 million for several African governments during the final 11 months of fiscal 2019.

What makes blockchain technology so powerful? Blockchain's data structure, immutability and tamper detection, data protection, distributed ledger technology, relative user anonymity, the promise of ever-increasing IT spend, to name a few. Blockchain technology is already changing the way many segments operate, while its technology market is expected to grow from US$1.2B in 2018 to US$23.3B by 2023, an annual growth rate of 80.2%.

Ken Griffin, Citadel founder and philanthropist, says, "Blockchain's a very interesting technology that will have very profound applications for society over the years to come." Vitalik Buterin, co-founder of Ethereum, says, "Whereas most technologies tend to automate workers on the periphery doing menial tasks, blockchains automate away the center. Instead of putting the taxi driver out of a job, blockchain puts Uber out of a job and lets the taxi drivers work with the customer directly."

Blockchain technology allows users to participate in peer-to-peer transactions without involving central mediators, Financial Services and Insurance (BFSI) logically emerged as an early adopter. But many believe the true value of this revolutionary technology will be best felt across the developing world. From elections to international remittances, energy services to alternatives to banking, many issues could potentially be solved by a few principles inherent to blockchain: transparency and decentralization.

As a distributed ledger, or blockchain, technology company, Domineum Blockchain Solutions was established to assist Governments and Companies integrate Blockchain into their operations. Headquartered at Level39, London, with an R&D unit in San Francisco, a technology resource centre in Tallinn, and a current operational base in Nigeria and Sierra Leone, Domineum aims to disrupt several sectors in the emerging markets and leapfrog the current infrastructure with blockchain technology.

Domineum.io has quickly become a major developer of AI-enabled Blockchain Solutions for government agencies, financial institutions, and real estate and marine authorities interested in achieving the agility and capability needed to compete in current and future markets. In 2019, Weli Wosu and Domineum signed strategic Government alliances with Sierra Leone and Nigeria's Abia State, producing revenues of more than $5 million within the fiscal year for the Government agencies.

No stranger to the markets, Geoffrey co-founded Voguepay.com, a payment processing platform established in 2012 with over 100,000 global merchants today; and invested (Level39) in Analytics Intelligence, an artificial intelligence (AI) technology start-up that provides solutions for data collection and analysis to a wide variety of customers in Europe, America and Africa.

Geoffrey studied Business (2006) and Law (2009) at the University of Bolton in the UK, he's an Associate Member of the British Computer Society (AMBCS), Member of Level39, and author of "E-Government Solutions for the Developing World", "How to Simplify the Work of Governments in Developing Countries", and "Combining Blockchain and AI to Grow the Global Digital Economy" (ref: academia.edu).

For more information on the project pipeline, or to enter the discussion, please visit: 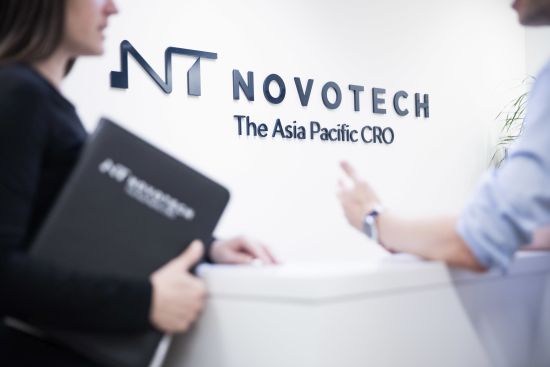