HONG KONG, Dec 16, 2021 - (ACN Newswire) -  An established mobile game developer and publisher in China, Qingci Games Inc. ("Qingci Games" or the "Company", together with its subsidiaries, the "Group", stock code: 6633.HK), today listing on the Main Board of The Stock Exchange of Hong Kong Limited (the "Hong Kong Stock Exchange").

The Management of Qingci Games Strike the Gong in Listing Ceremony Marking the Formal Lisiting of Qingci Games on the Main Board of the Hong Kong Stock Exchange. On the left is Mr. Liu Siming, Executive Director and Chief Financial Officer, and on the right is Mr. Huang Zhiqiang, Executive Director and Chief Executive Officer
Qingci Games offered a total of 85,000,000 shares (subject to the over-allotment option) in the global offering. The offer price has been determined at HK$11.20 per offer share. The net proceeds received are estimated at approximately HK$863.1 million from the global offering, after deduction of underwriting fees, commissions and estimated expenses payable by the Company in connection with the global offering and assuming the over-allotment option is not exercised.

Being highly recognized by the capital market during the offering period, the Group has six cornerstone investors. Among them, Qookka Entertainment Limited (ultimately owned by Alibaba Group Holding Limited) and Boyu Capital Group Holdings Ltd. (managed by Boyu Capital Investment Management Co., Limited) are the current shareholders of the Group. They will subscribe for US$10,000,000 and US$15,000,000, respectively. All the above reflects the Group's operation capability, advantages and high recogniztion by the market for its outstanding performance.

The Executive Director and Chief Executive Officer of Qingci Games Inc. Mr. Huang Zhiqiang said, "Since the establishment of Qingci Games, we have always been committed to creating distinctive content and games, focusing on bringing distinctive experience with features of "QingCi" brand. Being listed in Hong Kong is an important milestone for "QingCi" brand. In the future, we look forward to taking the listing as an opportunity to enrich our high-quality game portfolio and content offerings. Mealwhile, we will continue to strengthen our game development and operation capabilities to enhance profitability and strengthen the Group's game publishing and operation capabilities in China's mobile game market and the market recognition of its "QingCi" brand and IPs. We are also committed to continually creating greater value for shareholders and investors. We will continue to stay true to our initial asporation, so that game players around the world can experience the uniqueness of Qingci Games.

About Qingci Games Inc.
Qingci Game is an established mobile game developer and publisher in China, offering mobile games that are designed to provide captivating content as well as distinctive and engaging gameplay experiences to players in mainland China and overseas. As a leader in casual games, especially idle games, and Rogue-like RPGs in China, Qingci Games has developed, published and operated a number of popular games. Its landmark mobile games, such as The Marvelous Snail have recorded significant gross billings and achieved high rankings on the game lists widely recognized in our industry. 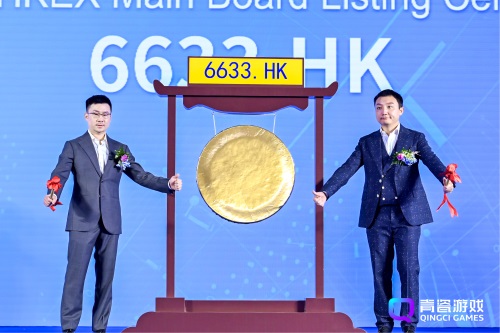