JAKARTA, Feb 24, 2022 - (ACN Newswire) -  The President Joko Widodo harbors many hopes and desires for Indonesia's State-Owned Enterprises (SOEs) and strives to help them succeed not only at the national level, but also at an international level. The President believes in a vast potential of these companies to dominate the essential sectors at an early stage, moving on to a global level as they mature.

SOEs Minister Erick Thohir (ANTARA/HO-KBUMN)
Yet SOEs require professional management and a helping hand to assist them on their way. However great, any company that falls into the hands of mis-management will experience under development and and ultimate demise. To survive this fourth industrial revolution, companies need to elevate human resources and ecosystems to the highest standards. In theory, transformation coupled with technological adaptation will follow.

Indonesian SOEs Minister Erick Thohir speaks of his three dreams for SOEs, the first being larger SOE contributions to the nation. "If it is not my wishful thinking, it is how to enable SOEs to make a bigger contribution to the country. That is number one," Thohir said on his Instagram account @erickthohir on Feb 20.

The second dream involves the number of State-Owned Enterprises becoming less, but therefore larger in terms of the average footprint. The third dream pertains to rationalizing and optimizing the role of SOE services in the community. Each of these three dreams have Key Performance Indicators or KPIs.

SOEs have been undergoing a massive and ongoing transformation. It has borne fruit; for the first half of 2021, SOEs reported an income of Rp96 trillion, and net profit of Rp26 trillion. Reflecting on an improved state of affairs, Erick suggested that the restructuring program among State-Owned Enterprises had been going well.

It turns out that SOEs behaved more efficiently as they realized greater profits, bringing the total number of SOEs from 108 to 41, and SOE sectors from 27 to 12, comprised of mineral and coal, forestry and plantations, foods, healthcare, finance and insurance, telecommunication, infrastructure and logistics, and several others.

Thohir's ministry was successful in reducing the niumbers of SOE companies, and SOE sectors, which he had deemed too great, focusing instead on specific SOEs or segments to incorporate his tranformative notions. Among the groups undergoing transformation, the State-Owned Banks showed some tangible results.

Syahrul Ramadhan, Coordinator of Millennial Indonesia's MSME and Business Sector, lauded Erick's initiatives, encouraging the banks to such lofty achievements. Under Thohir's command, for example, less-experienced directors had been replaced with seasoned professionals, the means to generate more profits for the state.

Moreover, a business sector mapping was undertaken since the SOEs had so many businesses; some SOEs weren't even sure what their focus sector was. Deputy Head of Commission VI, House of Representatives, Martin Manurung seconded a motion recognizing the adjustments of State-Owned Enterprises as ongoing.

Although there are issues here and there, overall, it is doing well. Indeed troubles from the past still linger, though the Commission VI and the government are both committed to the betterment of the situation, as was apparent from their meetings.

Manurung affirmed that President Joko Widodo (Jokowi) hopes that a future will materialize through Revisions of the SOEs Laws, which are currently being prepared by his administration. Manurung concluded by commending Jokowi's promotion of government investment.

Essentially, the commission and the ministry are on the same boat for most aspects in the quest to improve SOEs. These include restructuring, holdings, clusters, and investments, among others. The commission also agrees to some suggestions made by SOEs that received Government Capital for company acts.

In some instances, the discussions of Government Capital cannot be avoided. It should be ensured that capital is used for boosting the SOEs productivity, thereby offering significant contributions to the state in the form of dividend, tax, and more.

President Jokowi drew attention to several SOEs that had received excess government capital as a means of protecting continuation, despite making no meaningful contribution to the state, and it has often been stressed that capital should not be used as a way to cover losses caused by faulty management, he insisted.

The president gave stern warning that no such cases should recur. In fact, he also suggested that the dying companies be closed right away in lieu of having government capital being handed over to them. The president has sought for such action not out of malice or cynicism but rather based on the spirit to see the companies achieve success together, an expectation which hopefully does not end in dreams. 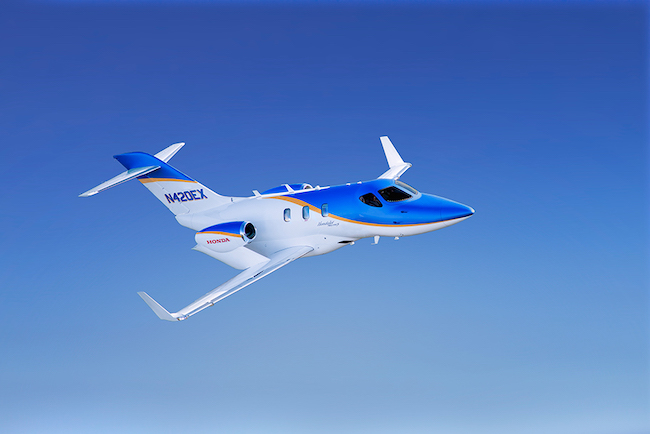 GREENSBORO, N.C., Feb 24, 2022 - (JCN Newswire) -  Honda Aircraft Company announced today that in 2021, the HondaJet was the most delivered aircraft in its class for the fifth consecutive year,