LAS VEGAS, NV, Jul 31, 2020 - (ACN Newswire) -  In the deposition of OSHA expert Kurt Stranne, a professional engineer, an OSHA safety instructor, a former USAF Flight chief, a former Boeing Flight test engineering analyst, and a Certified Safety Professional, the Washington Companies attorney line of questioning sought clarification from Mr. Stranne, in his opinion, who was at fault in an ongoing Federal lawsuit in the United States Federal Court of the Western District of Washington at Tacoma.

The scene that Mr. Stranne outlined was had the ETON driver been sent to a hospital with injuries as a result of the bridge strike, the accident would have been deemed a workplace injury. The injures and the hospitalization of the driver would have triggered a State of Washington OSHA investigation into what caused the accident that put the driver in the hospital. Mr. Stranne, as the OSHA expert, explained that in his opinion the Washington Companies would have been cited as the "causing party" of the accidental bridge strike.

Modern Machinery a part of a large consortium of privately held companies collectively known as the Washington Companies, owned by billionaire Dennis R. Washington. Modern Machinery sells and rents high quality heavy equipment and provides product support to the construction, mining, and forestry industries. The Modern Machinery terminal in Rochester, WA is a home to a large staging area for a variety of Komatsu product brought from overseas awaiting shipment to other Komatsu dealers. 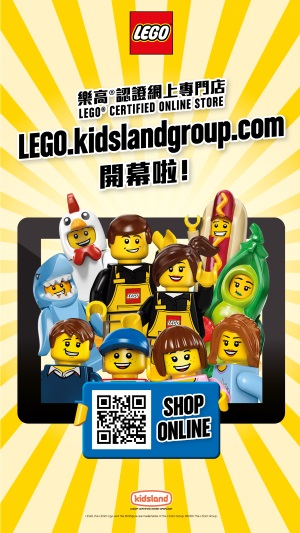 HONG KONG, Jul 31, 2020 - (ACN Newswire) -  Kidsland International Holdings Limited ("Kidsland" or "the Group"; stock code: 2122), the largest toy retailer in China, is pleased to announce that it will