During the Review Year, the Group recorded satisfactory results, with revenue increased significantly by 143.3% year-on-year to HK$668.1 million. Gross profit also climbed, rising by 89.5% to HK$262.3 million, with gross profit margin at approximately 39.3%. Benefiting from profit contributions from Houhai Culture and revenue growth from the production and distribution of the films "L Storm" and "The Invincible Dragon", loss attributable to owners of the Company for the Review Year reduced significantly by 81.3% from approximately HK$189.9 million in 2018 to approximately HK$35.5 million. The Group's financial position remained solid as at 30 June 2019, with the Group's bank balances and cash amounting to approximately HK$122.0 million.

Business Review
Film and TV Series Production and Distribution
During the Review Year, the film and TV series production and distribution business remained the core business of the Group with revenue of approximately HK$415.2 million reported, representing a significant increase of approximately 900.6% as compared with the last year. During the Review Year, the Group released three films, namely "L Storm", "The Invincible Dragon" and "Lucid Dreams", while two films were also released last year, namely "Love Forever" and "Tomorrow Is Another Day", in addition to a sharing of worldwide box office receipts of "S Storm". In August 2018, the Group completed the acquisition of Houhai Culture and consolidated its accounts for the first time. On top of the revenue generated from the broadcast of its variety show "Give Me Five Season II" and the copyright and adaptation of manga "Hikaru no Go" during the Review Year, revenue from the broadcast of the internet drama "Romance of the Youth" was also recorded, thus delivering notable contributions to the Group's results. As for the romantic detective reality show developed and produced by the Group, namely "I Love You, Me Too", has also been broadcasted on the online video platform iQIYI and continued to attract widespread attention and discussion from netizens.

Film Exhibition
Film exhibition was another key revenue driver for the Group. During the Review Year, the Group operated five cinemas that are strategically located across Hong Kong, including Mong Kok, Chai Wan, Causeway Bay and Tsuen Wan. Benefiting from the full operation of the five cinemas, revenue from the film exhibition segment steadily increased, rising by approximately 8.8% to approximately HK$243.6 million as compared with last year.

During the Review Year, the Group completed the disposal of a cinema located at "Vivo City", Shanghai, Mainland China and recorded net proceeds of HK$21.7 million from the disposal, which will be used to further invest in other business segments as part of the resource reallocation of the Group.

In addition, in order to achieve long-term sustainable development, the Group has formed cooperative relations with various artists, internet celebrities, agencies, renowned scriptwriters and popular directors to make in-depth development in the film and television industry during the Review Year. The Group has also nurtured new celebrities and developed the Multi-Channel Network (MCN) business with vast resources related to films and televisions on different broadcast platforms and websites and expanded its revenue base through the building of a self-developed consumer brand. These moves will facilitate the Group's implementation of its brand diversification development strategy and strengthen its content creation capability and ultimately raise its brand awareness in the industry.

On 10 September 2019, the Group announced that it will acquire 60% equity interest of Wenlan (Shanghai) Cultural Communication Co., Ltd. ("Wenlan Cultural") for an aggregate consideration of RMB96,000,000. Wenlan Cultural is a professional team principally engaged in the planning of culture and entertainment, the performance agent and the training for music bands businesses. Ms. Yang Chaoyue is the key member of the music band group under its management named, CH2 Girls Group. Ms. Yang debuted as a member of Rocket Girls 101 after attending Tencent's girl group talent show Produce 101 and was named by Artiste of the Year 2018.The management of the Group believes that the acquisition will enable the Group to extend its footprint to China's booming popular idol group industry and to obtain the commercial performances license held by Wenlan Cultural, at the same time greatly enhancing the Group's business value and brand influence.

Prospects
Looking ahead, the Group will focus on realizing its brand diversification development strategy and actively build and promote its self-owned consumer brand to broaden its revenue base through the celebrity market and further expand its presence in the pan-entertainment sector. Meanwhile, more celebrities will be invited to join the Group and the new business is expected to generate sustainable synergies with the Group's existing film, television and variety show resources, thereby creating tremendous room for the Group's development in the pan-entertainment consumption sector.

In addition, the Group is committed to enhancing its content creation capability and producing quality programs for audiences. With regard to film and TV series production and distribution, a number of copyright projects are in the pre-production stage, including "Redemption on the Blade", "Mrs. Hu Zhu", "Be An Influencer" and "Jia Fang Yi Fang Zhi Wei Qing Shi". Moreover, the Group has reached agreements with certain owners of popular copyrights and will develop and produce a number of series, including "Locard's Theory", "Love Destiny", "Imperial Harem", "Next To The Last Girlfriend", "Romance in the City", "Turn Red into Green", "The Flower Throne" and "Her Warfare". As for variety shows, the romantic detective reality show developed and produced by the Group, namely "I Love You, Me Too", completed airing on 26 June 2019, and in view of the outstanding performance and popularity of the show's first season, the Group is considering to produce a second season in order to create a self-developed, multi-season variety show brand. Besides, the Group will launch the third season of "Give Me Five", a follow-up to the previous two seasons. "National Game Carnivals", a new gaming variety show, is also under development.

Ms. Zhao Wenzhu, President and Executive Director of Transmit Entertainment, said, "We are pleased to see the Group continue performing satisfactorily. We will further explore development opportunities in the film, television and media industry, while leveraging our outstanding film production capabilities for support. In particular, we will seek opportunities for cooperation in the upstream and downstream segments of the industry chain, with the aim to strengthen the Group's revenue base. Going forward, we will leverage partnerships forged with famous artistes and their agencies to develop a self-owned brand, gradually expand the scale of film and television intellectual property derived products and the e-commerce business so as to diversify our business, enhance profitability and generate satisfactory returns for shareholders."

For identification purpose only

About Transmit Entertainment Limited (stock code: 1326)
Transmit Entertainment Limited is a fully-integrated media and entertainment company and also a unicorn media group that can empower the consumer industry. It principally engages in diversified culture-related businesses including (i) film and TV series production and distribution; (ii) film exhibition; (iii) other businesses (including screenwriting and film direction, internet celebrities and artiste agency, and pan-entertainment businesses along the value chain). The Group produces Chinese films, variety shows and TV series in both Mainland China and Hong Kong, as well as engages in other pan-entertainment businesses. Houhai Culture (a wholly-owned subsidiary of the Group newly acquired in August 2018) has a professional film and television production team which mainly focuses on variety shows and TV series. It specializes in content production, scriptwriting, shooting, post-production, distribution and marketing. It also owns a substantial amount of copyrights of various TV series and has been closely cooperating with tier-one broadcast networks and tier-one online streaming platforms.

Striving to expand the pan-entertainment business, the Group has entered into formal contracts with various artiste agencies and managers, to add to its talent pool and enhance its competitive edge and reputation in the film and television industry across the Greater China region in January 2019. Meanwhile, the Group has also duly entered into contracts with a renowned scriptwriter Li Xiaoming and new popular film director Wu Qiang in June the same year to further improve the strength in content creation of the Group to build a comprehensive film and television entertainment and culture empire. 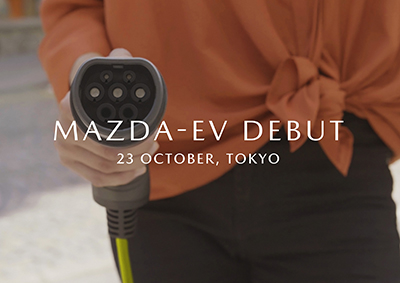