HONG KONG, Jun 2, 2021 - (ACN Newswire) -  Written by Francis Lun, CEO of GEO Securities Limited. We all want to find the next 10x stock, but we know it will not be easy. One of the easier ways would be to take reference of comparable stocks. Look for one among US stocks and see if it has a Chinese counterpart. Today, the "twin brothers" we want to look at are Yeahka and Square.  In 2020, Square's price rose near eight folds in less than a year. Will Yeahka be able to replicate Square's "eight folds a year" miracle in the Chinese stock market? For more details: please go to https://www.acnnewswire.com/pdf/files/210602.pdf

Square is a mobile payment company in United States.

In February 2009, Jim McKelvey, one of the founders of Square, sold his glass handicrafts in San Francisco. However, as most Americans have no savings and use credit card for daily spending, Jim McKelvey lost quite a few customers because he was not able to accept credit card payments.

That was why Jim McKelvey founded Square - to provide credit card payment collection service to small merchants like him. Supported by any 3G or Wifi network, users (consumers or merchants) could use Square's mobile card reader with their smartphones via the Square App to make purchases with their credit cards. Consumers and merchants can make or receive payments anywhere and with corresponding information kept. The technical barriers and hardware requirements of credit card consumption and payment were thus markedly lowered.

In 2020, with cash flooding the market, Square caught eyes among investors and in less than a year, its share price surged near eight folds. Against the 2016 low, its share price had risen the most by over 30 folds. (Graph1)

Back tracking Square's bullish history, its share price went through two rounds of strong growth - more than 11 times between February 2016 and September 2018 and close to eight times between March 2020 and February 2021.

In that first round, the main reason was Square indeed helped a large number of small merchants solve payment problems they faced hence got notice quickly, and the total transaction payment volume of its payment business continued to grow. Came November 2017, Square opened its C-terminal application Cash App to Bitcoin trading, which sparked market speculation, sending its share price to record high. The sharp increase in its share price since last year has been mainly the result of the Bitcoin boom and the soaring monthly active Cash App users. In 2020, its Bitcoin trading related revenue shot up by 785% year-on-year, accounting for 48% of its total revenue, which is proof of market recognition of Square's C-terminal business.

Knowing the reasons behind Square's magnificent growth, can one like it be found in China? After careful studies, a match was found among listed companies in Hong Kong -Yeahka, currently in a state rather similar to Square in 2017.

1. Why Yeahka is described as the Chinese version of Square?

Both companies are payment-based technology platforms that secure customers by providing payment and commercial services to merchants and consumers, plus subsequent value-added services to earn higher profit.

For example, for Square, after launching the Square Card Reader and Square Stand, such products as Square Market, Square Order, Square Capital and Square Payroll were also launched to address needs of merchants, and companies such as Caviar and Weebly were then acquired by it expanding its business coverage to services including store management, meal ordering and delivery, loans and self-development of website.

As for Yeahka, since set up in 2011, it has gradually rolled out its integrated payment solution platform and technology-enabled business services. In 2020, it acquired the content performance marketing service provider Chuangxinzhong, which saw its service ecosystem that focuses on the needs of merchants gradually taking shape.

This shows that both companies rely on payment business for revenue and that business has become their largest profit contributor. Although value-added services business has improved to some extent, it still has a long way to go before becoming the companies' pillar business.

Technological empowerment sounds great and up there. But, simply put, payment companies in the past were only meeting the demand for payment collection of SMEs, and with payment data, other businesses, such as advertising and promotion, customer rallying, operation of private domain traffic and catering management, sprouted and the companies started to make profits.

For example, in the era of the Internet economy, traffic has shifted from offline to online, thus a company cannot just rely on the physical store to bring in customers. Small and micro merchants who use Square and Yeahka's payment collection systems are like going into a data space of a different dimension. Based on customer buying habits analysis, the platform can conduct targeted marketing and promotion and recommend stores more suitable to consumers, thus bring in more traffic for them.

At present, Square has acquired Evenly in the business of consumption data sharing and application, the food delivery service provider Caviar, the "Order in Advance" F&B delivery website, and the build your own online store service provider Weebly, etc. As for Yeahka, it has invested in or acquired companies including Zhibaiwei, Haoshengyi, Chuangxinzhong.

With their businesses becoming more and more diversified, payment business is no longer their sole growth driver. New business like technology-enabled business services have started showing potential in replacing payment business in driving growth of the companies. Revenue and gross profit of Square's new businesses accounted for only 13.3% of the total revenue of the company in 2017, and in 2020, Square's revenue from non-payment business accounted for 65.3% of the total and became the main source of revenue of the company. In those terms, there is a certain gap between Yeahka and Square, but Yeahka is growing fast. According to our estimate, the conversion rate of Yeahka's payment service customers to commercial services customers is about 18%, which is more than double the 7.35% in 2019.

2. Comparative analysis of financial data: Yeahka is not inferior

From R&D investment, Square's related expenses are significantly higher than that of Yeahka, so did the corresponding rate, in which Yeahka still has room for increase.

Yeahka's gross profit margin in 2019 was about 10 percentage point less than in 2017. On the decline in gross profit margin of its main business, Yeahka said the main reasons were the change in business model from direct marketing to cooperating with distribution channels, leading to a substantial increase in commission payment, plus the drop in service fees market trend commanded since September 2016.

From the ROE and ROA perspectives, the profitability of Yeahka is notably stronger than that of Square between 2020A and 2022E. (Graph7.1-7.2)

3. Opportunities for and Advantages of Yeahka

From the above analysis and comparison, one can draw the conclusion that: both Yeahka and Square are payment-based financial technology companies that connect merchants and individual consumers through payment. In other words, they serve the same communities. For example, for B-end merchants, both Square and Yeahka have launched a series of value-added services such as advertising placement, rallying customer traffic and micro-financing. From that perspective, it is not unfair to say Yeahka is the Chinese version of Square.

However, on the C-end, Square has paved its own path and launched the Cash App to provide individual consumers with a range of functions, including personal saving, money transfer and collection, and consumption and investment. The App is known as the US version of "Alipay". Then, it started pursuing Bitcoin trading service business, sending its C-end business into explosive growth, and all investors' eyes were drawn to the company. For Yeahka though, for it will grow into a global technology company like Square in the future, it has a major challenge to overcome, that is, whether it can find the way to break through into the C-end market.

We believe Yeahka not only can find a way to break through into C-end business, but also that the business will because a main growth driver of the company in the future. There are two reasons to that:

Firstly, Liu Yingqi, the founder of Yeahka, is the former general manager of Tencent Tenpay, thus knows with the rules of the game in the C-end market.

Secondly, in China, the QR code-based payment penetration rate is high, with the transaction volume is growing rapidly, and Yeahka is a leader in the QR code payment arena in the country. China has a population of more than 1.4 billion and development of the mobile Internet is more mature relative to the US. Besides, QR code-based payment has penetrated all industries and is highly acceptable to the people in China. Between 2017 and 2019, the QR code-based payment transaction volume in China had increased from RMB 0.9 trillion to RMB9.5 trillion, or at a CAGR of 224.9%, and the number is expected to climb further to RMB 33.4 trillion by 2023, representing a CAGR of 36.9% between 2019 and 2023. By drawing on its own advantages and using the consumption data of the individual consumer mass making QR code-based payments, Yeahka is able to develop a variety of value-added services, such as precision marketing services. Moreover, after Yeahka had gathered a large amount of personal consumption data, it could speed up launching its C-end applications.

In addition, with the SaaS industry in China growing at high speed, there is ample room for imagination about the future of Yeahka's B-end business.

According to Synergy statistics, the share of SaaS in the global software market had soared from less than 2% (in 2009) to 23% (in 2019). The size of the global SaaS market swelled by 25% in 2019 and is expected to maintain rapid growth at around 20% in the next few years.(Graph9)

In recent decades, Chinese companies have tried very hard to learn from their US counterparts on the technology and business fronts, so there are many companies in China and the US that are like twins, such as Tesla and NIO, Google and Baidu, Amazon and Alibaba... . These companies have not only achieved business success, but have also brought beyond expectation returns to investors from share price leaps.

In the payment technology field, the US has Square. After combing through information and comparing, we found it has a like in China - Yeahka. To be precise, the business model of Yeahka now is very similar to that of Square before the explosive growth of its Cash App business.

As for whether Yeahka can replicate Square's share price miracle, it depends on two things: first, whether Yeahka's technology-enabled business can maintain fast growth as the SaaS industry in China grows at yet higher speed, and secondly and more critical, whether Yeahka, like Square, can find a way to break through into the C-end market.

If Yeahka is able to do so in both, it is not impossible for it to replicate the Square miracle and see its share price soar eight folds in a year. 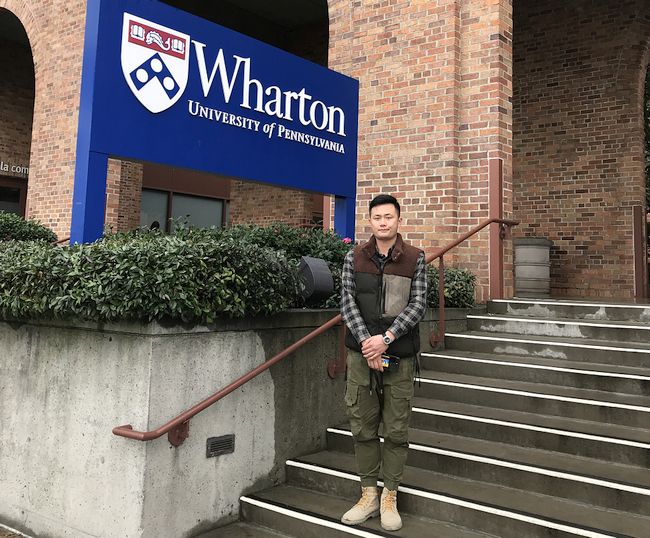