MANILA, May 29, 2021 - (ACN Newswire) -  Tension is mounting in the South China Sea with the Philippines refusing to withdraw vessels from Whitsun Reef. Two-hundred-and-twenty Chinese vessels congregated in early March at Union Banks and Whitsun Reef, the reason for the present standoff between China and the Philippines. The area involved in the present dispute is well within the 200-nautical mile exclusive economic zone (EEZ) of the Philippines. China wants to dominate the South China Sea because that would give Beijing a strategic advantage against Taiwan and Japan, before risking a conflict over the Senkaku. President Xi always goes for an easy target that he believes can be achieved with minimal risk and costs. Recent media reports suggest that China has warned the United States that it will face defeat if the two superpowers go to war. This warning is a testimony to what China thinks about its military might.

The threat to the US has come from China in response to the joint military exercise carried out by the US, Japan, Australia, and France recently amidst tension in the East China Sea. The involvement of the People's Armed Forces Maritime Militia (PAFMM) of China in such disputes along the maritime border of the Philippines, Vietnam, and Japan cannot be ruled out. This militia comprises mainly fishermen and coastal workers of China. In fact, due to the early gains by them, China built 'fishing shelters' to protect their fishermen in the Spratly Islands. Despite all these activities, the Chinese government headed by chairman Xi Jingping has denied any link between PAFMM and China's military. China claims that they are fishermen. This enables the PRC to deny any involvement of the Chinese government in these maritime disputes.

On being asked about the consequences of the present deadlock in the South China Sea where the Chinese Maritime Militia is not ready to leave Whitsun Reef, Prof Carl Schuster of the University of Southern California says that there is a dilemma for the Philippines in the present crisis as the Chinese Maritime Militia is not doing anything to disturb peace. The Philippines cannot believe China and its militia? The Chinese militia may leave the spot temporarily and come back again. The Chinese Coast Guard does not escort them. Prof Carl believes that the Philippines have to keep a close eye on China's movement in the Whitsun Reef, particularly the Chinese Air Force. They don't have to fear till the Chinese Air Force is involved in the present stalemate. They need to watch every action of China and also send a message that they are watching.

China is accustomed to moving in a vacuum. The situation will completely change when American and Philippine Coast Guards will move in each other's vessel. The only thing which stops an aggressor is the fear of defeat. In Prof Carl's view, more than the Philippines and Vietnam, it has to be a united effort by all the countries affected by China's bullying in the region. Vietnam, Japan, and the United States are willing to help the Philippines, but Rodrigo says he doesn't want to upset China. When China bullies its countrymen, he gets upset. China is bullying Philippines people because the Chinese know they can get away with it.

The problem with Vietnam is larger. If the Chinese set up a base in Cambodia, which they will one day, because if you look at the map, it is a natural progression. This is going to expose Vietnam's entire western border. The Philippines need submarines to defend its interests in the south china Sea, which Prof Carl suggests can be provided by Japan. Japan has a big stake in this area as 40% of Japan's maritime trade passes through this area. He thinks that Japan will help the Philippines with submarines and air power. If China stops Japanese ships from entering the South China Sea, it will take 11 additional days for Japanese cargo ships to reach their destination. What prevented Russia during the Cold War was not the fear of the United States, but the fear that they will have to deal with not only the United States, but the whole of the European alliance. So, these nations together can keep China in check. Such is the highhandedness of China that when an International Arbitration held the Chinese occupation illegal, it refused to abide by the judgment. However, this development will go in favour of the Philippines as the international community is aware of its disputed nature.

The East China Sea is not strategically located. The US and Chinese bases are equidistant from Senkaku. Also, Japan's Coast Guard is stronger than those of Vietnam and the Philippines, China's main target in South China Sea. The PAFMM gets greater support in the South China Sea from the Chinese military establishment compared to the East China Sea. Traditional thought in the Chinese military believes in isolating the enemy and establishing an advantageous geopolitical and military superiority before engaging in a war. Also, the best leader is the one who achieves victory without fighting.  China has secured much of the South China Sea and is using the PAFMM to expand its control without firing a shot.  It has worked so far. However, doing that around the Senkaku may prove to be difficult and expensive.

Interview by Sanjay Kumar, ex-editor MSN. Sanjay is a New Media content strategist, having 26 years of experience handling news in print and online media, of which 20 continuous years in New Media. He has worked with all the major online media organizations including the Times Internet, NDTV Convergence, HT Media Ltd, the India Today Group, and Microsoft. 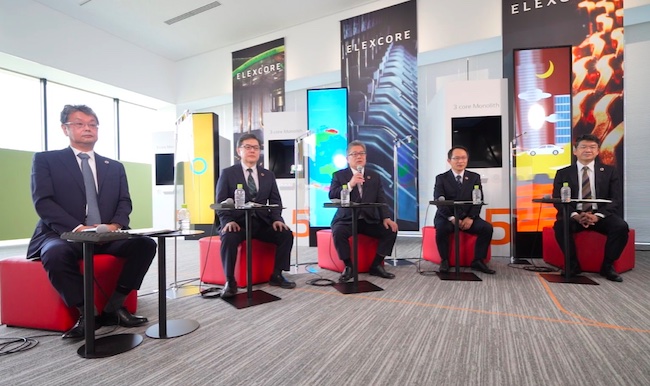 YOKOHAMA, Japan, May 28, 2021 - (JCN Newswire) -  DENSO, a leading mobility supplier, hosted its annual Dialog Day, where it shared how the company is achieving its Long-term Policy 2030. At this