The approval is based on results from the CLEAR (Study 307)/KEYNOTE-581 trial evaluating the combination for the first-line treatment of patients with advanced RCC. These results were presented at the 2021 Genitourinary Cancers Symposium (ASCO GU) and simultaneously published in the New England Journal of Medicine.(1) In this trial, LENVIMA plus KEYTRUDA demonstrated statistically significant improvements in the primary efficacy outcome measure of progression-free survival (PFS), as well as the key secondary efficacy outcome measures of overall survival (OS) and objective response rate (ORR) versus sunitinib. For PFS, LENVIMA plus KEYTRUDA reduced the risk of disease progression or death by 61% (HR=0.39 [95% CI: 0.32-0.49]; p<0.0001) with a median PFS of 23.9 months versus 9.2 months for sunitinib. For OS, LENVIMA plus KEYTRUDA reduced the risk of death by 34% (HR=0.66 [95% CI: 0.49- 0.88]; p=0.0049) versus sunitinib. Additionally, the confirmed ORR was 71% (95% CI: 66-76) (n=252) for patients who received LENVIMA plus KEYTRUDA versus 36% with sunitinib (95% CI: 31-41) (n=129). LENVIMA plus KEYTRUDA achieved a complete response (CR) rate of 16% and partial response (PR) rate of 55% versus a CR rate of 4% and a PR rate of 32% for those who received sunitinib.(2) In this trial, the five most common adverse reactions (any grade) observed in the LENVIMA plus KEYTRUDA combination arm were fatigue, diarrhea, musculoskeletal disorders, hypothyroidism and hypertension.(2)

Worldwide, it is estimated there were more than 430,000 new cases of kidney cancer diagnosed and more than 180,000 deaths from the disease in 2020.(3) In Taiwan, there were more than 1,400 new cases and more than 600 deaths in 2018.(4) Renal cell carcinoma is by far the most common type of kidney cancer; about nine out of 10 kidney cancer diagnoses are RCC.(5) Most cases of RCC are discovered incidentally during imaging tests for other abdominal diseases.(6) Approximately 30% of patients with RCC will have metastatic disease at diagnosis
treatment for localized RCC.(7),(8). The prognosis for these patients is poor as survival is highly dependent on the stage at diagnosis, and the five-year survival rate is 12% for patients diagnosed with metastatic disease.(8)

Eisai positions oncology as a key therapeutic area and is aiming to discover innovative new medicines with the potential to cure cancer. Eisai is committed to expanding the potential clinical benefits of lenvatinib for cancer treatment, as it seeks to contribute to addressing the diverse needs of, and increasing the benefits provided to, patients with cancer, their families and healthcare professionals.

The approval was based on data from the CLEAR (Study 307)/KEYNOTE-581 trial (ClinicalTrials.gov, NCT02811861), a Phase 3, multicenter, open-label, randomized trial conducted in 1,069 patients with advanced RCC with clear cell component including other histological features such as sarcomatoid and papillary in the first-line setting. Patients were enrolled regardless of PD-L1 tumor expression status. The study excluded patients with active autoimmune disease or a medical condition that required immunosuppression. Randomization was stratified by geographic region (North America and Western Europe vs. "Rest of the World") and Memorial Sloan Kettering Cancer Center (MSKCC) prognostic groups (favorable vs. intermediate vs. poor). The primary efficacy outcome measure was PFS based on Blinded Independent Central Review (BICR) using RECIST 1.1, and PFS results were consistent across pre-specified subgroups, MSKCC prognostic groups and PD-L1 tumor expression status. Key secondary efficacy outcome measures were OS and ORR.

Patients were randomized 1:1:1 to receive LENVIMA (20 mg orally once daily) plus KEYTRUDA (200 mg intravenously every three weeks for up to 24 months), or LENVIMA (18 mg orally once daily) plus everolimus (5 mg orally once daily), or sunitinib (50 mg orally once daily for four weeks on treatment, followed by two weeks off treatment). Treatment continued until unacceptable toxicity or disease progression as determined by investigator and confirmed by BICR using RECIST 1.1. Administration of LENVIMA plus KEYTRUDA was permitted beyond RECIST-defined disease progression if the patient was clinically stable and considered by the investigator to be deriving clinical benefit. KEYTRUDA was continued for a maximum of 24 months; however, treatment with LENVIMA could be continued beyond 24 months. Assessment of tumor status was performed at baseline and then every eight weeks.

In March 2018, Eisai and Merck & Co., Inc., Kenilworth, N.J., U.S.A., known as MSD outside the United States and Canada, through an affiliate, entered into a strategic collaboration for the worldwide co-development and co- commercialization of LENVIMA. Under the agreement, the companies will jointly develop, manufacture and commercialize LENVIMA, both as monotherapy and in combination with KEYTRUDA, the anti-PD-1 therapy from Merck & Co., Inc., Kenilworth, N.J., U.S.A.

In addition to ongoing clinical studies evaluating the LENVIMA plus KEYTRUDA combination across several different tumor types, the companies have jointly initiated new clinical studies through the LEAP (LEnvatinib And Pembrolizumab) clinical program and are evaluating the combination in more than 10 different tumor types across more than 20 clinical trials.
In Taiwan, Eisai's pharmaceutical sales subsidiary Eisai Taiwan Inc. is marketing Lenvima and is co-commercializing it with a local branch of Merck & Co., Inc., Kenilworth, N.J., U.S.A. 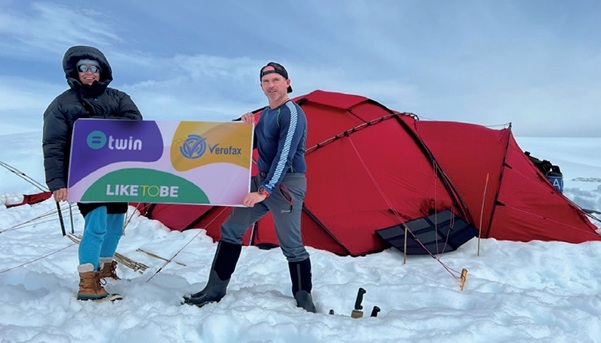 ScoopAsia
—
Eisai: Lenvima (Lenvatinib) in Combination with Keytruda (Pembrolizumab) Approved in Taiwan for the First-Line Treatment of Patients with Advanced Renal Cell Carcinoma
Share this