People who have genetic mutations of DIAD are known to develop Alzheimer's disease (AD) and will likely develop symptoms at around the same age their affected parents did, often in their 50s, 40s or even 30s. The major AD pathologies are amyloid plaque that consists of amyloid beta (Abeta) aggregates; neurofibrillary tangles; and intraneuronal aggregates of tau, all of which are believed to spread throughout the brain.

The purpose of the Tau NexGen study is to assess the safety, tolerability, biomarker and cognitive efficacy of investigational therapies in pre-symptomatic or symptomatic participants who have an AD-causing gene mutation. In March 2021, the DIAN-TU selected E2814, which was created from a research collaboration between Eisai and University College London, as the first investigational medicine among anti-tau drugs for the Tau NexGen study. With increasing evidence from clinical studies showing that targeting amyloid can reduce biomarkers of AD, the Tau NexGen clinical trial leaders selected Eisai's investigational anti-Abeta protofibril antibody lecanemab (BAN2401) as the background anti-amyloid therapy, and the study design was amended in November 2021.

Eisai positions neurology as a key therapeutic area, and it will continue to create innovation in the development of novel medicines based on cutting-edge neurology research as it seeks to contribute further to improving the benefits of affected individuals and their families in diseases with high unmet needs, such as dementia including AD.

The purpose of the Tau NexGen study is to assess the safety, tolerability, biomarker and cognitive efficacy of investigational therapies in people who have an AD-causing gene mutation. In the Tau NexGen study, symptomatic participants will be administered anti-amyloid beta (Abeta) protofibril antibody lecanemab for six months before being randomly assigned to also receive the anti-tau drug or a placebo. Since amyloid plaques accumulate before tau tangles in AD, this study design allows the researchers to assess whether amyloid removal clears the way for the anti-tau drug to function most effectively. Pre-symptomatic participants will be randomly assigned to receive the anti-tau drug or a placebo for a year before beginning lecanemab administration. By staggering the drugs in this way, the researchers will be able to evaluate the effects of the anti-tau drug alone before assessing the effects of the two drugs together. If the primary and secondary endpoints are positive in the analysis two years after the start of study, the study will be extended for another two years to assess whether the drug slows cognitive decline and has further effects on tau pathology.

An investigational anti-microtubule binding region (MTBR) tau antibody, E2814 is being developed as a disease modifying agent for tauopathies including sporadic AD. Phase I clinical studies are underway. E2814 was discovered as part of the research collaboration between Eisai and University College London. E2814 is designed to prevent the spreading of tau seeds within the brains of affected individuals.

Lecanemab is an investigational humanized monoclonal antibody for AD that is the result of a strategic research alliance between Eisai and BioArctic. Lecanemab selectively binds to neutralize and eliminate soluble, toxic Abeta aggregates (protofibrils) that are thought to contribute to the neurodegenerative process.

in AD. As such, lecanemab may have the potential to have an effect on disease pathology and to slow down the progression of the disease. With regard to the results from pre-specified analysis at 18 months of treatment, Study 201 demonstrated reduction of brain Abeta accumulation (P<0.0001) and slowing of disease progression measured by ADCOMS* (P<0.05) in early AD subjects. The study did not achieve its primary outcome measure** at 12 months of treatment. The Study 201 open-label extension was initiated after completion of the Core period and a Gap period off treatment (average of 24 months) to evaluate safety and efficacy, and is underway.

Eisai obtained the global rights to study, develop, manufacture and market lecanemab for the treatment of AD pursuant to an agreement concluded with BioArctic in December 2007. In March 2014, Eisai and Biogen entered into a joint development and commercialization agreement for lecanemab and the parties amended that agreement in October 2017. Currently, lecanemab is being studied in a pivotal Phase III clinical study in symptomatic early AD (Clarity AD), following the outcome of the  Phase  II clinical study   ( Study 201). In July 2020 the Phase III clinical study (AHEAD 3-45) for individuals with preclinical AD, meaning they are clinically normal and have intermediate or elevated levels of amyloid in their brains, was initiated. AHEAD 3-45 is conducted as a public-private partnership between the Alzheimer's Clinical Trial Consortium that provides the infrastructure for academic clinical trials in AD and related dementias in the U.S., funded by the National Institute on Aging, part of the National Institutes of Health, and Eisai.

In September 2021, a rolling submission to the FDA of a Biologics License Application (BLA) for the treatment of early AD under the accelerated approval pathway was initiated. Lecanemab was granted Breakthrough Therapy designation in June 2021, a U.S. Food and Drug Administration (FDA) program intended to expedite the development and review of medicines for serious or life-threatening conditions. 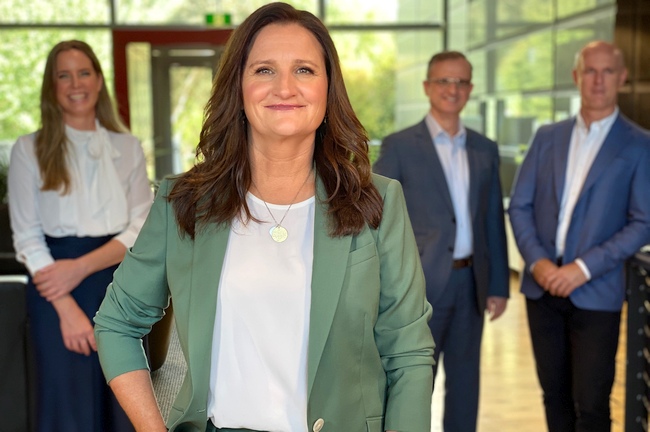