London, May 6, 2021 - (JCN Newswire) -  On March 28, FMC-Film Music Contest 2021 the unique international music competition and awards and one of the largest competitions of its kind in Europe expanding into Asia, has opened online registration for the regular and new competition categories.

You may submit films, videos and TV series of any genre without regard to the date of their creation. This includes any experimental, animated, documentary sci-fi films, films for children or genre hybrids with original music.

The music is the main and most important component evaluated in these works.

Members of the prestigious international jury FMC 2021 will decide which films or television series with original music will be this year's finalists and who will be the overall winner.

"In the past, we have discovered many very interesting films, videos and serials in different genres from many countries around the world for this category. The works were often visually ambitious; however, we were mainly interested in the sound component of the film and the original music score. We also screened the finalists at the closing gala ceremony, and it was a genuine experience for all the international guests in the hall," said FMC Director Vlado Zeleznak Jr.

In the past, this competition category was dominated by American and EU production, but also included works from Australia and New Zealand.

"Since FMC is attempting to incorporate Asia, we believe that Asian filmmakers and television with their extensive and high-quality production will also sign up for this year's competition," added Vlado Zeleznak Jr.

Registration around the world is already open online, directly on the official FMC website: https://www.fmcontest.com/product/films-videos-tvs-original-music/

The Deadline to enter Films, TV series, videos with original music is on August 31, 2021

FMC in collaboration with talented film and video maker, photographer and traveler Vlado Lorinc brings a completely new opportunity for all musicians to create their creative idea and compose trailer music for the travel documentary "The way of inspiration Iceland".

Iceland - popular spot and prominent location for Hollywood blockbuster films or tv series (Star Wars, Prometheus, Game of Thrones, Star Trek: Discovery, Interstellar, James Bond-Die Another Day, Fast & Furious 8) will be a location for all our competitors who will be able to realize their creative compositional ideas without any restrictions.

The competition is open to composers, sound designers, producers, musicians without age limit who will be able to work on the film in their studios and subsequently submit a film with original music online to the competition for the evaluation process.

For many composers, this may be their first experience of working on a professional film and try the whole process of musical composition. They will have plenty of time to create an interesting and unique musical perspective and further enhance the experience of this film work about a unique Iceland.

We believe that the whole process will be fun for the competitors, enriching with the same chance to advance to the semifinals and finals or become an absolute winner.

3. Compose Music for the Animated Sci-Fi film "To the Pathfinders of the Universe" by filmmaker, artist and visionary Alexander Krasnov.

This film is a sequel to the successful film scoring category, where composers and sound designers will be able to compose an original composition for this visionary work.

"This video is dedicated to all the researchers of this astonishing and bottomless space called Cosmos. Whether it's a vanguard of spaceships discovering new worlds, or scientists broadcasting from their sterile observatories - all of them, day by day, are helping us get closer to a more holistic understanding of the Universe," said Alexander Krasnov author of the film.

Online registration is possible via this link: https://www.fmcontest.com/product/compose-music-for-the-animated-sci-fi-film/

The Deadline to enter Animated sci-fi film category is on July 31, 2021
Along with the opening of the competition, FMC 2021's official video trailer was also unveiled.
https://youtu.be/x4F-IgfQjJg

Who will judge and listen to competition entries?
An elite group of professionals from the EU, USA, Asia and Australia will be made up of representatives from the music and film business who actively work for national TV broadcasters, the largest Asian and Hollywood film studios, cultural or theater institutions, agencies as well as for Netflix.

Valuable Prizes
Organizers are proud that thanks to this year's exclusive partners as well as event partners the prizes will be in such a high value of more than 58 000 Euros. 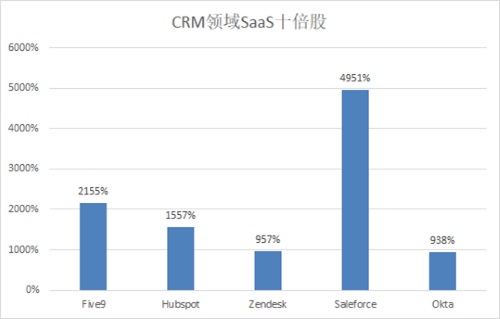