TOKYO, Jun 23, 2020 - (JCN Newswire) -  Fujitsu today announced that Fugaku(1), a supercomputer jointly developed by RIKEN and Fujitsu, was ranked No. 1 in the 58th TOP500 list of the world's supercomputers. Fugaku also took the No.1 position in the international ranking HPCG (High Performance Conjugate Gradient), which measure the processing speed of the conjugate gradient method(2) often used in practical applications including in the field of industry, and in the ranking of HPL-AI, which measures the performance of low-precision computing often used in AI such as deep learning.

Supercomputer Fugaku (in development and preparation)

The achievement of No. 1 in these three rankings indicates the overall high performance of Fugaku and demonstrates that it can sufficiently respond to the needs of Society 5.0(3) which aims to build a smart society that creates new value. Fugaku can contribute in such society as an information infrastructure technology accelerating the solution of social problems with simulation while advancing the development of AI technologies as well as technologies related to information distribution and processing.

The Fugaku system ranked first in the TOP500 list consisted of 396 racks (152,064 nodes(4), approximately 95.6% of the entire system), and the LINPACK performance was 415.53 PFLOPS (petaflops) with the computing efficiency ratio of 80.87%. It is the first time for a Japanese supercomputer to take the first place in TOP500 since the K computer claimed No.1 in November 2011 (the 38th TOP 500 list). Fugaku's performance is approximately 2.8 times that of the supercomputer ranked second in the TOP500 list with148.6 PFLOPS.

For this benchmark, 360 racks (138,240 nodes, approximately 87% of the entire system) of Fugaku were used to achieve the high score of 13,400 TFLOPS (teraflops). This proves that the supercomputer can efficiently handle such real-world applications in the field of industry and perform well. Moreover, Fugaku exceeds the performance of the No.2 supercomputer (2,925.75 TFLOPS) by approximately 4.6 times.

Unlike the conventional listings of TOP500 and HPCG which measure the performance of double-precision arithmetic logic unit, HPL-AI is a new benchmark established in November 2019 as an index for evaluating calculation performance that takes into account the capabilities of single-precision and half-precision arithmetic logic units used in artificial intelligence. For this measurement, a high score of 1.421 EFLOPS (Exa FLOPS) was recorded using 330 racks (126,720 nodes, approximately 79.7% of the entire system) of Fugaku.

This is also a historical record, as Fugaku achieved 1 exa (10 raised to the power of 18) in one of HPL benchmarks for the first time in the world. This proves Fugaku's capability to contribute to the advancement of Society 5.0, as a research platform for machine learning and big data analysis.

About the supercomputer benchmarks

The TOP500 list is a project that regularly ranks and evaluates the top 500 fastest supercomputer systems in the world based on LINPACK performance. Developed by Dr. Jack Dongarra of the University of Tennessee, US, to solve a system of linear equations by matrix calculation, the LINPACK program was launched in 1993 to announce the supercomputer ranking two times a year (June and November).

LINPACK measures the computing power of double-precision floating-point numbers used in many scientific and industrial applications and to get a high score on this benchmark, it is necessary to run a large-scale benchmark for a long time. In general, a high LINPACK score is said to be a comprehensive measure of computing power and reliability.

The TOP500 has long been a popular benchmark for evaluating computing power, which was an important performance indicator for solving a system of linear equations composed of a dense coefficient matrix. More than 20 years have passed since the project was launched in 1993, and recently it has been pointed out that the performance requirements of actual applications are not met, and the time required for benchmark testing is prolonged.

Accordingly, Dr. Dongarra et al. proposed a new benchmark program, HPCG, that uses the conjugate gradient method to solve a system of linear equations composed of a sparse coefficient matrix, which are often used in industrial applications. Following the announcement of measurements on the world's leading 15 supercomputer systems at ISC 2014 in June, the official ranking was announced at the International Conference for High Performance Computing, Networking, Storage, and Analysis (SC14) held in New Orleans, US, in November.

The TOP500 and HPCG have ranked supercomputers in terms of computational performance for solving a system of linear equations. In both cases, it was stipulated in the rules that only double precision arithmetic (16-digit floating point number in 10), which has been widely used in scientific and technological calculations as well as industrial applications, should be used for calculations.

In recent years, more computers, equipped with GPUs or AI dedicated chips, are adding a large number of low-precision arithmetic logic units (5 or 10 digits in 10) to increase their performance. Since these high-performance computing capabilities are not reflected in the TOP500 list, Dr. Dongarra et al. improved the LINPACK benchmark by allowing the use of low precision calculations and proposed a new benchmark, HPL-AI, in November 2019.

HPL-AI allows LINPACK to perform low-precision computations when solving a system of linear equations using LU decomposition(5). However, since the calculation accuracy is inferior to that of double precision calculation, it is required to obtain the same accuracy as double precision calculation by a technique called iterative refinement(6). In other words, it's a two-step benchmark. As the HPL-AI rules were issued in November 2019, this is the first announcement of the benchmark ranking.

Ten years after the initial concept was proposed, and six years after the official start of the project, Fugaku is now near completion. Fugaku was developed based on the idea of achieving high performance on a variety of applications of great public interest, such as the achievement of Society 5.0, and we are very happy that it has shown itself to be outstanding on all the major supercomputer benchmarks. In addition to its use as a supercomputer, I hope that the leading-edge IT technology developed for it will contribute to major advances on difficult social challenges such as COVID-19.

I believe that our decision to use a co-design process for Fugaku, which involved working with RIKEN and other parties to create the system, was a key to our winning the top position on a number of rankings. I am particularly proud that we were able to do this just one month after the delivery of the system was finished, even during the COVID-19 crisis. I would like to express our sincere gratitude to RIKEN and all the other parties for their generous cooperation and support. I very much hope that Fugaku will show itself to be highly effective in real-world applications and will help to make Society 5.0 a reality.

The Fugaku supercomputer illustrates a dramatic shift in the type of compute that has been traditionally used in these powerful machines, and it is proof of the innovation that can happen with flexible computing solutions driven by a strong ecosystem. For Arm, this achievement showcases the power efficiency, performance and scalability of our compute platform, which spans from smartphones to the world's fastest supercomputer. We congratulate RIKEN and Fujitsu for challenging the status quo and showing the world what is possible in Arm-based high-performance computing.

(1) Supercomputer Fugaku
Succeeding supercomputer K, Fugaku aims to contribute to Japan's growth and produce world-leading results by solving social and scientific issues in the 2020s. Under the flagship 2020 project of the Ministry of Education, Culture, Sports, Science and Technology (the development of post-K) initiated in fiscal 2014, RIKEN Computational Science and Research Center has developed Fugaku which is planned to start public service in fiscal 2021 (starting in April 2021).
(2) Conjugate gradient method
When a physical phenomenon is simulated by a computer, it is often solved as a large-scale system of linear equations. There are two methods for solving a system of linear equations: a direct method for directly obtaining a solution, and an iterative method for converging to a correct solution through iterative calculation. The conjugate gradient method is one of the iterative methods, and by combining the preprocessing, the correct solution can be converged quickly. It is often used in the world of computer simulation.
(3) Society 5.0
As first introduced in the Fifth Science and Technology Basic Plan, this is a proposal for "a human-centered society that achieves both economic development and the resolution of social issues through a highly integrated system of cyberspace (virtual space) and physical space (real space)," indicating the future society that Japan should aim for.
(4) Nodes
The smallest unit of supercomputer's computing resource that an operating system can run. One node of Fugaku consists of 1 CPU (central processing unit) and 32 GiB of memory.
(5) LU decomposition
A method of solving a system of linear equations. This method is called the LU decomposition method because the matrix is decomposed into the product of the lower triangular matrix (Lower-triangular matrix) and the upper triangular matrix (Upper Triangular Matrix) in the middle of the solution.
(6) Iterative improvement
An approximate solution of a system of linear equations by methods such as LU decomposition contains errors with the true solution. This is a method of solving a system of linear equations (using the errors) again and obtaining a solution closer to the true solution by correcting the approximate solution.

Fujitsu is the leading Japanese information and communication technology (ICT) company offering a full range of technology products, solutions and services. Approximately 130,000 Fujitsu people support customers in more than 100 countries. We use our experience and the power of ICT to shape the future of society with our customers. Fujitsu Limited (TSE:6702) reported consolidated revenues of 3.9 trillion yen (US$35 billion) for the fiscal year ended March 31, 2020. For more information, please see www.fujitsu.com.

Supercomputer Fugaku (in development and preparation) 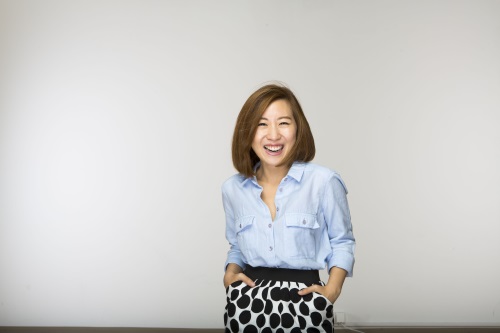