Ever since the debut of its first generation in 1999, the IS has pursued the fun of driving unique to compact rear-wheel-drive sports sedans. Along with being a car that has built Lexus driving performance by serving like a whetstone for fine-tuning the driving sense of drivers, the IS has earned popularity through its high-level driving performance, as well as through its sporty styling, selling an approximate cumulative total of 1.09 million units(1) over a span of more than 20 years.

As its unique value, Lexus pursues linear operation that is faithful to driver's intentions, such as in the seamless transition from deceleration to steering and acceleration during cornering, in all types of driving situations. We call this the "Lexus Driving Signature", and this will be the new development standard every Lexus model will reflect moving forward. In order to strengthen this driving performance, IS was thoroughly tested and honed at various places throughout the world, including the new Toyota Technical Center Shimoyama which opened in 2019. Uncompromising attention to detail has resulted in drivers of the new IS being able to enjoy a comfortable driving sensation even in everyday driving situations. In terms of styling, to achieve an aggressive design, efforts were made to create a wide and low form, while a high-precision stamping technology brought to life a shape characterized by sharpness. Furthermore, the IS features assertive application of advanced safety technologies, including an evolved version of Lexus Safety System+.

"What we had foremost in mind in developing the new IS was to make it a car that excelled in communicating with the driver and, as a car with wide latitude for providing such, would never fail in doing so, regardless of the road conditions or driving status. Toward achieving this, we retained the compact body that had been well received, and, with our team united, we endeavored to bring such to maturity by developing the new IS on a new test course. We aimed to make the new IS a Lexus compact sports sedan that provides high-quality riding comfort while offering a high level of vehicle control. We wanted it to be a car that enables people to make new discoveries, such as the discovery that the longer the new IS is driven the more one can experience the fun of driving. And we wanted it to be a car that enables people to feel the aspirations of those who created it."

Main Features of the New IS

"With an aim to pursue the fun of driving, and based on the philosophy that 'roads make cars', we brought the new IS to life by thoroughly driving it in harsh environments, including at Toyota Technical Center Shimoyama, which opened in 2019. We paid particular attention to aesthetic and emotional values, which cannot be measured using numbers alone, so as to pursue linear operation that is faithful to driver intention, such as during successive driving operations and in terms of driving rhythm. In creating the desired driving sensation, we examined elements of impurity, such as unpleasant vibrations and noises, from every possible direction, and we thoroughly investigated and eliminated their causes, returning to the basics so that we could evolve a comfortable driving sensation."

Toyota Technical Center Shimoyama, which opened in April 2019, is a vehicle research and development facility in the Shimoyama area of Toyota City in Japan's Aichi Prefecture. Its currently in-operation country road test course is based on Lexus's many years of experience of driving on the Nurburgring Nordschleife, famous throughout the world for its grueling driving conditions. The approximately 5.3-kilometer country road test course was designed to take advantage of the local topography. It features a roughly 75-meter change in elevation, a wide range of curves and corners, and various types of road surfaces. Repeatedly putting both the car and the engineers to the test daily in this severe driving environment enabled building in an ever-higher dimension of vehicle performance.

Based on test-drive results, thorough tuning was conducted for various road conditions and driving situations to improve elements such as instantaneous responsiveness to driver input and the suppression of unnecessary movement in sprung mass. Furthermore, not only the early response of steering and pedal application but also improvement of controllability upon "returning to center" makes successive driving operations smoother.

In the hybrid version, control of the generation of driving force in relation to accelerator input has been updated in pursuit of even-sportier driving.

The 2.0-liter turbo version features adaptive transmission control that evaluates the driving environment based on factors such as the depression of the accelerator by the driver, and selects the most-appropriate gear for each driving situation, achieving linear response to accelerator operation and driver intention.

Body rigidity was enhanced by, among others, reinforcing radiator side supports, increasing the number of front-side-member weld points, and optimizing structures from the C-pillars to the sides of the roof. This has resulted in the complete elimination of unwanted noise and vibration and improved riding comfort, as well as in improvement of driving performance, such as in the form of response to steering wheel operation.

Swing-valve shock absorbers have been employed and are equipped with ultralow-velocity valves in their pistons that manage oil flow in response to the most minor of road irregularities and that generate appropriate damping force. Even when the stroke speed of the shock absorbers is low, appropriate damping force will be exerted, providing excellent responsiveness on all varieties of road surfaces, resulting in ride quality that is consistently even.

Active Sound Control(4) enhances comfort and quietness during urban driving and delivers a powerful engine sound that creates a sense of driver-vehicle oneness in situations suited to enjoying aggressive driving.

(1) As of April 30, 2020, according to a Lexus survey
(2) Lateral force on a tire during turning, perpendicular to the direction of travel of the tire
(3) SmartDeviceLinkTM is a registered trademark of the SmartDeviceLink Consortium, Inc.
(4) Apple, Apple CarPlay, and iPhone are trademarks of Apple Inc., registered in the U.S. and other countries 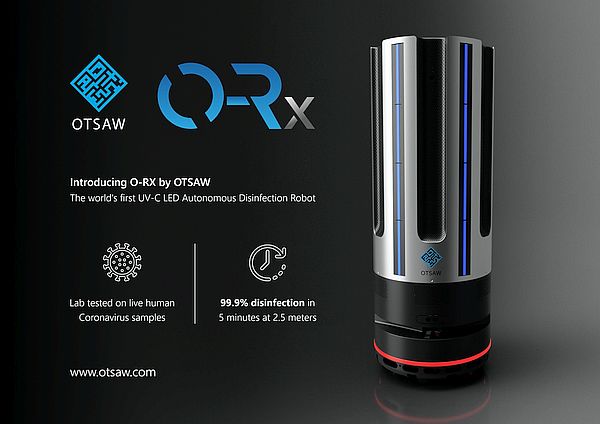