HONG KONG, Aug 20, 2021 - (JCN Newswire) -  Li Jiaqi, the most influential figure in China's livestreaming e-commerce space, recently announced his latest move - his hosting of a new fashion show at the iconic Shanghai K11 Art Mall, to be held between August 19-22. The show will feature five up-and-coming Chinese designers, based throughout the world, who will interact with visitors on the scene. It may sound like fantasy, but such reality is made possible through the implementation of livestreaming technology.

At the show, visitors can check out the 2021 autumn and winter collections, while at the same time interacting with the participating designers through opening relevant "doors." As an extension of Li Jiaqi WoW, Li Jiaqi's online live shopping information & recommendation program, the show promises an immersive experience unbound by time or space and different from the conventional live streaming studio partitioned by screens.

Li is China's most popular key opinion leader (KOL) in the livestreaming e-commerce industry - with nearly 170 million fans - and has driven sales of more than$430 million (RMB2.8 billion) in a single live broadcast. Since 2016, livestreaming e-commerce has grown in popularity in China. Outperforming all other shopping channels, its user scale reached 388 million till December 2020, 66.2% of whom bought products via this channel, China Internet Network Information Center (CNNIC) says.

At the heart of China's livestreaming e-commerce world as well as a contributor of such accomplishment, Li Jiaqi is a force of nature. Ever since entering the industry, Li has been a trendsetter, his opinions delivered with iconic style. A "Recommended by Li Jiaqi" endorsement can truly change a company's fortunes. Florasis, a Chinese makeup brand, was one such company, quadrupling its sales year-on-year to RMB 2.75 billion after partnering with Li, rocketing them the top of Chinese makeup brands for 2020. Leveraging his powerful influence, Li has led dozens of Chinese brands to nationwide popularity, leading to him being dubbed China's "top domestic product promoter."

Behind Li's to rise to fame are tags such as "Made in China," "makeup," and "lipstick," but deep down, Li has always had a greater ambition. In August last year, Li Jiaqi's team launched China's first livestreaming shopping information and recommendation program, Li Jiaqi WoW, a confluence of information on new products, available globally, across a number of categories. This shift to a more global focus is all part of Li's efforts to import designer brands around the world into China's market. Since then, Li Jiaqi WoW has aired nearly 50 episodes, eliciting a strong response across China's social platforms, such as Weibo, TikTok (Douyin), and Xiaohongshu (RED). The program is expected to further integrate offline channels as it looks to provide designers and brands with better opportunities for promotion.

Li's move of promoting international brands nationwide via his livestreaming channel has worked out favorably for most featured brands. In a Salvatore Ferragamo live broadcast, for example, two hundred Salvatore Ferragamo Creation handbags, priced at RMB 17,000 each, quickly sold out.

Li Jiaqi's story is not simply one of commerce and consumption, but also one that reveals the ongoing change in brand marketing and promotion in China followed by technological development and changes in Chinese people's consumption behavior.

As the "door" metaphorically implies in Li Jiaqi's new product launch, live streaming e-commerce breaks borders and boundaries of space via online and offline channels, and presents brands to the market at a minimum cost, maximizing benefits for both brands and consumers. The CNNIC stated in its report that livestreaming e-commerce users made up a mere 39% of China's netizen population as of December 2020. Given the country's total internet user population of 989 million, as well as its internet penetration rate of 70%, livestreaming e-commerce is certain to grow its market share in the coming years, with data analytics company iiMedia Research predicting that by 2025, China's livestreaming influencer-led e-commerce transaction volume will reach$1 trillion (RMB 6.4 trillion). 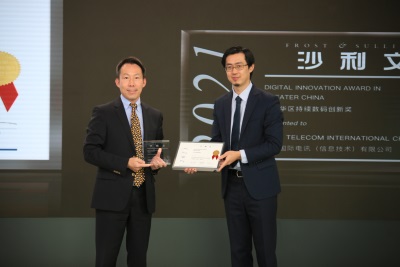 ScoopAsia
—
Li Jiaqi and Livestreaming, Unbound by Time or Space
Share this