HONG KONG, Nov 16, 2022 - (JCN Newswire) -  Over the past few months, successive "Weight-loss" actions by Fosun International (HKEX: 00656) have come under the spotlight in the capital market.

On the evening of 6 November 2022, Yuyuan Inc., a subsidiary of Fosun International, announced its proposal to transfer 654 million shares, or a 20% equity stake, in Zhaojin Mining Industry Co., Ltd. ("Zhaojin Mining") to Jinshan (Hong Kong) International Mining Co., Ltd., a wholly owned subsidiary of Zijin Mining for a total consideration of HK$4.395 billion. In addition to Yuyuan Inc.'s previous stake reduction in Zhaojin Mining on the secondary market in September 2022, Yuyuan Inc.'s shareholding in Zhaojin Mining would be declined to 1.26%. On 19 October 2022, Fosun proposed to transfer 60% of the equity of Nanjing Iron & Steel United Co., Ltd. ("Nanjing Nangang") to Shagang Group at a total consideration of no more than RMB16 billion.

Gearing up for Strategic Transformation
After its investment in both Nanjing Nangang and Zhaojin Mining for a long period of time, the successive proposed disposals of its equity stakes in the two companies are expected to generate a total of RMB20 billion in return of funds. Considering the proceeds from the disposals and the dividends received from the two companies over the past 20 years, the divestments have proven quite successful in terms of return on investment. However, we cannot simply explain Fosun's recent disposal of its assets and partial equity stakes by an ordinary logic in investment.

Fosun's divestments are aimed at effective debt control and enhanced capital security. Through an accelerating strategic business transformation and disposal of certain assets, Fosun is able to focus on its core business of fast-growing family consumption.

The market has viewed Fosun's recent divestments favorably. A number of investment banks, including Morgan Stanley, Citi and Goldman Sachs, have issued research reports that support Fosun International in its recent moves and reiterated their "buy" ratings on the company. They expected Fosun's disposal of its non-core assets in an effort to decrease its debt-to-equity ratio, mitigate the concerns about its liquidity, streamline its asset portfolio and focus on its core businesses. Citi mentioned in its research report that after a number of mergers and acquisitions, spin-offs and disposals of non-core assets, Fosun has become a more diversified conglomerate with an asset-light business model that is well-positioned to benefit from the increasing discretionary spending by Generation X in China. In Citi's view, the successful disposal of shares in Nangang at the right price is the right thing to do as it will enable Fosun to redeploy its resources for better uses.

According to people closed to Fosun's disposal of Nanjing Nangang shares, there were nearly 20 prospective buyers who bid for the equity stake. Fosun gave preference to those potential partners who would facilitate the long-term development of Nanjing Nangang, hoping that the transaction would benefit all parties involved. In Zijin Mining's public statement about its acquisition of Zhaojin Mining, Zijin Mining said that after it became the second largest shareholder of Zhaojin Mining, the two parties would be able to give their respective advantages full play, further consolidating and enhancing both companies' positions in the global gold mining industry.

After its "Weight-loss" actions, Fosun will continue to grow and strengthen its well-established business segments, including health, happiness and wealth. For instance, Fosun will concentrate more resources on the research and development of innovative drugs by Fosun Pharma, the development of "Grand Yuyuan" and the growth of Shede Spirits, etc. In the long run, there is huge room for growth in China's consumer market. Focusing on its main businesses and taking measures to consolidate its role in the real economy is undoubtedly a thoughtful decision made by Fosun on surmounting the volatility of an economic cycle.

Recently, Fosun Pharma, Yuyuan Inc., Nanjing Iron & Steel and Hainan Mining, which are the four listed companies under Fosun, held a joint presentation of their third-quarter results for 2022 at the Shanghai Stock Exchange. Guo Guangchang, Chairman of Fosun International, attended the presentation through a video conference and said that technology innovation and China's opening-up to the global market at a higher level held the key to fostering a new development pattern. In order to grasp emerging opportunities, Fosun will "focus on its core businesses, deepen innovation and globalization". 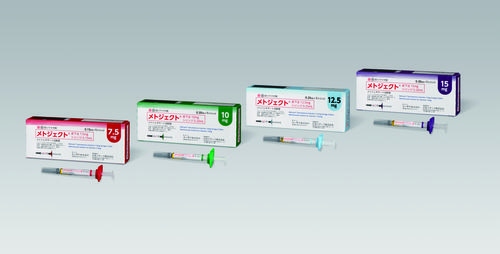 ScoopAsia
—
The Logic Behind Fosun's "Weight-loss" Actions: To Focus on the Core Businesses and Deepen Innovation and Globalization
Share this