Toyota City, Japan, Nov 27, 2019 - (JCN Newswire) -  Toyota Motor Corporation (Toyota) and Nishi-Nippon Railroad Co., Ltd. (Nishitetsu) will begin full-scale operation on November 28 of the Toyota-developed multi-modal mobility service "my route" for smartphones, which will be launched in Fukuoka City and Kitakyushu City in collaboration with service providers in the areas of traffic, shopping, and event information. The project will also be expanded to include the Kyushu Railway Company (JR Kyushu).

Toyota and Nishitetsu began trials of my route in Fukuoka City from November 1, 2018, through which they aimed to verify the viability of multi-modal mobility services, understand areas for improvement, and provide more convenient services for residents and tourists. With the app downloaded about 30,000 times during the one-year trial period, and about 80 percent of survey respondents saying they were "satisfied" after using it, the service proved to be popular and commercially viable. For this reason, as the service begins full-scale operation, service areas have been expanded from Fukuoka City, where the trials were conducted, to now include Kitakyushu City.

As my route moves to full-scale operation, service convenience is being dramatically improved in a number of ways, including expanding choice of electronic payment methods with support for Toyota Wallet(1), connectivity with Toyota's car-sharing service with support for Toyota Share, and Chinese (traditional and simplified) and Korean languages planned in addition to the current Japanese and English(2).

Collaborations with Shinkansen (bullet train) and highway bus will also provide support for long distance travel, with Fukuoka City and Kitakyushu City being the starting point or destination. Specifically, services offered will be gradually expanded with links to JR Kyushu Net Yoyaku(3), an online ticket booking service for the Kyushu Shinkansen operated by JR Kyushu and highwaybus.com(2), a booking and payment site for reserved-seating highway buses operated by Keio Dentetsu Bus Co., Ltd.

Going forward, my route will become even more convenient through collaborations with Fukuoka City, Kitakyushu City, and other businesses in addition to the core partnership of Toyota, Nishitetsu, and JR Kyushu. 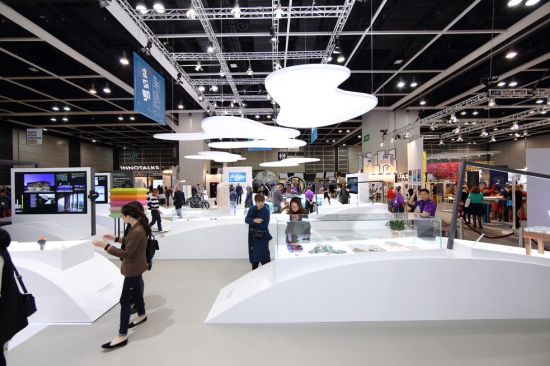 HONG KONG, Nov 27, 2019 - (ACN Newswire) -  Organised by the Hong Kong Trade Development Council (HKTDC), DesignInspire will be held from 5 to 7 December at the Hong Kong Convention and