The penultimate round of the 2022 WEC season sees the series return to Fuji Speedway, located 100km west of Tokyo, for the first time since October 2019 and TOYOTA GAZOO Racing targets a fifth consecutive victory on its home track.

Close competition over the first four races of the season sees TOYOTA GAZOO Racing lead the manufacturers' standings by 15 points from Alpine following a dramatic 6 Hours of Monza in July.

The 2022 Le Mans winners Sebastien Buemi, Brendon Hartley and Ryo Hirakawa, in the #8 GR010 HYBRID, were runners-up in Italy and are second in the drivers' championship, 10 points behind the leading Alpine crew.

Reigning champions Mike Conway, Kamui Kobayashi and Jose Maria Lopez finished third at Monza after having contact with another car whilst leading the race, and they aim for a second win of the year in their #7 GR010 HYBRID.

Both Kamui and Ryo have already raced at Fuji Speedway this year, in Super Formula. Ryo won the season-opening race there in April to add to his Super GT victory there in 2020.

The GR010 HYBRID will race for the first time in front of Japanese fans and partners this weekend, although the 2021 Le Mans-winning example has been exhibited around the country since it made history by becoming the first Hypercar to win at La Sarthe.

Fuji Speedway is more than a home race for the team. The hybrid powertrain in the GR010 HYBRID is designed, developed and built just a few kilometres from the track and, for many colleagues from Higashi-Fuji Technical Center, this weekend's race is their first chance to see the car in action.

The 4.563km track, which is the shortest on the WEC calendar despite its 1.5km start-finish straight, is also the most successful circuit for TOYOTA GAZOO Racing, which has won seven of the eight WEC races, missing out on the top step of the podium only in a difficult 2015 season.

Historically, Fuji Speedway played a significant role in Toyota's endurance racing development. The iconic 2000GT sportscar showed its speed with wins in the 1967 24-hour and 1000km races, whilst the Toyota 7 wrote itself into legend with fearsome performances there, including victories in the Fuji 1000km in 1968 and 1969.

The All Japan Sports Prototype Championship, a national series for Le Mans-style cars, brought Toyota back into front-line sportscar competition in the 1980s and it became a regular winner at Fuji Speedway, which also hosted Japan's first World Sportscar Championship race in 1982.

The circuit, on the foothills of Mount Fuji, was upgraded in 2005 and, while the track lay-out remains unchanged since the first modern WEC race there in 2012, the surroundings will look different thanks to the development of a new motorsport resort, including museum, driving centre, visitor entertainment and hotel.

The always-enthusiastic Japanese fans get their first chance to see the Hypercars at Fuji Speedway on Friday, when two 90-minute practice sessions are scheduled. Final practice on Saturday prepares the teams for an early afternoon qualifying, while the race begins at 11am local time on Sunday, 4am CEST.

SEOUL, SOUTH KOREA, Sep 5, 2022 - (JCN Newswire) -  HK DECOMAN Technology Limited ("DECOMAN") is now expanding its footprint in Korea to capture the opportunities of growing demand for its services. With 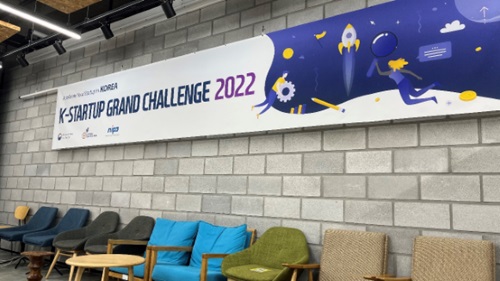 SEOUL, SOUTH KOREA, Sep 5, 2022 - (ACN Newswire) -  HK DECOMAN Technology Limited ("DECOMAN") is now expanding its footprint in Korea to capture the opportunities of growing demand for its services. With